In terms of unadulterated pulling power the grass carp has few rivals in the freshwater arena.

A carp by any other name.

Meet the amur, a mega-minnow with Asian roots, as in the Amur River system on the Russian and Chinese borders.

It’s more commonly known as the grass carp.  As with the common carp, it’s a member of the minnow family that feeds almost exclusively on aquatic weeds and plants.

Imported to the Arkansas in the early 1960’s for aquaculture purposes, namely to control vegetation, the species was stocked in the Arkansas River as well as a few lakes. It quickly spread into the Mississippi River drainage and Boom! Shortly afterwards breeding populations were established.

And the fish spread like butter on a steaming cob.

Fast forward to the late 80s; grass carp were still being raised in private hatcheries in many states, but with some physiological tinkering, these were now triploid (three sets of genes) as opposed to diploid (two) and thus unable to reproduce. Strict stocking restrictions were put in place. Rivers were off limits, with lakes and ponds having maximum sizes and zero outlets for this torpedo-shaped grass eater to escape.

“They (grass carp) are escape artists that have an amazing capacity to find a way out,” described one retired New Jersey fisheries biologist who was involved with the select stocking of the species during the 90s. Indeed, the most common catalyst for spreading is a rain event that results in heavy, forceful flooding that the aqua-dynamic amur quickly find a flow and go with it. Spillways in private lake communities are a perfect example.

Not good—this top-to-bottom feeder excels at what it does, i.e. eat vegetation, and lots of it. If it grows in the water, grass carp will consume it. Pretty quickly, too, sometimes wiping out weed populations altogether. Even the nasty filamentous algae is not spared. The end result is that, if present, bass, panfish and pickerel suffer loss of habitat, their respective populations possibly crashing.

All negatives aside, the grass carp offers incredible big fish opportunities. Growing to weights in excess of 50 pounds, it’s rivaled in the freshwater arena perhaps only by the pure strain muskie and flathead catfish when it comes to unadulterated pulling power. The challenging part of targeting amurs is finding them. Locate a swim where they’ve been stocked in public waters (check with the respective state fisheries bureaus) and then look for ancillary flows nearby where they could have possibly migrated.

Once a venue is located, expect to find amurs cruising close to the surface and near the banks as they search for sustenance. This time of the year that can be from full sunrise to after sunset. Surface and shallow water feeders, they’ll key on weeds, grass clippings (no kidding) and are not averse to coming through the surface to grab overhanging grass, dandelions and such.

Baits? “Almost exclusively,” as mentioned above are the operative words, as hungry grass carp will also inhale kernel corn, pieces of broccoli florets and iceberg lettuce, and thawed frozen peas.  When it comes to the corn, pre-bait a couple of days prior.

Enterprising amur hunters showed us grass clippings glued to wide gap hooks. Presented ahead of a half-filled clear casting bubble and twitched slightly as the carp approaches will be acted upon. Acorns present an added Indian Summer entree. Shelled, part way sliced and with a light wire number 6 or 8 octopus hook inserted in the cut (we sometimes touch with a dab of Gorilla Glue) and dropped in front of a cruiser. Watch for the strike and hold on.

We’re all about 10- to 12-pound test mono blood-knotted to a foot long 12-pound test pink fluorocarbon leader. Amurs can be eyeballers.

On the fly? Oh, yes!  Mid to dark green deer or elk hair flies tied to resemble a small wad of grass in numbers. Size 2 to 6 will do it. Think mulberry flies for common carp. Same shape, just green. Pinch the barb. Numbers 6 and 8 weight foward lines, 2X-4X tippets predicated on water clarity. Do not be surprised if the amur takes you into the backing.

Oh, and not to mention the top fillets are luscious. One would think a mossy taste to the top fillets; not so. The white meat is neutral and takes well to grilling, broiling and frying. Amur nuggets are a favorite. Our personal touch is an overnight soak in Kosher saltwater, a pat dry, spritz with olive oil spray and then a few shakes to both sides with Old Bay or Chef Lenny’s mildly spicy Cajun seasoning. 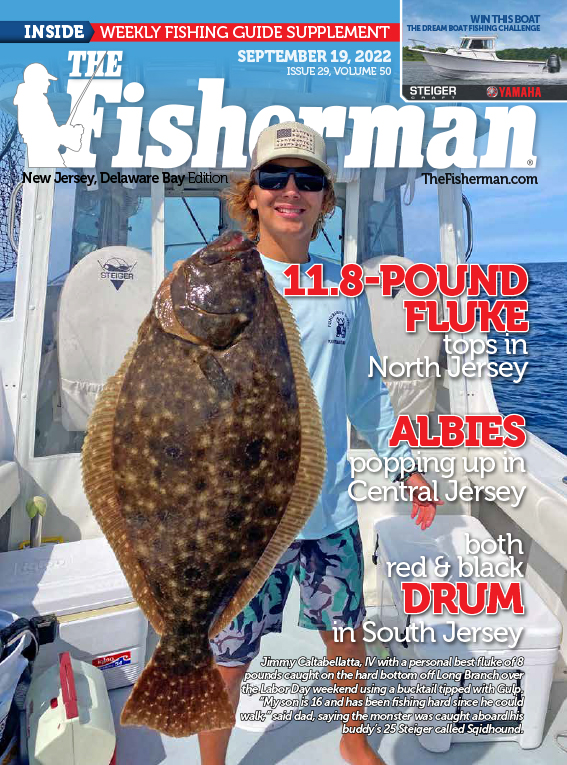