Our first “species spotlight” of 2022 looks at one tough little freshwater trout!

The Eastern brook trout is one tough little fish! These small char have some of the prettiest colors I have ever seen on a freshwater fish during their fall spawning season. The male offers vivid red and orange colors below the lateral line of the fish, while the female tends to have a more subdued coloration.

Native Eastern brook trout range from eastern Canada through northeastern Georgia.  They are found in 20 additional states with sustaining populations in 14 states outside their original range.

Trout in the Northeast spend their adult life in cold headwater streams, large rivers, ponds, and large lakes in inland and coastal areas.

The beautiful coloration of brook trout is distinct for this species. The back, dorsal and caudal fin have vermiculations – wavy, wormy lines on their surfaces. The sides have iridescent blue spots, large yellow spots, and some small red spots circled by blue. A white bar sets off the front edge of each of the lower fins with a black stripe edging into the reddish colored fin.

Brookies, also known as speckled trout, prefer habit of fallen trees covering streams and brooks, or submerged wood in which to hide from predators. Biologists in New Hampshire have coined the phrase “Wood is good for Brook trout”.

In October or November, the trout prepare to spawn. Cold-water temperatures slow the rate of growth, while warmer waters increase the growth rates.  Fertilized eggs develop safely just below the surface of the gravel where they are buried.  About 30 days after spawning, eyes and spine of the developing trout can be seen through the shell. These eyed-eggs hatch into sac fry or alevin in another 45 to 60 days, depending on water temperatures. The sac fry develop and grow for an additional six to eight weeks in the redd using their yolk sac for nutrients.

As the stream temperature rises, they emerge as fry in early to mid-spring. Growing fry or parr have dark vertical bars on their sides called parr marks, which camouflage the fish.  Parr feed for between 0-3 years before they become mature adults and able to spawn.

Brook trout grow to a length of 4 to 16 inches, with 6 to 8 inches being the average length in Northeast waters. Colder waters with low fishing pressure in Canada and the Great Lakes may see trout as large as 24 inches in length and weighing well over 6 pounds.

At spawning, males are bright red on the stomach with a hooked jaw known as a kype.  Females may be mottled with darker parr-like markings or color may remain unchanged.

In October or November, the female trout will search for shallow water with a well-aerated gravel bottom. She fans the gravel with her tail fin to create a redd—a nest-like depression in the streambed. She lays some of her eggs in this redd and nearby adult and sometimes juvenile males fertilize the eggs with milt. Then the female expands the redd just upstream or off to either side of the first redd. The gravel from one spawning settles downstream covering previously laid eggs. She continues the process until all of her eggs have been laid.

Smaller trout produce only about 50 to 100 eggs with larger fish producing 1,000 to 2,000 eggs.  The eggs are safe in the gravel until spring when the fry emerge.

Male and female trout exhibit specific behaviors during the spawning act including pair formation which takes place when both the male and female align themselves on the bottom of the redd while facing into the current as the female releases her eggs and the male simultaneously releases milt to fertilize the eggs. Both fish are observed quivering as they release their brood directly onto the stream bed.

Both the male and female repetitively swim circles on the bottom then lower themselves down to the stream substrate – the female lays on her side and expands the redd heading into the current covering previously laid eggs using her powerful tail fin, as the male swims beside the female to fertilize each new deposit of eggs.  At this time starts the challenging period the population will face before spawning in the fall and starting over the cycle of life.

The common method I have observed fishing for brook trout is by fly-fishing and using artificial, typically, hand-made flies of many types, styles and colors – depending upon the native habitat and insects found in the area you are pursuing the trout. 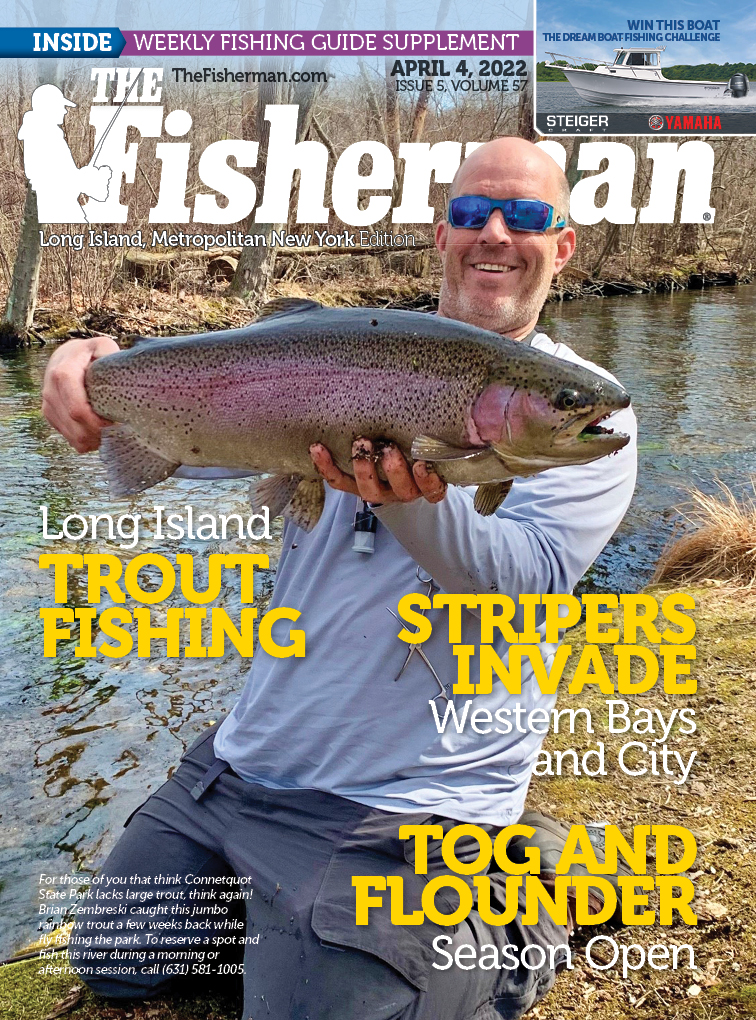