I’ve always been a die-hard Tom Petty fan but I highly doubt he was thinking about striped bass and black drum when he titled his album Full Moon Fever, even if visions of bass and black drum are exactly what cross my mind during the full moon in the month of June.

While June generally marks the ending of the New Jersey spring striper run, it also happens to withhold some of the largest linesiders that stay in the shadows of the surf. June also details the beginning of the end of the black drum spawning period.

But what do those two fisheries have in common? Both species chew big time in the surf around the June full moon which this year falls upon June 14, with the other prime date occurring just before the new moon that passes on May 30 and arrives again on June 29.

So what is it about the June full and new moons that get bass and drum biting? A few factors hold true. Firstly, a fun fact and most important piece of knowledge is that always in New Jersey the day of both the new and full moon high tides hit around 8 a.m. and 8 p.m. on the surf. That’s a scientific fact. Those full moon high slack tides are perfect for morning and evening fishing when most predatory fish are on the prowl to feed.

The high water tides unlock many facets. High waters on the moon allow for more water to inundate the surf cuts and sloughs for larger fish to move into. Think about the girth of a 30- to 50-pound striper or the shoulders of a 40- to 70-pound black drum. Those big brutes need not only enough water to swim in and feed, but enough water to feel comfortable that they aren’t going to get caught on the dropping tide.

The full moon also floods the backwater sod banks and sedges, sucking all the mussels, clams, crabs, shrimp and other forage off the sod banks and into the waters that flush out of the inlet areas. As well, you don’t have to cast far to be in the zone where fish are feeding so you do not need a long haul mile long cast to reach the big ‘uns.

Starting off with trophy bass, the moon tides will bring the remaining large trophy caliber bass in to feed, so you need to go big. By that I mean rig up with something along the lines of a 12-foot Shimano Tiralejo rod rated for 30- to 50-pound, matched with a Shimano Ultegra 14000 class reel spooled with 50-pound braided Power Pro line. My favorite rig on those moon nights is a fishfinder slide type of rig, where a 100-pound barrel swivel is tied on after the fishfinder braid- friendly slide with a 3-ounce pyramid sinker put on in front of it, then a 30-inch section of 40- to 50-pound Seaguar fluorocarbon leader attached to a 8/0 to 10/0 Gamakatsu or Mustad circle hook.

Remember, circle hooks are mandatory issue now for targeting striped bass with any type of bait. For stripers, fresh bunker is as good as it gets, though you can opt for clams in a pinch. Gut off a solid 4-inch chunk of bunker and hook the bait, piercing just below the backbone so the barb comes out the other side. If using heads, I like to hook the head just behind the eyes of a bunker head so the bait lays flat on the ground instead of flopping around if you were to hook it through the lips.

The same aforementioned rig and rod/reel setup will work for black drum, which is very convenient as you do not have to switch anything up if you want to target both bass and drum. But the key to targeting boomers is to go with fresh gobs of clams as bait. One whole fresh clam is plenty of bait for a drum. Shuck the clam and begin by piercing the hard tongue at the tip, then lance it again two more times through the tongue. Get rid of the goopy belly of the clam that will fall off anyway, but utilize the stringy clam strips that line the shell onto the hook after the tongue is secured. The strips should be pierced on four or five times and let the rest dangle off. The strings not only act as an attractor, but they absolutely help keep the tongue part of the clam secured to the hook both on the cast as well as when it is washing around in the surf.  Suffice to say, since you’re fishing for drum or striped bass, the circle hook mandate sticks.

Circle hooks demand that you do not rear back vertically and set the hook when the rod goes down.  Set the drag with enough pressure so the bass or drum can pull the line off, then once the fish takes the bait and runs, slowly dial the drag up a half notch to plant the hook effectively when the bass is running and pull the rod at a 45-degree angle to secure the hookset.

The angle of the hookset is key to success. If you do have a fish that picks up the bait and the line goes slack, that means the fish is coming towards you and you have to adapt because you cannot plant a circle hook effectively with the fish pointed directly at you. If that’s the case, reel up tight until you feel the weight of the fish, then slowly pull the rod to the side to get it to change its direction subtly to get an angle, then pull the rod steadily to the side to plant the hook. The battle on a big bass or drum will not be swift as both species will pull drag and test the limits of your tackle, so be patient during the fight.

I find that the primo time to target both species on that 8 o’clock full moon tide is early from 6 to 9 a.m. then 7 to 10 p.m., which usually means during some of the dark hours, though both species will bite so long as there is enough water to allow them to come in and feed. The June full moon run of bass and drum is not a quantity type of fishing, but more of quality of fish. This is the tiny window of the season you can have a true big game fight in the Jersey suds if you mark the calendar and hit it hard on both the full and new moons, namely up to three days before and after.

Spots such as Island Beach State Park, down to Brigantine Beach, and out along the Delaware Bayshore are all drum and bass haunts.  Certain beaches and stretches along this range have been top producers already during the May run at the Jersey Shore, and should prove to be fish producers this month, especially around the time of the next lunar events.

Go get your trophy fish this June and experience the Full Moon Fever in all its glory. Be sure to put on Tom Petty’s Full Moon Fever album on the IPhone for the full effect. 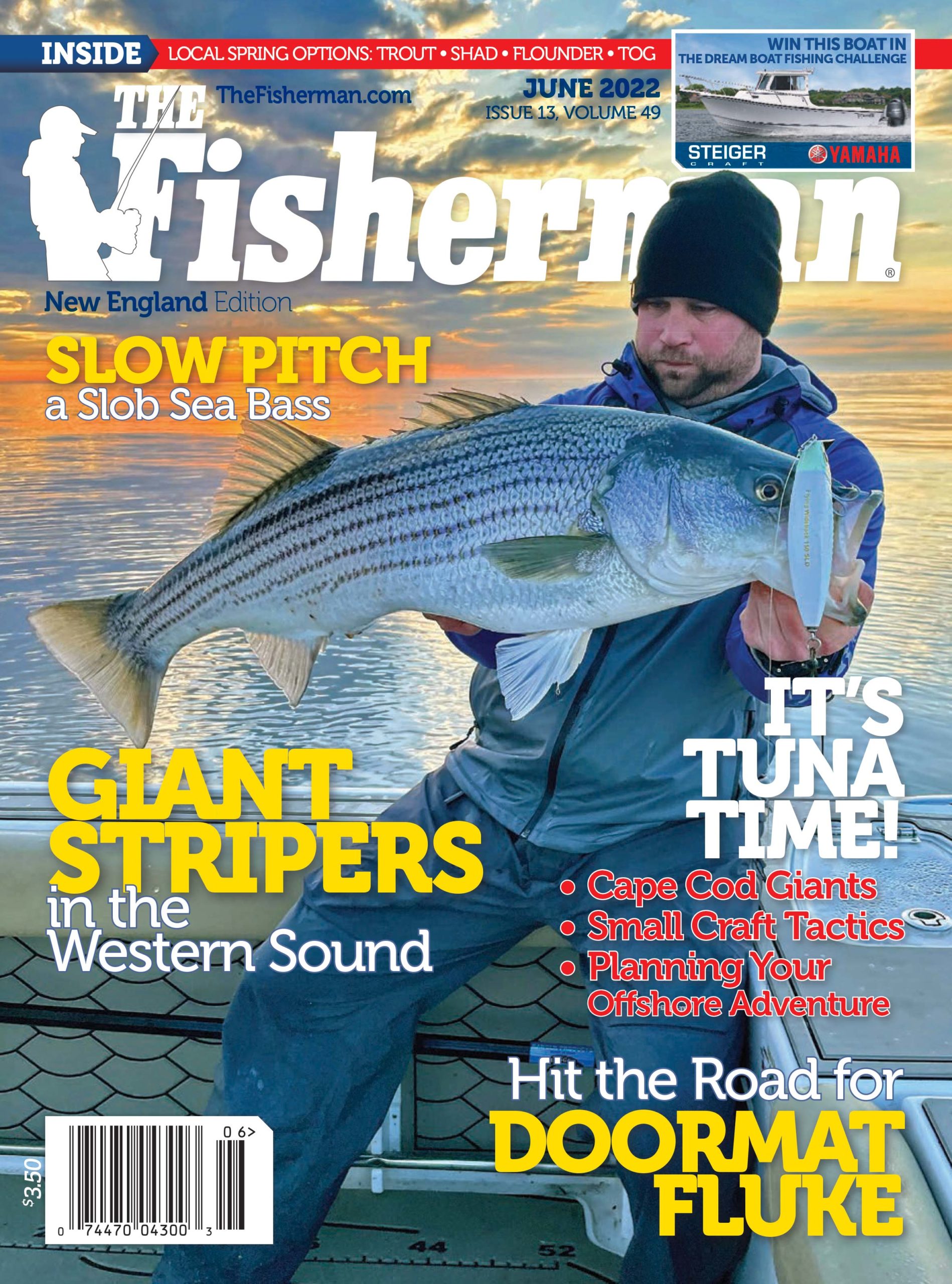