A little vent.  In May, the Cares Act was passed, however, the funds for Marine Fisheries have been sitting somewhere until the State of New Jersey, NOAA and whomever else needed to put their heads together to figure out how to disperse the whopping $11,247,242 allotted to New Jersey fishing businesses out of $300M total for the entire industry.

Six months later on October 19, applications opened. I took a moment to read the fine print some more.  These funds are for those in the fishing industry who suffered losses of 35% or more during the months of March-June while we were shut down.  Here’s where the frustration comes in; if you drive up and down our coast you will see multiple party boats, then, mixed in all the other boats are private for hire recreational fishing boats, like ours. On top of that there’s generally at least one tackle shop near every marina, possibly more. Oh, and mixed in those marinas are repair shops as well as commercial fishing vessels (the ones that catch lobsters, scallops, etc. for restaurants).

So, the powers decided that the $11M will be divided over sectors within the industry. We, private for hire boats, the itty-bitty guys of the industry, have been grouped with the party boats and bait and tackle shops in the recreational sector. To say I’ve lost hope in all of our leaders would be an understatement. I’m not confident either that anything will change after the election.

The grant states that, “Payments are determined by sector and total amount of loss. The total award amount received by each entity will depend on the number of applicants and the total loss incurred by each application. Each eligible applicant will receive a payment (Pi) equal to the ratio of available sector funding to reported losses for the entire sector multiplied by their individual reported loss.”  The allocation of money each sector will receive is as follows: Commercial Sector 55% ($6.1M), Recreational Sector 10% ($1.1M), and Dealer/Processor Sector – 35% ($3.8M).

The application period is open for one month through mid-November at which point all applications will be reviewed, added up and then divvied up.  Seven months later, possibly longer. Our losses, a sliver of the party boats, but painful in the same way, will we even see anything over a couple hundred dollars? Just like with regulations most years, it feels like another kick to the “little guys.”   As if the government wants us little guys who help bring support to our shore economies to sink.

I am over COVID; I don’t mean that I don’t care about the seriousness of the virus anymore or the lives lost, but I am over COVID and all that it has robbed from us.  We won’t talk about my anxiety that I struggle to hide every day. I can’t even imagine what restaurant owners and other small businesses who are still being demolished feel.  My heart hurts so much for them. But I am so over COVID.

EDITOR’S NOTE:  Melissa Kerber and her husband, Capt. Erik Kerber, run On A Mission Fishing Adventures out of Belmar.  It’s worth noting that those in the commercial and processing side who are allotted 90% of the CARES Act fish funds in the Garden State are getting a chance recoup lost monies through increased vessel trips limits on fluke.  In other words, after proving losses of 30% or more at the early onset of the COVID pandemic, commercial fishermen were allowed to harvest more fluke while taking a majority of CARES Act funds.  Regrettably, recreational fishing businesses are getting a paltry 10% of the funding, and they were not awarded an additional days to fish in 2020. -JH 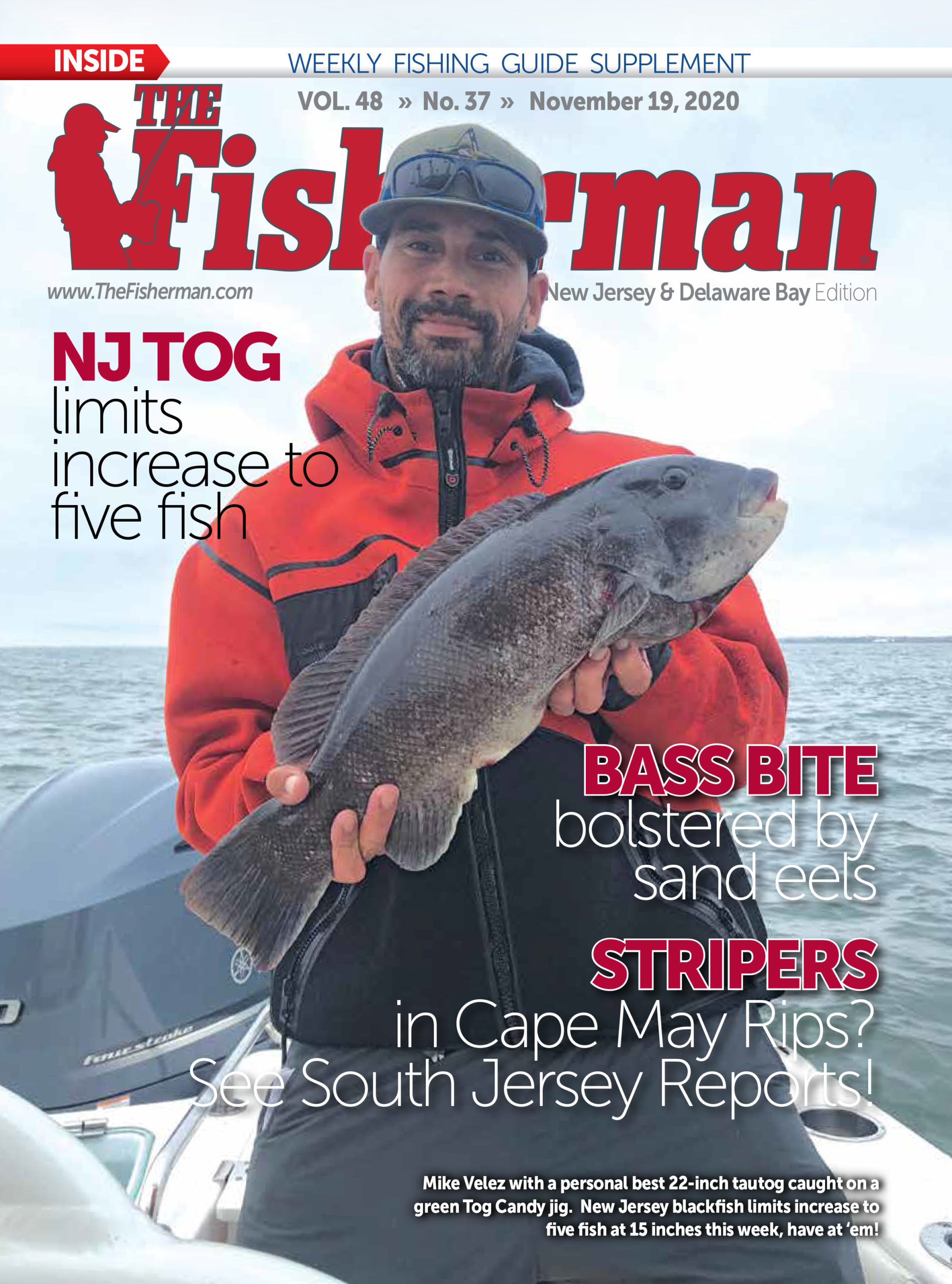