The Pequest Trout Hatchery wagons roll in October during the second and third weeks, loading select statewide streams, rivers, ponds, and lakes with robust two-year-old rainbows. In the mix with every delivery are 3-year old bodacious breeders to 6 pounds. A sweetwater treat for sure, but the trick can be in the catching.

The bad news: unlike last year’s COVID-driven “new normal” bonus stocking when an extra 6,000 rainbows, held back from the springtime in-season stocking schedule, were released while four additional venues were added to the October roster, this month it’s back to the “old normal.”

Fine, from this corner, is defined as less angling pressure. As with the saltwater and overall freshwater fishing scenes, 2020 brought with it vastly increased numbers of anglers. This was a good thing from a business standpoint, as registers clicked and beeped as more people wet lines. From a bankside or lakeside view, it meant crowds as suddenly newfound fall trout fishing people heretofore in the springtime stocking only season, entered the leaf-changing pursuit.

Fast forward to the present, and it’s going to be a banner October and beyond trout fishing bounty, barring, of course, a sudden drought (it’s happened) or flooding rains (which has also happened) that could alter the stocking schedule. What we have here in the Garden State – including the November winter stocking and various regulations regarding harvest, no-kill, and technique selective restrictions – is a thriving year-round salmonid fishery not only for stocked rainbows but holdover wild browns, wild rainbows, and native brook trout.

Initiated back in the early 1980s and fine-tuned since then via angler input, it’s evolved from standard and skinny 9-inch Slim Jim rainbows to salami-thick 14- to 16-inch ‘bows. Granted, the numbers have been halved, but angler satisfaction has doubled.  Kudos to the Bureau of Freshwater Fisheries for listening to, and acting upon, the feedback from trout fishermen regarding this seasonal stocking upgrade.

“Less is more,” as the saying goes, especially when it comes to length and girth. To be sure, this Halloween month will be heavy on the sweet salmonid treats for those who reach beyond the traditional April-May springtime pick-as-you-go season.

Covering 20 of 21 counties (Cape May County’s Ponder Lodge Pond will be dosed the Tuesday, November 23, of Thanksgiving Week,) the 35-strong roster is a well-thought amalgam of trout maintenance (trout can hold over season to season) and put-and-take waters. The majority of the latter are scattered throughout the southern tier counties (the exceptions being the Toms River and the South Branch of the Metedeconk River in Ocean County, both classified as trout maintenance) and provide enjoyable fishing opportunities amid the striper, largemouth, crappie, and catfish attention grabbers. However, these fish will survive through the winter and augment the stocking numbers the following spring.

The stocking will take place over a two-week span, though at the editorial deadline for this article, the exact schedule as per venue was not yet finalized. However, as with last autumn’s program, the Bureau will post the waters stocked the evening of the day they were dosed. This will be available at njfishandwildlife.com.   The reason given is that by not announcing the day each is stocked, it is hoped that crowding will be avoided close contact between anglers and hatchery personnel and prevent any instance of COVID transmission.

It looks the same as the figures in 2019, with a baseline total of 20,000. As what has become a regular occurrence with the high octane crew at the Pequest facility, it’s an odds on bet that there will be extra rainbows released. Nothing definite, mind you, but certainly possible.

Predicated on the swim, it can be bait, fly or hardware, or all of the above. There are special regulation Trout Conservation Area beats on the Toms River (1 mile), Musconetcong River (1.2 miles), Pequannock River(1.3 miles), and Pequest River (1.4 miles) wherein the rules are artificials only and a one trout limit at a 15-inch minimum. Then there are the “no kill/artificials only stretches” on the South Branch of the Raritan (2.2-mile stretch of the Ken Lockwood Gorge), as well as the Big Flat Brook (4.2 miles). Otherwise, it’s a four-fish limit at a minimum of 9 inches.

We go the simplicity route (read: keep offerings to a minimum) when pursuing autumn’s stocked rainbows and, for that matter, when probing the Wild Trout waters. When opting for the fly rod, it’s the Prince, Muskrat, Pheasant Tail, and Tellico nymphs (both beaded and plain), and the Copper John, and the Black Gnat and Leadwing Coachman wets for subsurface work.  A couple of hopper and cricket patterns and a Humpy take care of surface duty.

On the hardware end, it gets a bit sticky when there is a noticeable leaf presence in the water. The trebles on the short selection of spoons, spinners, and plugs are nipped to a pair, and the barbs mashed. This will help cut down on snagging drifting leaves enough to keep the blood pressure down and make metal removal easier from a trout’s jaw.

When it comes to bait, be it live, preserved, or otherwise, the menu can be extensive. In lake and pond situations, the Berkley PowerBait and Gulp doughs are stellar performers, as is the Pautzke Fire Bait. Keeping it to two or three color selections for each will have it covered. Also productive are garlic and shrimp-scented Atlas Mike’s salmon eggs, Gulp Corn, mealworms, fathead minnows, and garden worms under a small float.

Go with a small circle hook (we prefer the Owner Mutu Light Circle in Nos. 8 and 10) to reduce the chances of the bait being swallowed. If the trout are to be kept, no biggie, but remember these fish will live through the winter and continue providing fine fishing. Where legal, they are contenders through a hole in the ice.

In moving waters, mealworms, waxworms, garden worms, and fathead minnows will get it done, as well as Gulp Eggs, Pautzke Yellow Jacket Eggs, the aforementioned Atlas Mike’s pair, and the Siberian Corn Eggs, also from Atlas Mike’s. J-style and Octopus hooks get the call but make it a point to put a pinch in the barb.

There are no closed stocking days and thus no 5 pm opening on those waters normally reserved for such during the spring schedule.  A listing of Garden State waters along with regulations can be found in the 2021 Freshwater Fishing Digest. 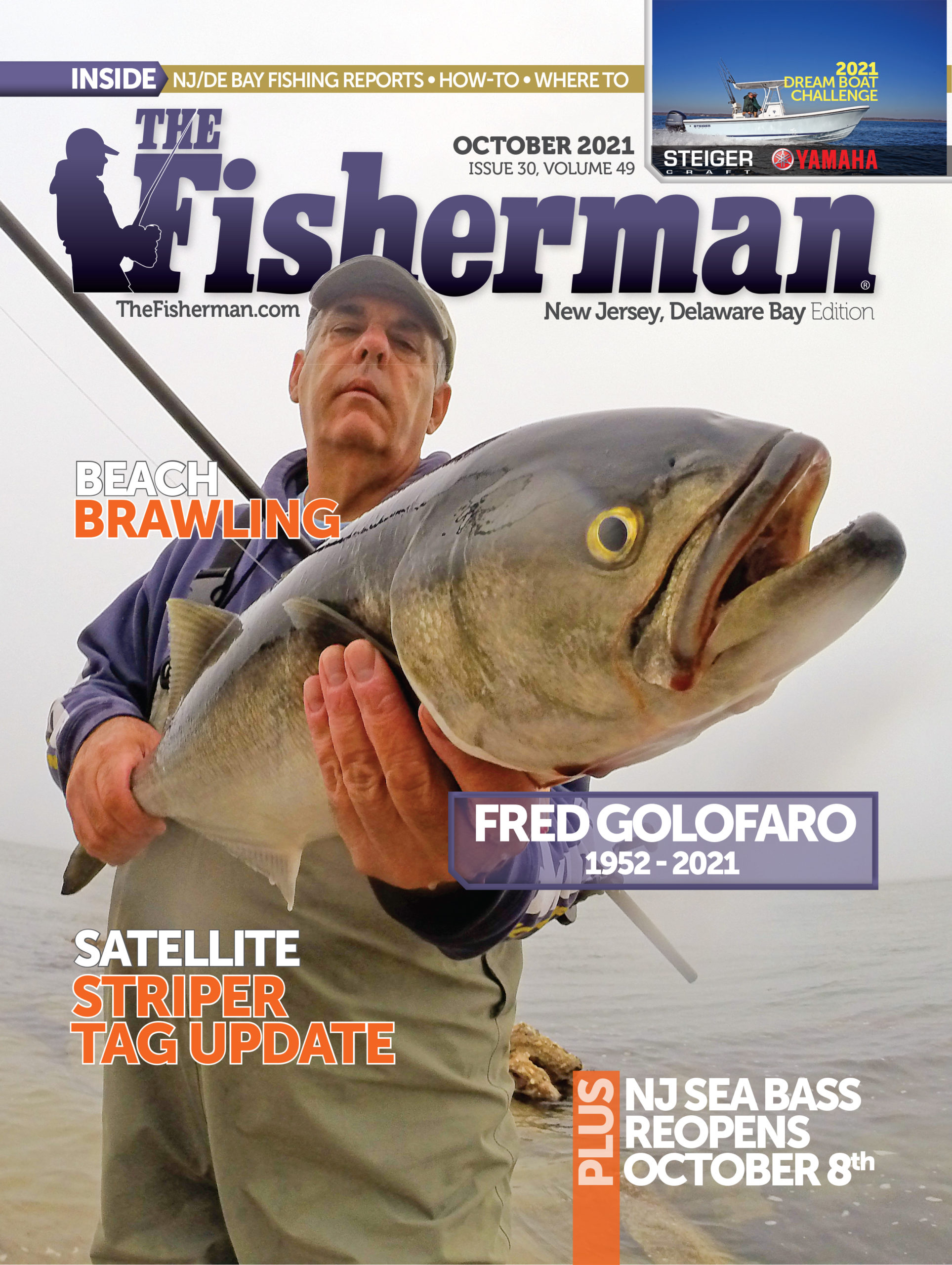