“We all have one at home, what do we need another one at the club for?” That statement was made by one of the more affluent members of the Weetamoe Yacht Club, a blue-collar boat house situated on the banks of the Taunton River in Fall River, two city blocks from where I was born. Tony was an old vet, widowed while he was away serving in the Merchant Marine during WW II and living on a small VA pension and money from odd carpentry jobs he performed on wooden boats on the shores of the local coastline. He was never a religious man; that was until he was left floating on the surface of the Atlantic after his ship was torpedoed. I had a lot in common with Tony. We were both altar boys at St. Michael’s church, only a lifetime apart, and as children we believed in God, Santa Claus and the importance of family and friends.

After boot camp Tony fell in with bad company and God was the last thing on his mind until that fateful morning when his ship went down. After three days hanging onto a hunk of debris, and praying for rescue and salvation, he and a few survivors were picked up by a troop ship and transported to France. His wounds earned him an early discharge, and when he returned to the neighborhood he was a changed man. It was a few weeks before Christmas when the debate about the tree came up around the pot belly stove in the upstairs reading room. They called it the reading room, but for all the time I spent there I witnessed more snoring, sleeping and arguing than reading.

The caretaker had access to a pair of high-end, German-made binoculars that one of his close friends commandeered from a German officer in WW II. Those historic binos became club property. After his numerous comments about my activities at the camp I’d built in the pine grove across the river from the club, I knew he was keeping an eye on his apprentice. Back then I believed that little grove was the North Woods, and the foundation we dug in the heaviest cover of those trees was a secret hideaway never to be discovered. We then filled a depression with sweet-smelling boughs to rest and sleep on. We also fashioned a stone fireplace and cooked hot dogs and beans, occasionally a burger or piece of steak, which always tasted so much better than a dish of the same food at home.

The caretaker and Tony were the ones who supported my suggestion to cut a tree off that property, which was a state easement that bordered the bridge and the waterfront. Smitty had a sharp camp axe he used sparingly around the saltwater, but the caretaker talked him into allowing me to use it to secure a tree.

On that cold Saturday morning I was bundled up against the wind and sleet of a building nor’easter that was predicted to dump a mixture of snow and freezing rain on our area that weekend, and was sure to keep even the hardiest of souls from trying to scratch out some fishing activities for a few days. When I arrived at the grove of trees I was presented with numerous choices because I had never appreciated just how many species of evergreens there were on that hilly location. The scrub pines were thin of branch and body, but a few were full and thick. I was extremely careful and selective because I knew the grief I would be in for if I returned with anything less than an acceptable specimen. At the time it was the Douglas fir that was the favorite commercial tree, most of which shipped from the northern states or Canada. I don’t believe that species grew locally, but there were a few well-proportioned spruce that grew along the upper edges of my woods. I carefully selected one for symmetry and scent, and then I went to work with Smith’s axe.

I didn’t dare drag that near-perfect tree through the bushes for fear of losing its needles, so I wrapped it in the canvas the caretaker gave me and was at the beach when I ran into a disgruntled Steve. “Looks like they dug every single clam on both shores then came back and took the rocks home to boil for soup. This new group never leaves any seed for the future!” That old-timer lived by the skin of his teeth, and a few members claimed he was so broke that he harvested seaweed and boiled it with potatoes for soup. “Nice tree you got there kid, I’d cut one for myself but nobody ever visits so it would be a waste. Here, carry my clam fork and I’ll get this spruce up on the banking for you.”

Once up on the bridge deck he helped wrap the canvas around the tree and wished me a Merry Christmas as he crossed over to the south shore to continue his search for a few clams. I was nervous about the reception I would receive, but there was no need for concern. In my absence Capt. Larson had returned, and when informed as to my whereabouts he warned his cohorts about razzing me about the tree. When I reached the top of the long staircase to the shore, Joey, a Marine just home from boot camp, shouted out that he was coming up to help. I was surprised and pleased at the reception until I spotted Captain Larson coming down the stairs. “What the hell are you doing boy? I’ve been training you to become a sea captain, I leave for a couple of weeks and now you’ve become a lumberjack,” he grumbled. With that he gave me a bear hug then reached into his pocket, pulled out a wad of bills, and asked who was hungry or thirsty. A cheer went up from the crew. In less than 25 minutes I was back at the club with food and drink, and the first thing I noticed was that our tree was now secured on an oak stand and set inside a galvanized tub filled with freshwater to keep it alive. The caretaker had wasted little time, and he went over to the tree, snipped off the tip of a branch, squeezed it then waved it under my nose and said, “Smells a hell of a lot better than the stinky musk and mold coming out of those lockers downstairs.”

There was a festive air about our tree for the next few hours as Captain Larson told of his adventures in the delivery of a boat to the Delaware Bay area and the ugly weather he encountered along the way. Over the next week the tree was decorated with such items the vets had saved from happier times, along with hand-carved items, a corn cob pipe on a brass screw eye, carvings of small boats and some tinsel. The base of the bucket supporting the tree was wrapped in a festive red velvet blanket, and I even saw a new Barlow knife suspended by its chrome ring. A few days before Christmas, when taking stock of the tree, I noticed a used but carefully restored Creek Chub popper on an inner branch. The caretaker told me it was put there by our inveterate beachcomber, Mike, who found it above the high tide line a few weeks earlier and had spent some time spiffing it up for me. I’d never used a plug before, and never seen any for sale in our local hardware-sporting goods shop, which was basically a bait and handline business. The only lures I ever saw for sale were in Cornell’s, the exclusive outdoor emporium in the uptown section where Creek Chub and Heddon lures were offered. That was when I learned about the difference between a present and a gift.

A present is usually a package of sorts, but a gift can take on many forms. That special Creek Chub plug was a present I treasured for decades until it was lost during a move. The most precious gifts of all were those of friendship, mentoring and protection from that extraordinary assembly of heroes; those will live with me until the end of my days. 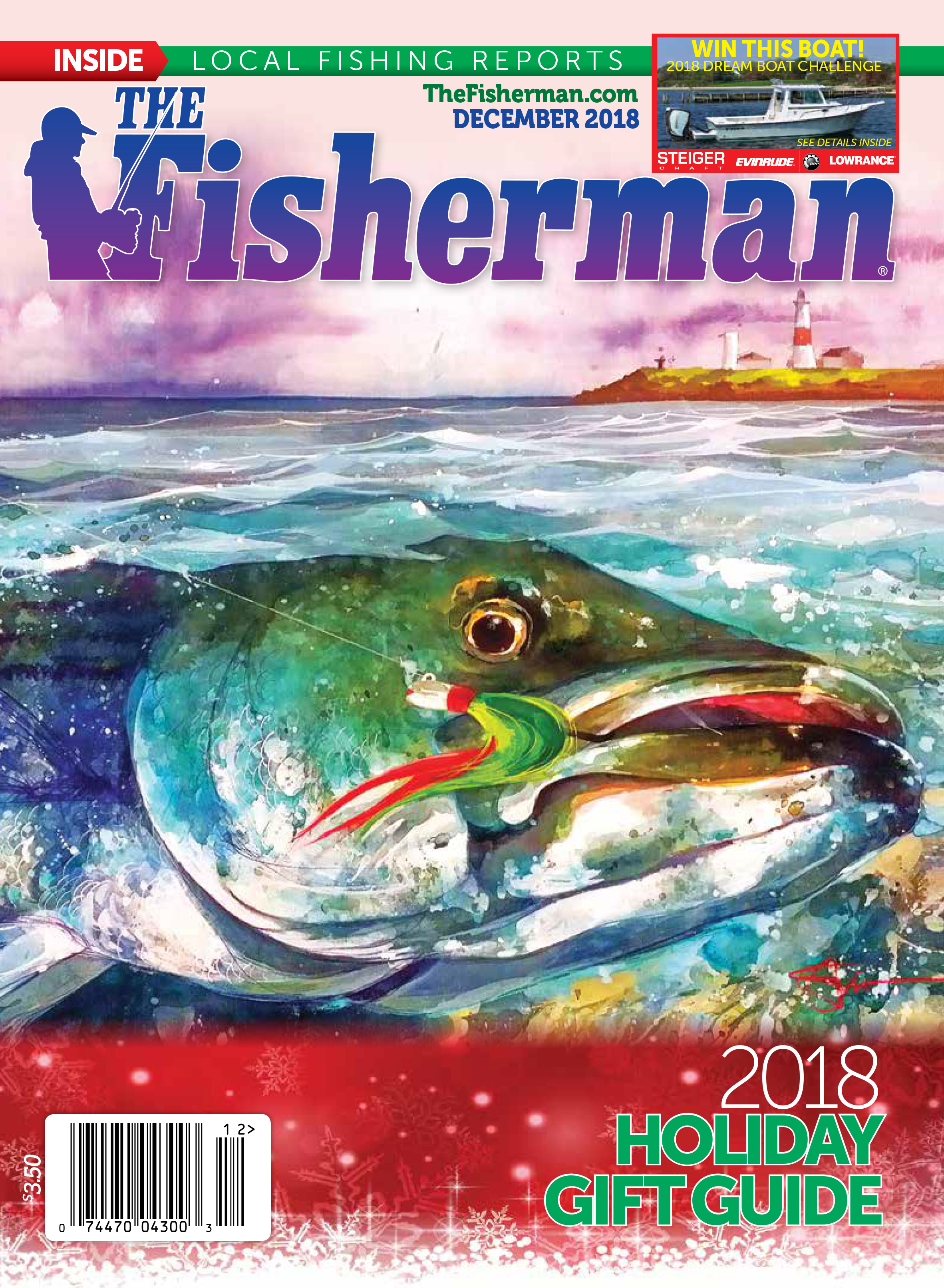 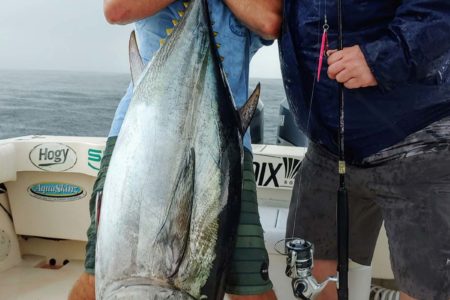 Offshore: Listen To The Mate!

A good mate is an invaluable component in offshore fishing success. 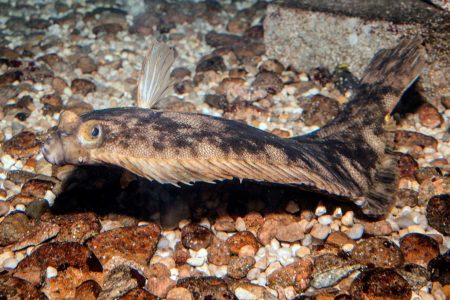