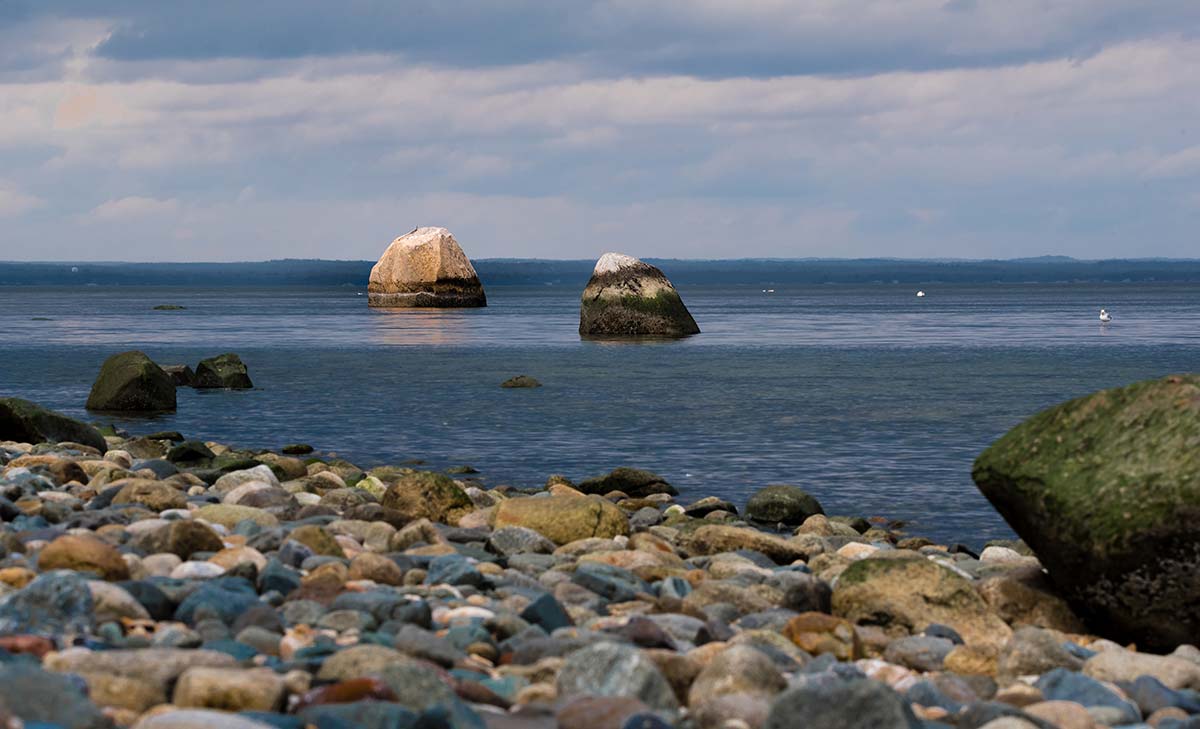 Located in the Huntington Township, right next to Caumsett State Park, is none other than Target Rock National Wildlife Refuge. The 80-acre refuge is named for the massive shoreline rock that remains from the British Navy that used the 14-foot-high rock for target practice during the War of 1812. The Target Rock was carved out by glaciers thousands of years ago, forming bluffs, dunes, necks and bays. Over the centuries, the constant movement of the winds and waters eroded the massive boulder away from the bluff, consigning it to stand individually just offshore.

Today visitors of the refuge check out the famous “Target Rock” from a lookout or by hiking along the breathtaking trails onto the beach to check it out close up. The hike from the parking lot to the beach is an easy one that is about a mile or so round trip, suitable for anyone carrying fishing gear. Shorebound fishing is extremely popular and strongly encouraged at this complex, where throughout the season, a variety of species of fish become converted into scrumptious seafood cuisine for the evening’s supper.

For the most part, bottom fishing for porgies is most popular starting by mid-May and carries right through the spring, summer, and right into most of October. The usual menu of worms, clams, and squid strips keep the rods bending with scup ranging from palm-size to jumbos just over 3 pounds. Bycatch may include fluke, sea robins, black sea bass, bluefish, weakfish and small blackfish throughout the season. Striped bass ranging from school size to cows also make their presence felt throughout spring and fall. Casting out fresh bunker or mackerel chunks during May has proven to be effective, while poppers and sand eel style lures bounced along the bottom work best during September, October and early November. 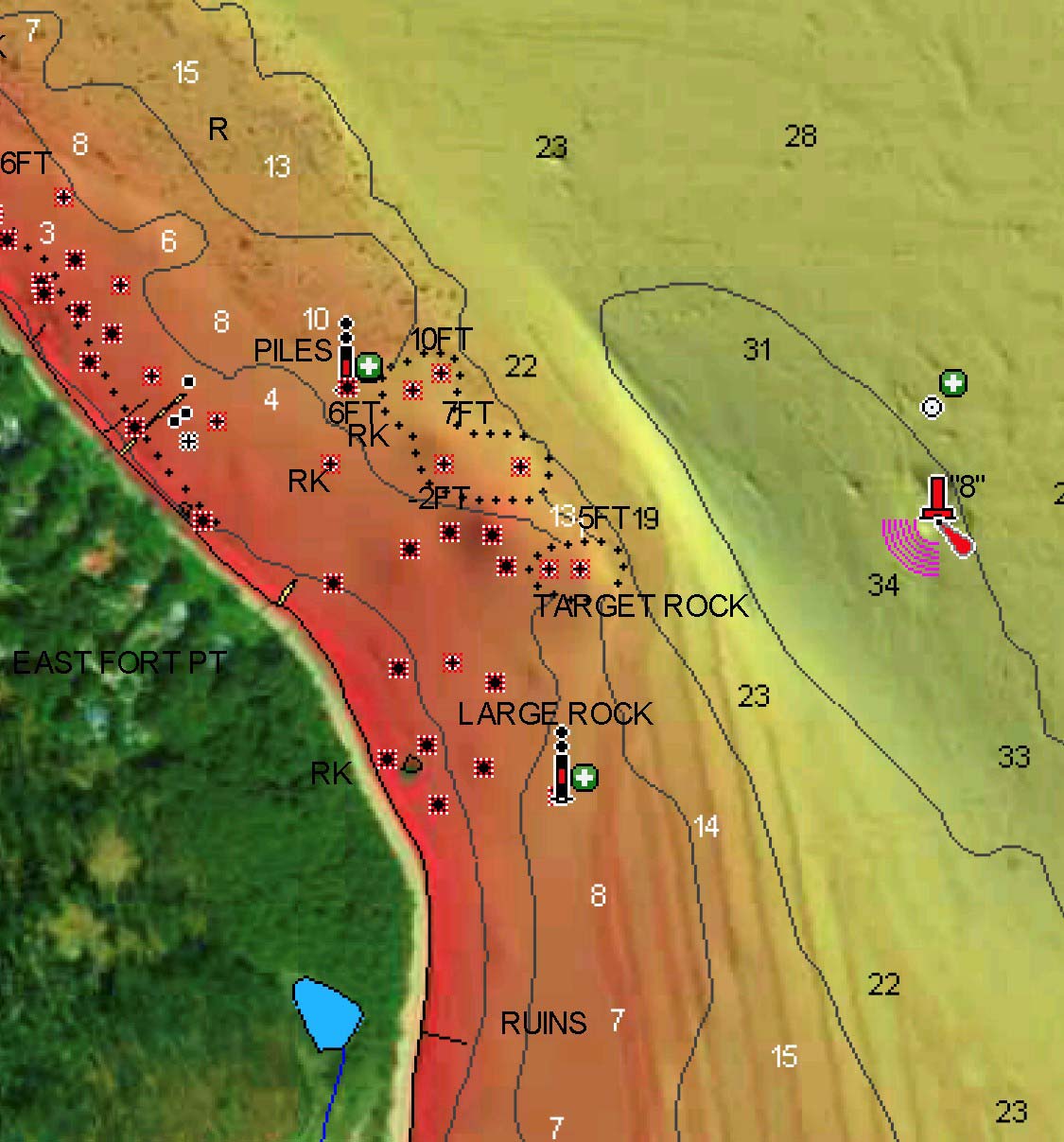 For anglers debating whether to fish Caumsett or Target Rock, Keep in mind that Caumsett faces the Long Island Sound and is a contingent of its own source. In contrast, Target Rock faces Huntington Bay and shares its duties with all the other bays and harbor watersheds that are adjacent to each other, which means wind direction and tidal flow are relevant to different fish activities from both locations.

Getting to the refuge is made simple by taking Route 110 (exit 49 off the Long Island Expressway) north to Route 25 A (Main St.). Take a left onto 25 A to the next traffic light and take a right onto West Neck Rd, which will turn into Lloyd Harbor Rd. Take Lloyd Harbor Rd past Caumsett State Park, continuing straight until you come upon the Target Rock signs where the refuge will be on your left. Parking is $4 per vehicle and is paid by putting the cash into the yellow envelope located in a box just under the entrance sign. Before you drop the envelope into the box, make sure to tear off the parking pass and place it on the dashboard, park where you wish and you’ll be good to go.

Remember fish cleaning is prohibited at the refuge and be sure to clean up after yourself by picking up and disposing of all trash, whether it belongs to you or not, in its proper disposal cans. These habits will allow all fishermen the privilege to fish this pristine hotspot for many years to come.