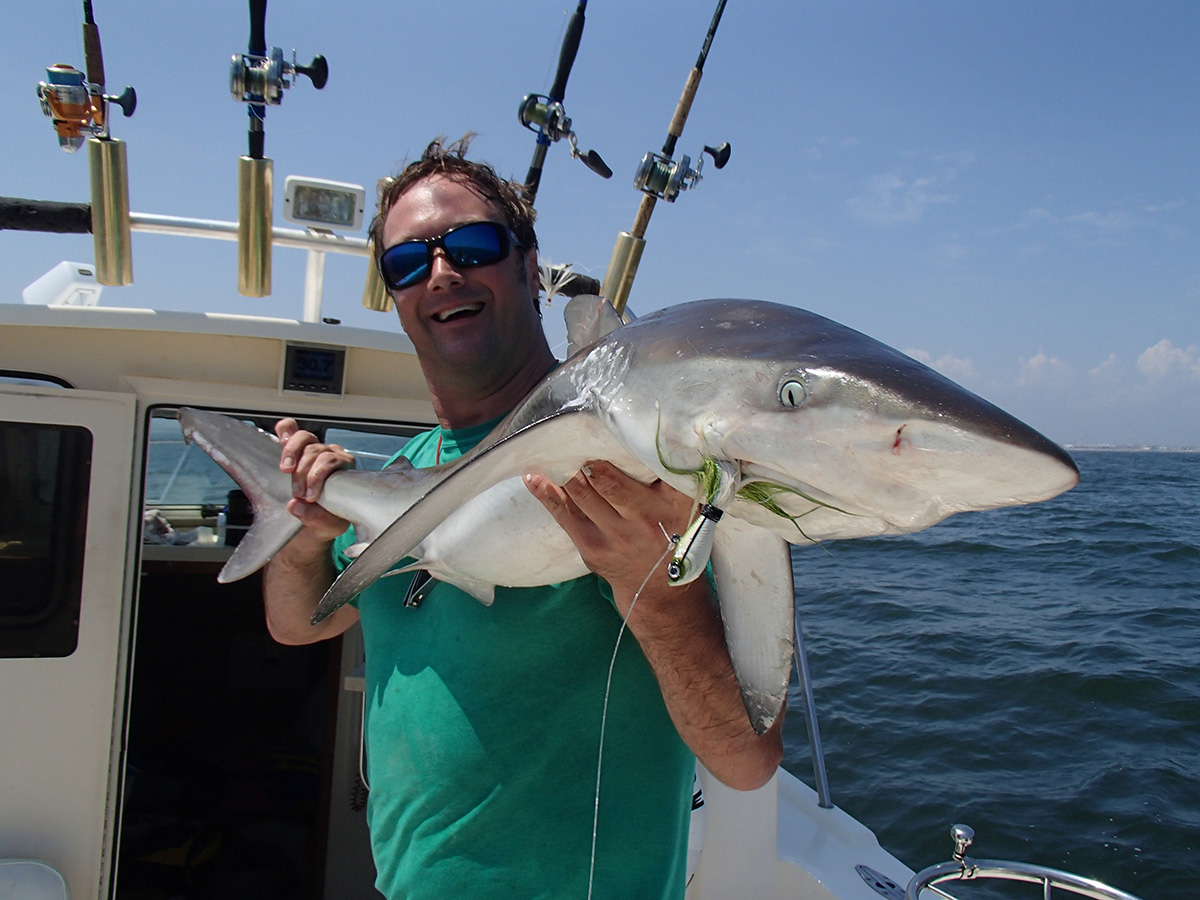 How does this sound; leave the dock at 7 a.m., set up a mile outside the inlet to get into some serious big game shark action, and be back for lunch at Jersey Mike’s before noon?

Now’s the time! While June is primetime for targeting big makos some 20 to 50 miles offshore, less than a mile on out to 5 miles off the coast of New Jersey and Delaware you’re also apt to tangle with threshers, blacktips and hammerheads, as well as protected brown sharks (sandbars) and duskies.

Small boat sharking during the summertime is accessible to the “everyman” as sharks have begun to move close inshore in recent years to feed aggressively on bunker schools.

The first key to success is to understand when sharks will be inshore. Browns, duskies and threshers are commonplace in June and early July, but come mid-July and August when waters hit the high 70s and even low 80s during some years, you’ll also see the exotics of hammerheads, blacktips and spinners in the area.

As is key to any shark fishing, chumming is a must. Go with the usual 5-gallon bucket of bunker chum, lid off and hanging upside down in a chum bag. Get that slick rolling and keep it going, mixing in some fresh bunker chunks to spice up the slick. Depending on conditions, expect one 5-gallon chum bucket to run out in about an hour or so, so plan accordingly. Best baits are fresh bunker as they are the predominant bait inshore at this time of year, but if you are having issues obtaining fresh menhaden, you can also utilize the ol’ standards like mackerel or fresh bluefish fillets. If you do use mackerel, go with small to medium size mackerel, not the horse macks; these are mostly smaller 50- to 100-pound sharks so you want your targets to be able to inhale the bait whole.

For added attraction on any whole bait, butterfly the bait on each flank side, cutting a slice from the tail section up to the gill plates, so that when the bait is in the water, it wavers seductively in the drift. Bluefish fillets can be hooked on whole.

Mainly you’ll be fishing shallow in about 40 to 80 feet of water, and technique is changed a bit for the shallower depths. If you want to go with a standard set up, utilize a 50 wide Shimano or Penn reel matched with 5-1/2-foot medium-heavy rods. I spool with 80-pound Hi-Seas Quattro camo to which a 300-pound class Sampo barrel swivel is attached; a 3- to 5-ounce egg sinker is lined on through a 6- to 8-foot section of 280-pound class cable wire leader. Finally, a size 10/0 non-offset, non-stainless, heavy wire circle hook like a Mustad #39960 is haywired onto the business end. You don’t need to send out the heavy duty cable shark rigs per say, but can scale down a little bit as you will be battling sharks that average from 50 to 100 pounds.

Downsized set-ups can start with a Shimano 25 TLD class reel, matched with a 50- to 80-pound class 6-foot rod, spooled with 50-pound mono line, to a 200-pound wind on leader and a size 11/0 Gamakatsu Big River hook on the business end. Set out four rods in a spread. Drop one rig on the bottom, dragging across to see if anything is patrolling the seafloor. The next two are set at 10-foot depth intervals, fluttering at about 20 and 30 feet down. The last line is a flat line, sent without weight about 30 feet back off the stern from the boat.

You don’t necessarily need to affix balloons on the mid-range lines, but feel free to do so if you want to be more precise with how the baits hang in the spread. 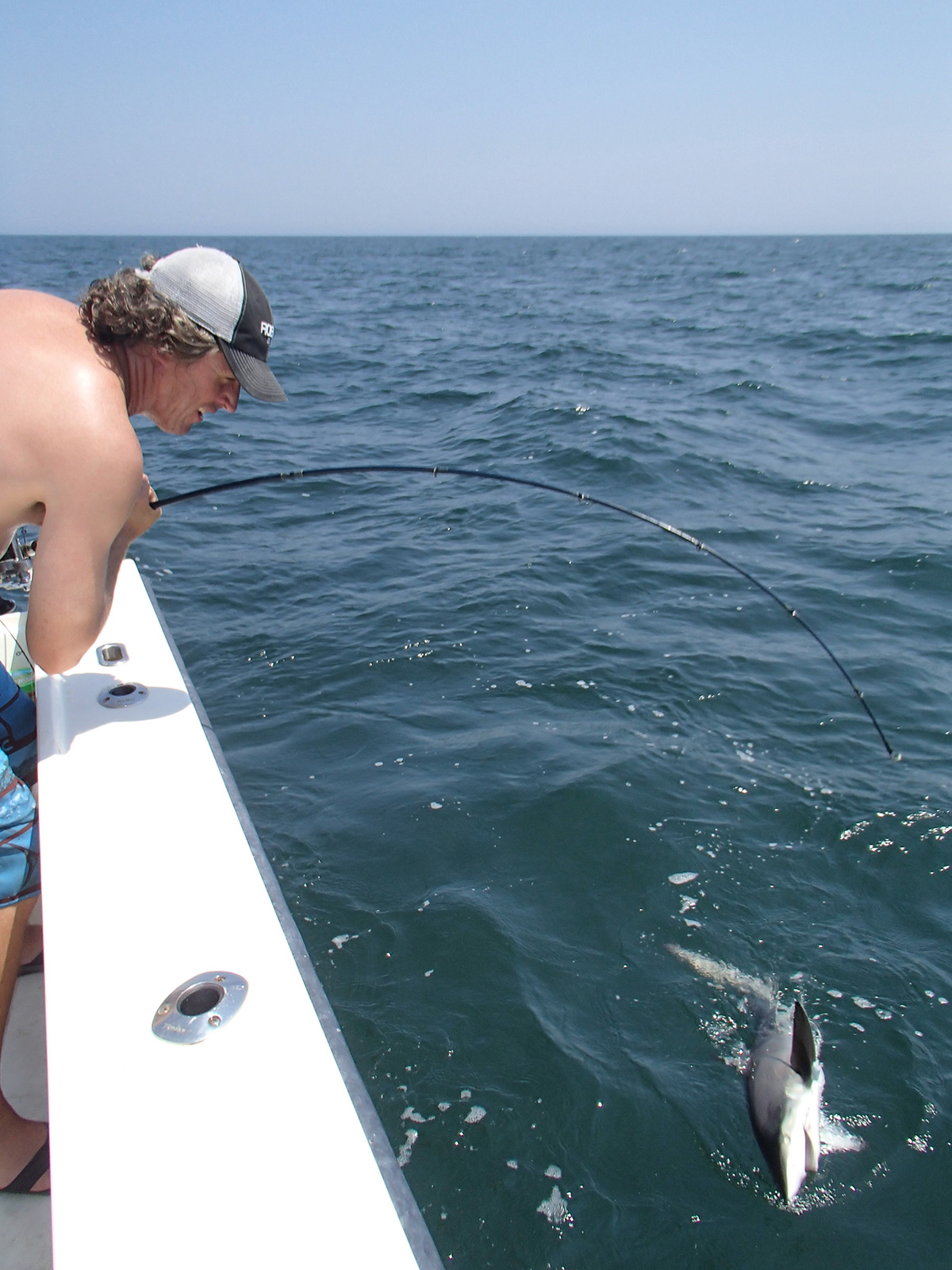 There are plenty of coastal hot spots to intercept sharks, but mainly you can’t go wrong focusing your drifts around structure, especially around our myriad reef sites; with my favorites being the Sea Girt, Axel Carlson, Garden State North and South, Great Egg, Ocean City Reef where I’ve had plenty of luck. Any defined hump, bump, ledge or wreck will also do, but the key to a successful outing is to know how to predict your drift over the area. Research and identify a game plan beforehand, picking out a defined edge or ledge into a hole and back out such as a 45- to 65-foot drop and back, over wrecks, rockpiles or reef structures. Bait schools congregate over the structures, thus bringing in the sharks.

Once you know the area to hit, react accordingly to set up your slick and drift according to the wind, tide and current, forecasting the ground you will be covering and the tack the wind will take you. A perfect drift has you gliding slowly over some ledges, rockpiles and a couple of shipwrecks over a mile or two path. You can complete an entire coastal shark outing in less than two to three hours if you plan correctly.

Sharks aren’t just mindless bait-chompers. Probably one of the coolest things you could experience this season is to score a shark on an artificial lure. According to my log book, on July 19 a few years back, Sean Reilly and I were at the Ocean City Reef, watching bunker flipping around as sharks were crashing and cutting through the schools, spraying bunker left and right as they parted the schools with whipping tails and open mouths. I cast out a Tactical Angler big popper and began to churn and splash it back to the boat when a huge scythe tail whacked behind it, sending it out of the water.

I quickly switched up to clip on a 3-ounce Spro green/white bucktail tipped with a slice of fresh bunker and dropped it down, reeling in very slowly. As I got 15 feet from the boat, I saw a big brown shadow surfacing from underneath the bucktail. I opened the bail and dropped it down with an enticing jig and wham! I was on, battling a 50-pound brown shark that gave up some aerial jumps and mean runs. Both poppers and bucktails work to convince sharks to strike, just be sure to liven them up with some strips of bunker on the hook, even the popper, as the scent will attract them for a commitment.

On that particular day with Reilly, we were set up with Penn Slammer spinning rods rated for 30-to 50-pound, 6-1/2- to 7-foot moderate to fast action, 760 Penn Slammer reels spooled with 50-pound Power Pro, a 200-pound barrel swivel, 30-inch section of 80-pound mono leader and a 200-pound class TA Clip to which a Tactical Angler Popper and Spro bucktail were clipped.

I think it goes without saying, but I’m going to say it anyway – I recommend to release all the sharks you catch. The battle with such a hardy and worthy adversary creates more than enough satisfaction than the dinner plate can offer up (see sidebar for prohibited species).

Also remember that in order to fish recreationally in federal waters for any Atlantic highly migratory species (HMS) – and within the waters of most Atlantic coastal states for Atlantic tunas – the vessel owners must have a valid federal fishing permit for their vessel. Get information online at http://hmspermits.noaa.gov or by calling 888-872-8862.

Even if you’re fishing within 3 miles inside of state coastal waters, you never know when that 200-pound plus thresher is going to pile on your line a mile and a half off the beach and tear off towards the horizon with you and the crew in tow. Put some time in this summer, do something a little different, and you never know. 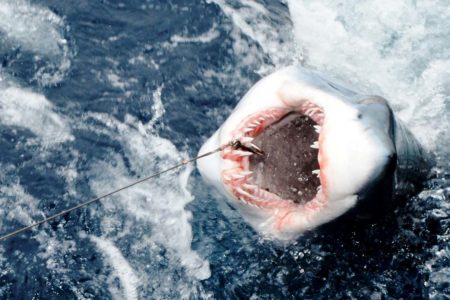 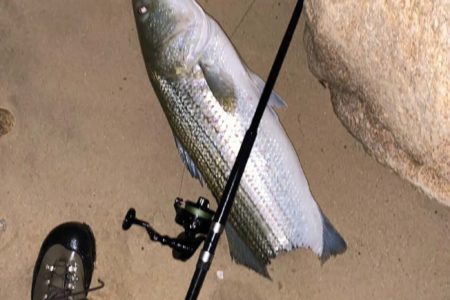 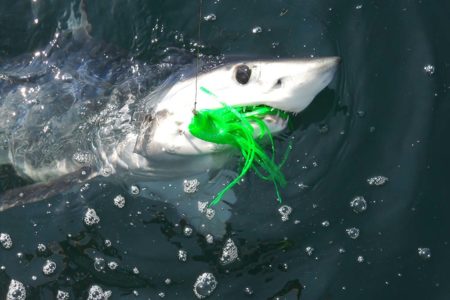