Black sea bass are top targets throughout much of the region from the fall into the winter months.  Sea biscuits are not only uber tasty, but can put up quite a fight, especially when you run into 3-pound plus caliber fish, though some giants can reach upwards of 8 pounds, affectionately called humpheads or knuckleheads due to the knob that sprouts from their forehead when they grow to that size.

As sea bass migrate offshore to the continental shelf to winter over, in my home waters of New Jersey they are generally in the range anywhere from 5 to 30 miles offshore in varying depths between 85 and 150 feet in October, then moving into the 20- to 40-mile range by the start of November in many locales.  Midshore rockpiles and shipwrecks along the 20- to 30-fathom line waters might be a good place to start your game plan. If you don’t get a chew going after spending a good 15 minutes on a wreck, it may be best to try another spot as fish on their migration will colonize certain wrecks and not as much on others.  You’ll also be able to notice life on the wreck as sea bass notoriously haystack up in a big triangle on a wreck. Up in New England the migration doesn’t seem to move as quickly as anglers are still finding them inshore throughout October and well into November, as the season progresses closer to winter, it becomes necessary to fish deep.

With all the rage of jigging for blackfish, a new weapon is in store for sea bass. I’ve regularly found that blackfish jigs tipped with 6-inch Berkley Gulp grubs crush the biggest of sea bass. You don’t get the flamboyant flare of a bucktail but that’s a good thing as I believe with the colored head of a tog jig from Toggy Time, Joe Baggs, S&S or Magictail, that you can match up the grub color pattern and the streamlined finished product allows for a combination that truly stands out with the flawless presentation of a fluttering bait. This style leadhead seems to snag up less than a bucktail, too.

A little ‘shock and awe’ never hurts for attracting the humpheads out of the pack. Large flat metals like Vike jigs, Ava 87 jigs, and hammered diamond jigs all put out plenty of flash to catch the eye of a big bubblehead. Bounce tap the jig on the bottom though you can also opt to vibrate jig it a few feet up to get fish thinking it’s a stunned baitfish.

For baits, fresh clams work well, though don’t gob the bait on the hook but more or less cut tongue baits into strips and hook them once through the tip to allow for the bait to flutter naturally instead of one big blob of bait hanging down. Clam ribbons also work wonders to attract big sea bass as they flutter and undulate in the current.

Long strips of cut bergall or cunner as well as whole squid lanced on size 4/0 baitholder hooks are top choices to attract the trophy biscuits. Rig up with a three hook dropper rig spaced roughly 16 inches apart and a key technique is to wade through the little bites and wait until you feel the big tap to set the hook. If you do hook a little one on the line, leave the rig down there until a big boy comes over to inspect the thrashing sea bass hooked on. That’s usually when you feel the whump-whump of the humphead coming to grab the rest of the bait.

Even if perhaps you may have to travel across state lines to up your bag, scale up big and give it a shot with the knuckleheads this fall. You’ll be pleased with the amount of fillets for the frying pan or freezer for the upcoming winter layup. 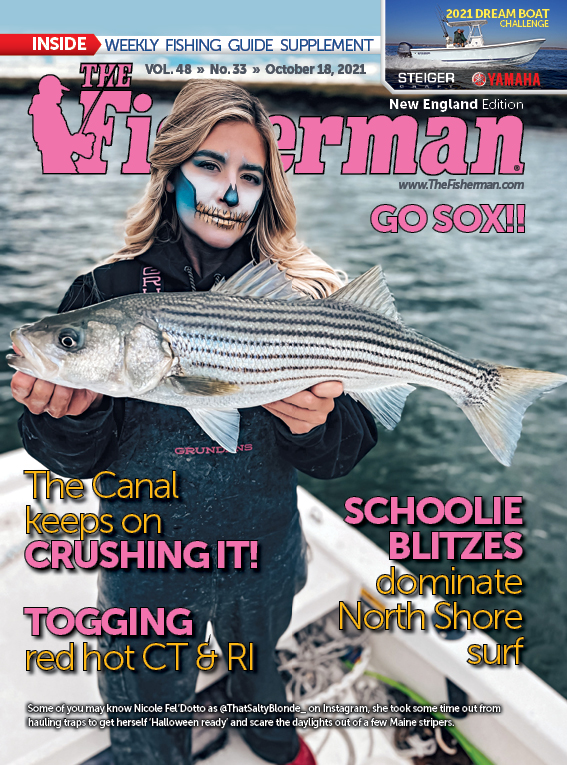 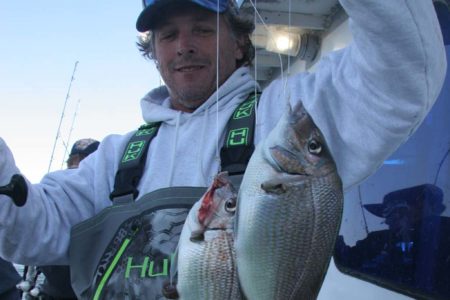 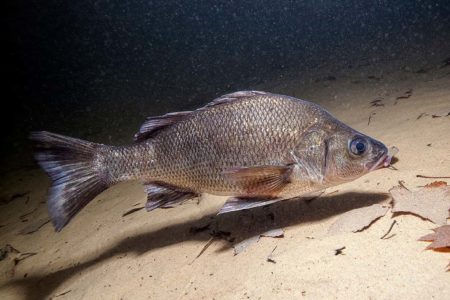 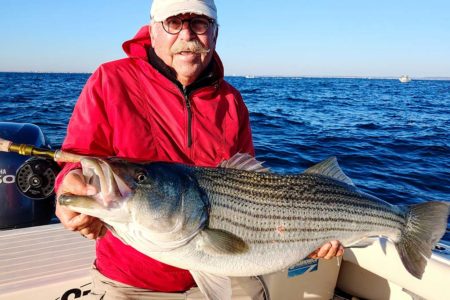