What is a fish to you? To me, they’re sport, they’re food, but they’re also sentient animals that deserve a humane death. It’s difficult to recognize this when they don’t express pain in the ways that we identify with. In fact, I spent most of my life fishing without realizing the fact that I was hurting and killing animals on the regular. It’s an uncomfortable truth to face but I’m at peace with it. That’s nature, and it would be arrogant to think we’re siloed from it—that we’re not also active participants in the natural world. However, being both a part of nature and apart from nature puts us at a crossroads. We have this innate desire to hunt, fish and gather that is paired with a capacity for empathy and seeing pain in others. Yes, even in the things we hunt and fish.

What not to do: Suffocation, or tossing the fish on the deck and letting them die is certainly the easiest way to kill a fish, but it also draws out the dying process. It takes about an hour for most fish to die this way and also introduces undesirable qualities to the meat. A lack of oxygen causes a fish’s metabolism to shift to anaerobic respiration, producing lactic acid, making the meat acidic and resulting in a slightly sour taste. Putting a warm-water fish in ice kills them slightly faster than suffocation but it might actually prolong the dying time for cold-water fish like trout, cod, or tautog.

Like suffocation, you’ll also see a buildup of acidic metabolites. Post-release mortality shouldn’t be ignored. For striped bass, catch and release kills more fish than are harvested each year. They get to die in their natural environment, but it’s nevertheless a slow death. The same is probably true to varying degrees for other species of fish that are caught and released.

Bleeding your fish has really caught on recently. I’ve been bleeding every fish I keep, even panfish, and you can really see the difference in the quality of meat. However, I used to think that fish pass out from blood loss quickly like we would, but it can take over 15 minutes for a fish to lose consciousness this way. It’s far better than suffocation but there’s a lot of room for improvement when it comes to being humane.

A quick and relatively painless procedure called Ikejime is a technical way of killing a fish that requires knowledge of a fish’s anatomy. A spike is driven through the brain, killing it instantly. Reference www.ikijime.com before you attempt this. A fish’s brain is pretty small and missing defeats the purpose. The website provides diagrams of where the brain is for many of the species we see in the Northeast. In my experience, you’ll still have a few misses before you get it consistent. It’s hard to use only visuals to hit the right spot. I also rely on palpating the bony landmarks in the head to recall where to position my spike.

For fluke, I feel for the bony ridge running horizontally across the head and spike in the ridge right as it passes over the first gill opening. Blunt trauma is arguably better than Ikejime. It’s much harder to miss—you just have to hit the head. Make sure that enough force is used to knock the fish unconscious. Space restrictions make it a bit tricky on the kayak but it’s definitely possible. It’s probably pretty difficult to Ikejime or club a smelt, but small fish can be killed quickly by cutting the spine near the level of the head using scissors. After using these methods, I’ll also bleed the fish.

Even though I have been practicing this humane method for dispatching my catch, I have a lot of room for improvement. I’m still only bleeding most of the fish I catch. I forget my spike, sometimes I’m just plain lazy. Regardless, I try to make an effort to improve my fishing ethics season after season. I hope you’ll join me. Give a more humane method a try next time you decide to bring a fish home for the table. 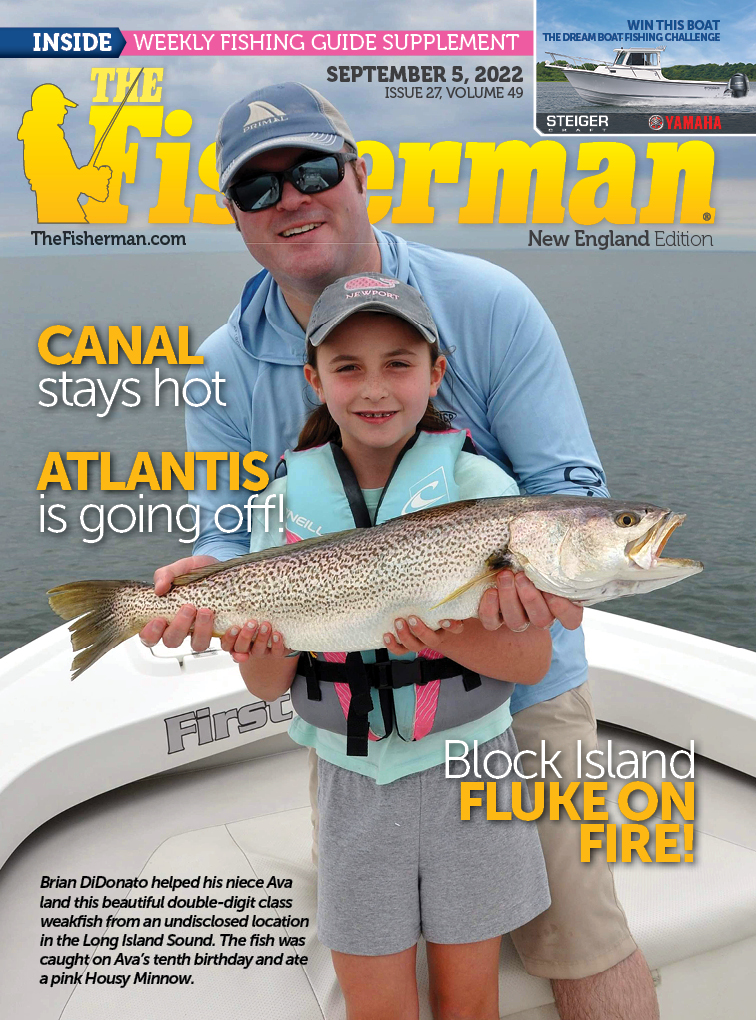