Sweetwater bass fishermen think soft-plastic worms are an essential go-to bait; saltwater anglers not so much.  But if you’re focusing on summer’s schoolie striped bass and weakfish you might want to take another look.

A soft-plastic worm is a dead ringer for a juicy sandworm or juvenile eel called an elver, and they catch fish like crazy. You’ll need some offset hooks, like the Owner 5132 TwistLOCK and cone-shape slip sinkers from your local freshwater tackle shop. Plastic worms come in a million variations of color, lengths and actions, including flap tails, shad tails, curly tails and some with no action in the tail at all. Colors vary from deep purple to pale brown, and there are bright attractor colors too, like chartreuse and pink; but a perennial natural-looking favorite is a dark brown worm with metallic flecks. Some worms have added scents like Berkley’s PowerBaits.  Another killer is DOA’s Sna-Koil, a perfect imitation of an eel.

On shallow grass flats, the Texas rig works best. The leader is tied directly to the hook and a slip sinker slides along the leader. It rests at the worm’s nose during the cast. A very slow retrieve with occasional short lifts of the rod tip will make the worm slither, slide and wiggle just like a real sandworm or elver. Use the smallest weight possible, about 1/8- to 3/8-ounce, which is just enough to stay on the bottom.  Because the hook point is pushed slightly into the worm body this rig is virtually weedless. In deeper water or faster current, the Carolina rig is a better choice. The slip sinker rides about 2 to 3 feet above a small barrel swivel and another leader section is tied between the swivel and the hook.  Weights of 3/8- to 3/4-ounce will get the bait down.  This is also a great set-up for casting plastic worms around bridge pilings at night. In much deeper water or extreme currents use a three-way rig and a half- to 1-ounce bank sinker just like you’d use for bottom fishing for fluke.

Adding a worm to a bucktail or leadhead is another time-tested and fish-proven technique for saltwater.  The worm can be slipped onto the hook of most bucktails, but lead heads with gripping serrations along the hook shank or a pin wire to hold the worm are the most effective. That way the worm won’t slip when you get short strikes. One of the all-time great weakfish combinations is a white bucktail or leadhead with a deep red, purple or watermelon color worm. For schoolie bass, the chartreuse head is killer; same deep colors for the worm. 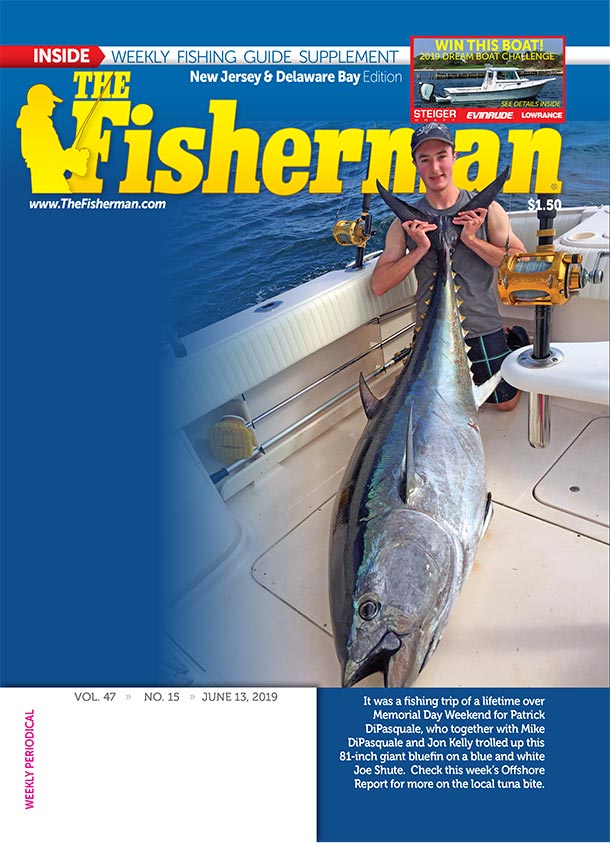