Where to stake your claim!

You’ve seen it before. You roll up to a party boat for a morning shift fluke trip at what you think is early to get a primo spot, but lo and behold, there are already rods stuck in all the stern positions. Someone beat you to it. But why are people so jazzed to get that stern position? Here are a few reasons.

When bottomfishing or fluke fishing on party or charter boats, usually the boat will alternate the boat position with each drift, allowing one side of the boat to fish with lines out where the other side will have lines under the boat. If you are in the stern position, you can fish both drifts effectively as you will never be under the boat. Your drift line will always be to the left or to the right, giving a lesser chance of getting into a snag or getting caught in the other fishing lines.

Most times when charters anchor on a piece of structure to fish for blackfish, sea bass tog, ling, etc., the transducer is usually near the stern. That information allows the captain to let the anchor rode back to sit right on the main structure, which is usually right under or near the stern position. Notice how all the guys in the back of the boat are bailing fish when the boat makes its first drop.

During the dog day doldrums of summer, many times wind is nonexistent and that means no real drift when fluke fishing. To combat the issue, the stern position allows for anglers to fancast around with light bucktails to prospect a radius that can be from 9 AM to 3 PM position. Exploring with a bucktail and working it back to the boat will many times score a lion’s share of fluke when everyone else is just sitting straight up and down with their rigs dead in the water. Casting is also easy as you can get momentum by lowering the rod outside of the corner port or starboard stern to make a flip side cast where when mid ships you can’t swing the rod behind you to gain enough momentum to make an effective cast.

If you want a bit of bait strategy, the stern position on party boats is always where the fresh bait is. Mates continually cut clams, squid and fill up the bait buckets back there and if you run out of bait, you can simply just grab some without having to put the rod down and walk all the way back. That little bit of fishing time missed can make a big difference. Also, the fillet knives and cutting boards are in the stern, meaning you can quickly strip up bergalls, bluefish and sea robins in a split second right on the tables to put fresh baits back in the water pronto.

The only disadvantage to acquiring the stern position on a party boat is that there’s plenty of competition to get the spot. You’re going to need to wake up earlier and get to the boat way before the masses come to hop on if you want to secure the stern spot. Set that alarm for an early wake up, it’s worth losing some sleep over. 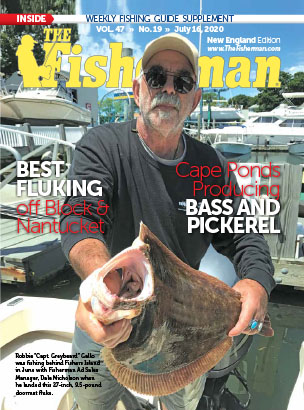 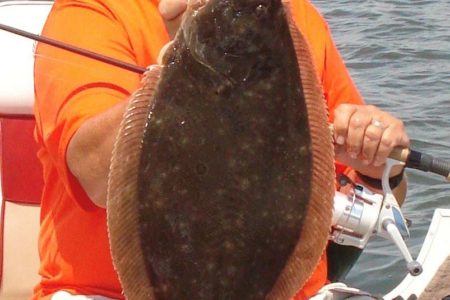 Skinny water tactics for seeking out those bay and river flatties in June! 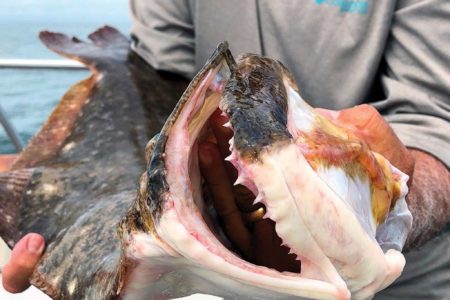 If something just does not look right about that fluke, there’s probably science behind it.