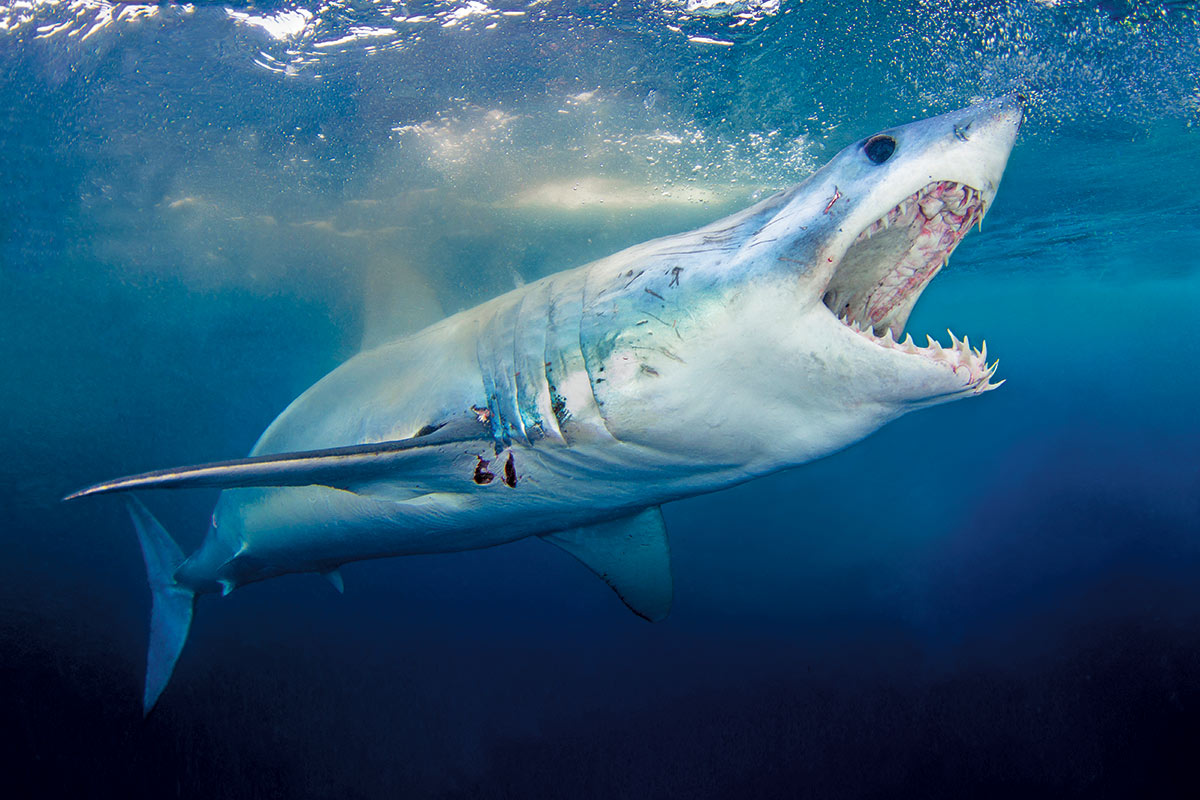 In essence what American anglers are doing is conserving our resource so that other countries can catch more of them.

Introduced earlier this year in March of 2019, the new mako management measures introduced by NOAA are meant to mitigate shortfin mako overfishing in the North Atlantic Ocean. They affect both commercial and recreational interests, as follows: Amendment 11 to the Atlantic HMS fishery management plan outlines measures for both recreational and commercial fishermen. NOAA Fisheries implemented final measures to help end overfishing of the Atlantic shortfin mako shark stock while ensuring fishing opportunities for recreational and commercial fishermen.

In effect since March 3, 2019, recreational fishermen with the appropriate authorizations (HMS Permit with the shark endorsement education video) must release all male shortfin makos measuring less than 71 inches in a straight line from snout to tail. For females, the minimum size is 83 inches. And regardless of their location in the Atlantic, including the Gulf of Mexico and Caribbean Sea, all federally permitted fishermen must use only circle hooks when fishing recreationally for sharks.

For commercial fishermen who meet permit, gear and reporting requirements, the final measures authorize keeping only shortfin makos found dead at haulback. These management measures are implemented in the final rule for Amendment 11 to the Consolidated Atlantic Highly Migratory Species Fishery management Plan, which was published in the Federal Register on February 21.

Amendment 11 is the latest action from NOAA Fisheries’ Atlantic Highly Migratory Species Management Division to address overfishing of shortfin makos. “The United States’ fishery management process is designed to provide an optimum yield for our fishermen while preventing overfishing,” said Alan Risenhoover, director of NOAA Fisheries’ Office of Sustainable Fisheries. “This dynamic approach fosters the significant contribution fisheries make to our national and local economies and helps keep our coastal communities vibrant.” Shortfin mako are known for their high-quality meat and are often caught by commercial fishermen targeting swordfish and tuna.

In 2017, the International Commission for the Conservation of Atlantic Tunas (ICCAT)—the regional fishery management organization charged with managing tuna and tuna-like species—conducted a stock assessment that declared the North Atlantic shortfin mako stock overfished and subject to overfishing. ICCAT adopted a measure requiring all member nations fishing on the stock to end overfishing and take steps to begin rebuilding. NOAA Fisheries responded in March 2018 with short-term emergency measures to reduce the number of sharks killed in the United States during fishing while more comprehensive measures consistent with ICCAT requirements could be researched, proposed, and made available for public comment.

Amendment 11’s final long-term measures, which replace those in the short-term emergency rule, are also grounded in science. The new minimum size requirements for recreational fishermen, for example, allow shortfin mako sharks to reach maturity before they’re fished and keep more females of reproductive age in the population.

In addition, the Atlantic HMS Management Division is supporting actions at the international level to end overfishing of this species. “Amendment 11 will help establish a foundation for rebuilding the shortfin mako shark stock, but international collaboration is vital to the long-term sustainability of not only shortfin mako populations but all highly migratory species,” said Risenhoover. For complete details on the management measures, visit www.fisheries.noaa.gov/action/amendment-11-2006-consolidated-hms-fishery-management-plan-atlantic-shortfin-mako-sharks.

According to ICCAT data for the eight-year period from 2010 through 2017, the following six countries are the most prolific harvesters of mako sharks in the North Atlantic Ocean: Spain 47.8 percent; Portugal 18.4 percent; Morocco 18.0 percent; USA 9.2 percent; Japan 1.9 percent; Canada 1.6 percent. Looking at the USA numbers more closely, the commercial part of that equation is roughly 4.2 percent of the overall 9 percent number, and the recreational part of it is the remaining 5 percent.

What’s interesting here is that the US commercial and recreational angling communities are now going to experience more restrictive measures for their 9.2 percent overall shortfin mako catch. ICCAT tries to get its non-USA members to conform to their regulations, but the problem here is the consistency of enforcement. Unless every commercial vessel has an ICCAT observer onboard with the power to cut their tuna quotas on the spot for ignoring the new mako regulations, in essence what American anglers are doing is conserving our resource so that the other folks can catch more of them – welcome to the madhouse of international negotiations.

NMFS had considered several recreational alternatives that would reduce shortfin mako shark mortality and meet the stated conservation objectives. The alternatives, which are listed below, ranged from maintaining the status quo under the No Action alternative to allowing only catch and release recreational shark fishing. The following list was the considered alternatives:

NMFS initially preferred Alternative B3, which would have increased the recreational minimum size limit to land shortfin mako sharks, male or female, to at least 83 inches FL (fork length). This alternative would have implemented the same requirements that were in effect under the emergency interim final rule, which differed from the provisions in ICCAT Recommendation 17-08. However, based on public comment and updated analysis, NMFS changed the preferred alternative in to Alternative B2, which increased the minimum size limit for male shortfin mako sharks to at least 71 inches FL and female shortfin mako sharks to at least 83 inches FL. This minimum size is consistent with the provisions of ICCAT Recommendation 17-08 and is expected to have conservation benefits sufficient to achieve the objectives of the action by reducing shortfin mako mortality.

Consistent with the laws of physics (economics and politics), for every action, there is typically a reaction. According to NMFS data, the increased minimum size limits are likely to result in recreational fishermen taking fewer trips to target shortfin mako sharks. Effort data collected via the LPS coastal surveys suggest that in 2018 there was a large reduction in directed fishing trips targeting shortfin mako sharks under the 83 inches FL size limit implemented by the emergency interim final rule compared to the six-year average. Estimates of directed trips in the LPS region (Maine to Virginia) for shortfin mako sharks in June through August 2018 declined by 34 percent compared to the six-year average from 2012 through 2017. This reduction in directed trips resulted in greater than projected reductions in shortfin mako shark landings. 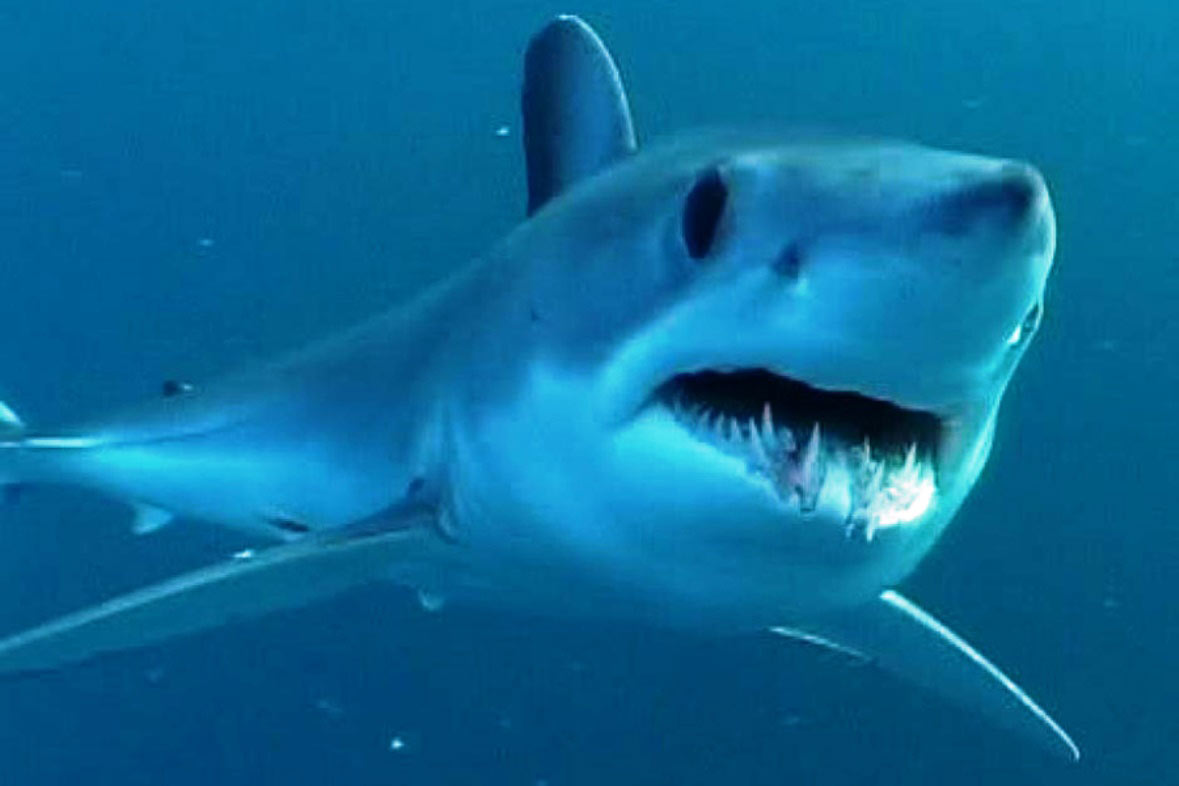 NOAA data indicate that there are an average of approximately 4,750 directed trips targeting shortfin mako sharks by coastal recreational anglers in the LPS region on average each year, and about 36 percent of them harvested shortfin mako sharks when managed under the 54 inches FL minimum size limit. By raising the minimum sizes, this could reduce the percentage of directed trips down to only 13 percent of the norm. This in turn could result in a substantial reduction in directed fishing trips for shortfin mako sharks, leading to short and long-term moderate adverse direct and indirect socioeconomic impacts on supporting businesses and industries. Indirect socioeconomic impacts include less revenue for supporting businesses such as bait and tackle suppliers, marinas, fuel operations and the hospitality industry in coastal towns. Yikes!

Where Do We Go From Here?

NOAA’s analysis of the effect that the new mako regulations are likely to have on overall conservation efforts are as follows, as quoted from their Regulatory Impact Review dated December 2018: NOAA projects that the new recreational restrictions on makos will have only a minor beneficial impact to the species, while posing a moderate/adverse socio-economic impact to local coastal businesses that rely on shark trips and tournaments for annual income.

Just like we’ve seen with other US fisheries management efforts in recent years, whenever the almighty dollar is involved in the equation, things tend to not make sense (to us recreational anglers). The mako regulatory issue is more complicated, in that it has international implications. There are many deals made with other countries, where quid pro quo (this for that) is the deciding factor in determining who gets what piece of the pie and these are sometimes done at the highest levels.

As someone who has brought over 500 makos to boatside (with 95 percent of them tagged and released to live another day) in five decades of coastal sport fishing, I am concerned about where this fishery is going. With recreational anglers on the eastern seaboard being responsible for only 5 percent of the total annual shortfin mako catch, we didn’t cause the problem. However, we will certainly be tasked with the solution, no matter how many tournaments are cancelled, how many marinas pump less fuel, or how many local businesses lose income. Welcome to the new normal. 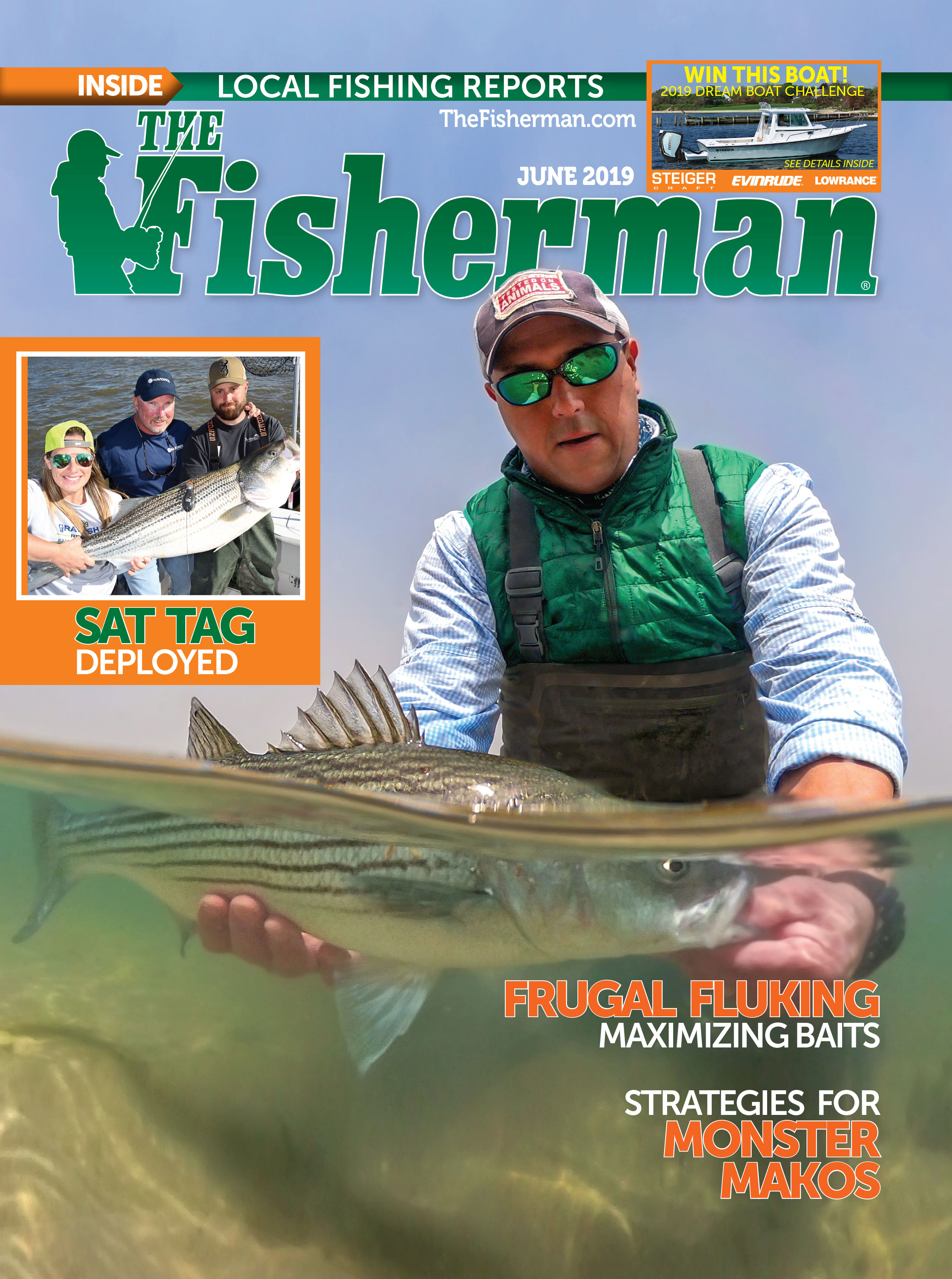 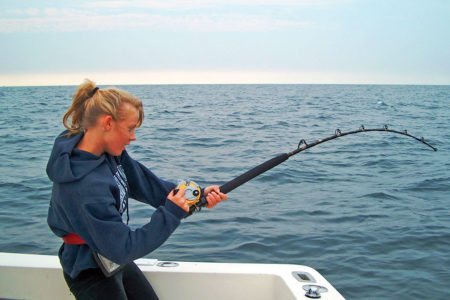 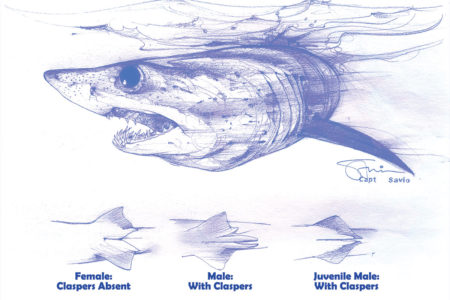