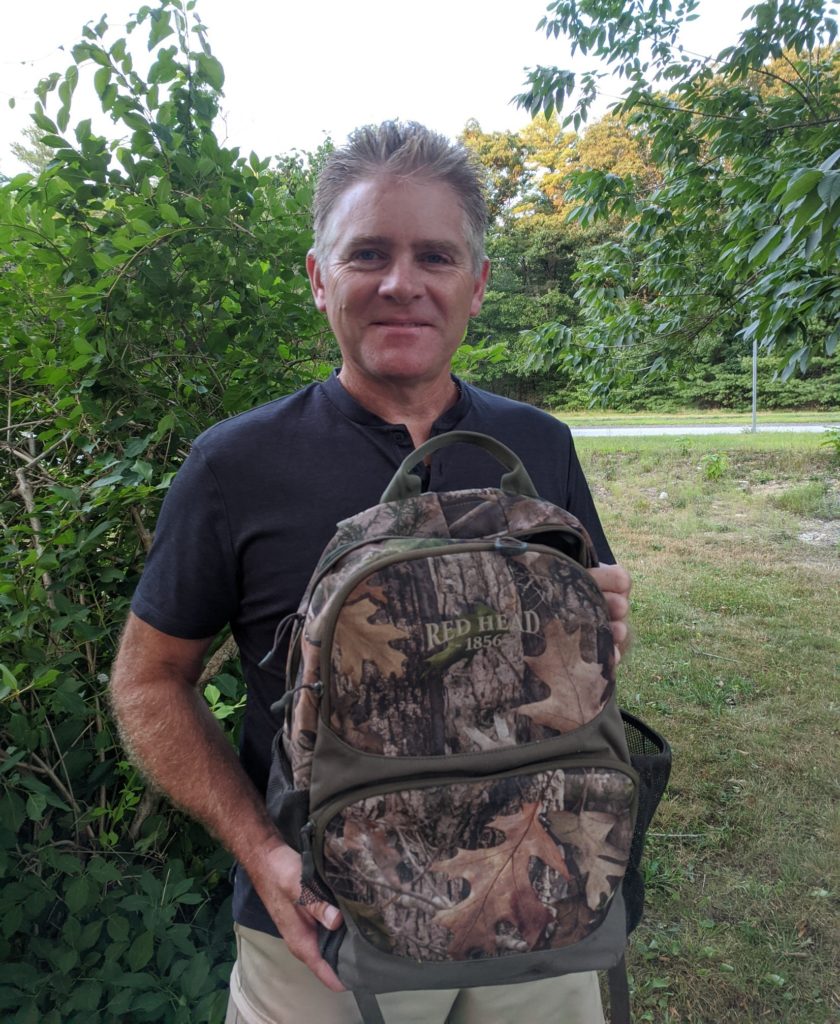 Sometimes the sea take away, and sometimes it gives back; this is a story about both.

Ed Hinko enjoys surfcasting and has been fishing the fabled Cape Cod Canal since he was about 15 years old. The middle-aged electrician decided to try his luck at Pole 85 on the mainland side during a nice June day last year. He was using his teenage son’s camo-colored backpack to transport lures and other fishing equipment. The huge Canal crowds were all casting into the rising east tide with the hope of landing a hefty striped bass on the warm summer afternoon. Ed baited his hook with cut mackerel, pushed the small button on the Abu Garcia 7000 bait caster and tossed his offering out into the fierce currents. He repeated this routine for a few hours, but unfortunately the fish were not cooperating so he never got a bend in his 11-foot custom rod.

It was time to head home so Ed started to walk along the service road toward his parked van when he noticed Jack Barton wetting a line at Pole 80. Jack is a classy Canal Rat who makes his living as a talented finish carpenter, skills that he utilized to construct a unique personalized beach chair equipped with a rod holder for his father to use as he slowly worked his way back to fishing while recovering from open heart surgery. Ed made his way down the rip rap stone bank to say hello to his friend and placed the backpack on a rock while he and Jack spoke for about 10 minutes as darkness began to envelop the Big Ditch. They had a nice conversation before Ed wished Jack luck in fishing, said good-bye and headed up the rocky slope to his vehicle.

Ed opened his work van the next morning, and when he couldn’t find the backpack he immediately realized that he must have left it near Jack at Pole 80. The camo pattern combined with nightfall apparently had served to disguise the backpack and keep it hidden in plain sight. He drove right to the Canal, but the pack was nowhere to be found so he quickly called Jack hoping that the affable angler may have picked it up, but no such luck. Ed now recognized that the incoming tide must have carried it out into the Canal. Unfortunately, the backpack contained not only plugs and other fishing gear, but also Ed’s favorite yellow-handled linesman pliers that he used every day for his electrical work.

Ed assumed this was the end of the story, but it wasn’t.

Roughly one month after the backpack washed away, Tim Cole (a Marine Biologist at NOAA’s Northeast Fisheries Science Center in Woods Hole) was enjoying a nice July morning with his wife on Black’s Beach in West Falmouth when he spotted something floating in the ocean about 80 yards offshore. The beach is very shallow there so he was able to make his way through the small swells and walk out to retrieve the object in waist-deep water. He grabbed a strap on the floating item and headed back to shore to examine his mystery find. Tim had found the missing backpack which must have traveled on a west tide all the way down the Canal into Buzzards Bay! Pole 80 is close to the east end so the backpack floated almost the entire seven mile length of the Canal before continuing on its journey toward Falmouth. Tim looked inside and found the saltwater fishing license belonging to Peter Hinko, Ed’s son and owner of the backpack. He used the information on the license to locate the Hinko family through a Facebook message. Tim had given the contents a freshwater rinse so everything was still intact and in relatively good shape!

Ed drove to Falmouth to retrieve the backpack that he thought would never be seen again. He gratefully gave Tim $50.00 as a reward for his kindness and drove home with the backpack and a beaming smile on his face. Tim then donated the reward money to the Buzzards Bay Coalition as an acknowledgement of their mutual appreciation of the water. It’s important to note that if Ed’s family had not been in compliance with the law and purchased a saltwater fishing license they may never have been found.

After an application of cleaning oil on the pliers they were as good as new and continue to be Ed’s favorite tool to this day. Ed thought that his belongings were long gone forever into the deep blue sea, but the ocean occasionally gives as well as it gets with the surf giving up nice fish, great adventures and sometimes even big surprises!

East End Eddie Doherty is a retired Massachusetts District Court Clerk-Magistrate and author of Seven Miles After Sundown, a book about surfcasting at the Cape Cod Canal. The book is available on Amazon and at your local tackle shop. 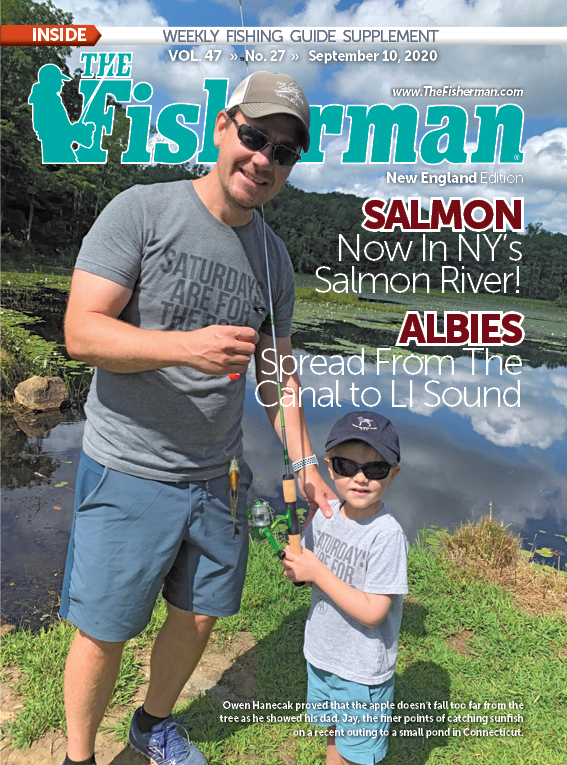 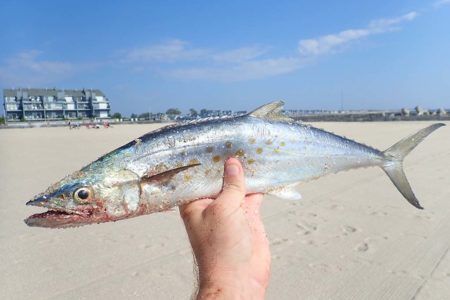 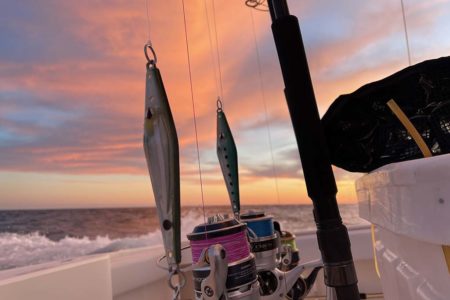 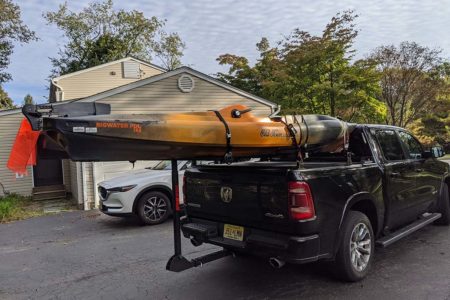