In March of 2016, National Public Radio’s (NPR) Alastair Bland penned an article (How In Trouble Are Bluefin Tuna, Really? Controversial Study Makes Waves) that outlined the findings in a research paper which was published in the journal Proceedings of the National Academy of Sciences (PNAS), suggesting that fishery managers reassess the western Atlantic bluefin’s population.

“The 10 co-authors, most of whom are scientists with the National Oceanic and Atmospheric Administration, say they’ve all but confirmed that bluefin tuna spawn in an area of the Atlantic Ocean previously suspected but not known to be a breeding ground,” Bland noted, adding “Not only that; the tuna spawning in this area off the Atlantic Coast are much younger and smaller than the age and size at which it was previously believed the fish become sexually mature, according to the scientists.”

The initial release of this research set off a firestorm, with some hardline members of the environmental community blasting the study as nothing more than a ploy by “fishery-friendly scientists” to support the concept that Atlantic bluefin tuna were not nearly as close to extinction as the enviros claimed.  “[T]heir main concern is not recovery, not conservation, but how their findings can allow additional exploitation and more stress to be inflicted on a very beleaguered creature,” noted ecologist Carl Safina in an apparent email exchange (cited by Bland in the article referenced above).

According to Bland, a distinguished researcher at the University of Massachusetts and a co-author of the PNAS study named Molly Lutcavage dismissed Safina as an “enviro bully” and an ideologue who ignores the science.  In fact, back in June of 2016 here in The Fisherman, the late Capt. Al Anderson first wrote of this Slope Sea research, which Lutcavage then tabbed “monumental and revolutionary,” while noting that “environmental organizations have been quick to criticize the study.”

Earlier this year, the Woods Hole Oceanographic Institution (WHOI) presented an updated analysis of their Slope Sea research, with the paper presenting larval evidence that supports recognition bluefin spawning in the Slope Sea.  “Overall, our results provide important supporting evidence that the Slope Sea is a major spawning ground that is likely to be important for population dynamics,” the paper states, while explaining how spawning in the Slope Sea “may offer the species additional resilience in the face of both harvesting and climate change.”

The prevailing belief by fisheries managers is that Atlantic bluefin tuna is comprised of two populations with strong natal homing to spawning grounds in the Gulf of Mexico and the Mediterranean Sea.  While there has always been speculation that spawning may occur in other regions, the 2016 paper was first to provide scientific support of bluefin tuna spawning ground in the Slope Sea, which is a wedge of ocean bounded by the U.S. shelf break and the Gulf Stream as it moves away from the East Coast.

“In comparison to everything else we know about this species, the Slope Sea is a perfectly good place to be born as a larva,” said lead author Christina Hernández, a doctoral student in the Massachusetts Institute of Technology (MIT) and WHOI.  “The larvae are growing at a similar rate in the Slope Sea as they are in the Gulf of Mexico, at least in the year [of sampling], which suggests that the Slope Sea is providing completely suitable and adequate habitat for larval growth and development,” she said.

“In the 2016 paper, we proposed that the Slope Sea is a third major spawning ground for bluefin tuna,” said David Richardson, research fisheries biologist at NOAA.  “The additional sampling, reported in this new paper, confirmed that bluefin larval abundances in the Slope Sea are comparable to levels typically found in the Gulf of Mexico,” Richardson noted, with the lead author of the 2016 paper and co-author of the latest paper adding “This work emphasizes the importance of the Slope Sea as a spawning ground and highlights the need for further bluefin tuna research in this region.”

According to WHOI, researchers used plankton nets to collect larvae in the Slope Sea and the Gulf of Mexico, analyzing and comparing larval growth in the two regions by studying larval otoliths.  They also conducted larval transport simulations to estimate the movement of larvae floating in ocean currents to evaluate the origin of the larvae and their fate.

Or as Lutcavage told NPR, “You can’t do good conservation without good science.” 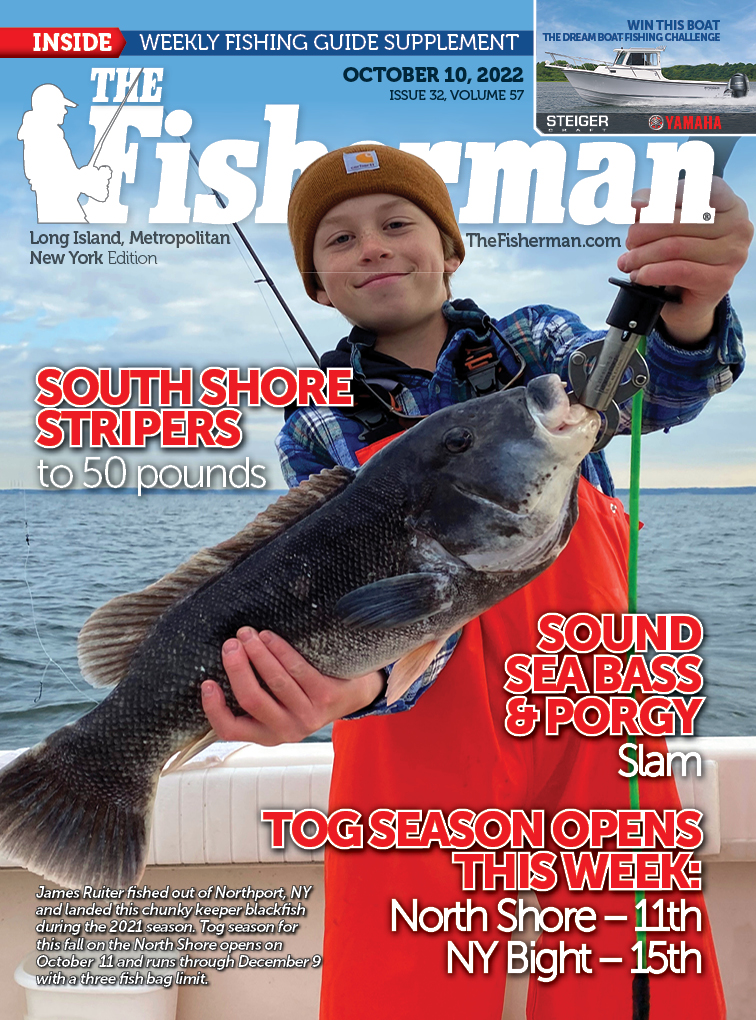 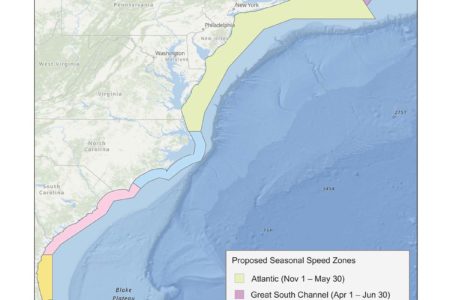 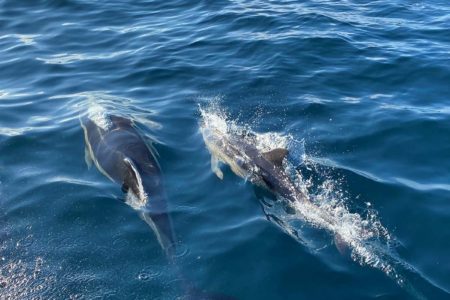