The Ozark Sportsmen Club is proudly presenting their 22nd Annual Greater Saltwater Open Fluke Tournament on Saturday, August 21 with cash prizes totaling $6,000 based on a 100 boat field.  A group of passionate and likeminded New Jersey hunters, fisherman, and outdoor enthusiasts based in Jackson Township, members of the Ozark Sportsmen Club believe in giving back to those who have given everything, which is why their 22nd annual even will once again benefit the Heroes on the Water NJ Chapter.

Best known for their Greater Salt Water Open, the Ozark Sportsmen Club’s annual charity fishing tournament brings hundreds of anglers together for a day of excitement and fun on the water to raise money for the NJ Chapter of Heroes on the Water which provides alternating therapeutic programs for veterans, active-duty military, first responders and their families.

The Ozark Memorial Fluke Tournament – the Greater Salt Water Open – will offer prizes for first through fifth place in the fluke division, with prizes also awarded for biggest bluefish, sea bass, sea robin, and skate!  Calcutta information is also available at the Captain’s Meeting which will be held on Thursday, August 19 at 7 p.m. at the Ozark lodge at 150 Toms River Road in Jackson.  Rule review will be held virtually.  Entry fee is $120 until August 13 (up to four anglers), and $150 after August 13 up until the captains meeting.

There are weigh stations for the August 21 tournament from Sandy Hook to Tuckerton, with top awards paying out for the combined weight of the three biggest fluke.  A picnic and award ceremony will be held on Sunday, August 22 at Millstone Elks lodge in Millstone Township, NJ.

For more information about the Ozark Sportsmen Club and their 22nd Annual Greater Saltwater Open Fluke Tournament contact Rob at 609-516-4096 or visit the club website at www.ozarkgso.com. 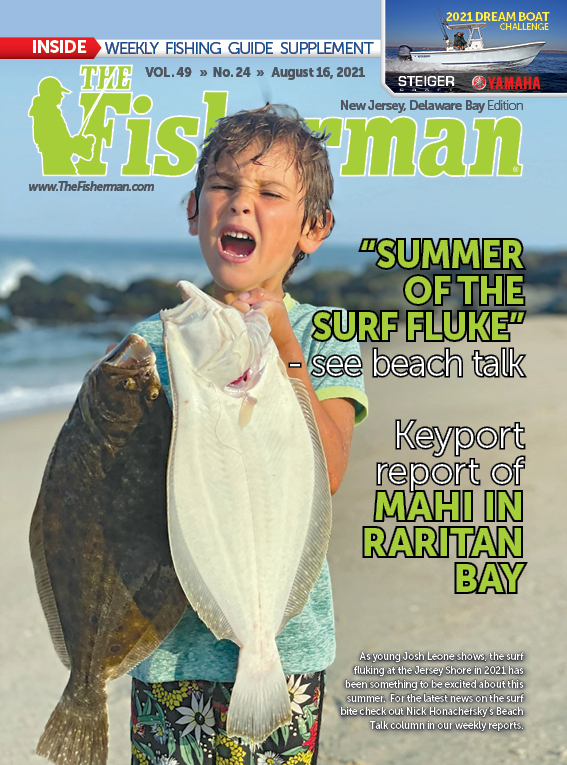