While Delaware anglers are already floundering around, the New Jersey bay fleet has another month of tactical planning.

Bottom structure is defined as any significant change in the bottom contour. Some are quite dramatic and steep while others are less significant but no less capable of holding plenty of fluke.  Fluke usually take up feeding stations along channel edges or drop-offs, moving to the deep on the falling tide and up onto the edge of the flats on the high or incoming tide.

Fishing over a broad, flat area with no bottom change is much less productive than focusing your efforts on those areas near a clearly established edge, but many shallow waters have slight depressions that can hold plenty of fish. From a fluke’s point of view, a 4-foot depression in a 3-foot flat can be considered a nice comfy spot to find shelter and good eats, especially at the end of the falling tide.

Fluke heaven often occurs when the structure edge occurs at an elbow in a channel, or where two channels intersect. If the drop-off occurs near a point of land your chances of success are even higher.  Fish the deep edge of the point on the start of the incoming or end of the outgoing; fish the high point on the end of the rising water and start of the dropping.  Deep holes are other good spots. The fluke usually hold on the down current side as the bait is washed toward them.

A rip or current seam where two currents bump into one another or where water flows over a sand bar or mussel bar is a “soft” type of structure that will usually hold bait and fluke. A gap in the sand bar will concentrate the current and speed up the current as it flows through the gap and is another favored spot for fluke.

The edge of a temperature break is fluid type of structure.  In the spring and early summer, the best fluking will usually be found in areas where the temperature is warmer rather than cool. In late summer, the opposite occurs as hot bay water forces most fluke to deeper, cooler water.

Besides watching your fishfinder to check bottom contours and temperature, watch the screen for red “meatballs” that indicate large bait schools.  Also watch the surface to see “dimpling” water indicating bait near the surface.

Fluke always feed best when there is a current caused by tide changes. Tides are the vertical up-and-down measurement of water depth that causes massive volumes of water to flow horizontally creating currents that push bait and fluke in and out of back-water bays, rivers and inlets. The best fishing is usually on the start or end of the tide change. On the rising tide, fluke move from deeper channels and holes, and travel toward the top of the structure and shallow edges then head back to the deep on the dropping tide. They feed as they prowl from deep to shallow and back to the deep.

A falling tide is the ideal time to fish creek mouths or the fingers of deeper channels as they empty from coastal marshes serving up a buffet table of snacks for fluke.  The incoming is not usually as productive, but the dropping tide is exceptional.

We’re all “salesmen” when it comes to fluke fishing, and our best sales pitch is an appealing presentation that keeps the lure or bait moving to attract the attention of the fluke. If the bait isn’t moving, the fish won’t strike and your cooler will be empty. Two popular rigs are my favorites; a leadhead with a soft plastic tail, and a standard single-hook bait rig.

One of the most effective fluke presentations for back-bay fishing is a simple bucktail or a leadhead dressed with a plastic tail for color. Make a short cast, or just drop it to the bottom. As the boat or kayak drifts with the current work the rod tip on short lifts to make the leadhead dart up from the bottom then lower the tip to bounce the lure on the bottom. The vertical lifts can be about a foot or two, or only a few inches. The pace can be rapid and snappy, or slower with a pause in between each rod tip lift.

If there’s little current to create an effective drift then casting and retrieving is the way to go. Make a short underhand cast to get the leadhead out and away from the boat about 20 to 30 feet – not too far or you’ll lose the ability to “feel” the lead head bouncing on the retrieve. Once the lure hits bottom, work the rod tip with lifts and drops so the bug darts up from the bottom, then settles back down. The presentation looks much like a frightened baitfish and fluke will whack it aggressively. Drape it with a live killie or a squid strip, or use a scented soft-plastic tail.

The leadhead needs to be just heavy enough to hold bottom. In most shallow areas, a half- to 3/4-ounce leadhead is about right, unless the current is really ripping, then you may need to go as heavy as 1 to 1-1/2 ounces. When there is no current, or minimal current, get your motion by casting a bucktail and retrieving it in short hops so it bounces along the bottom. A Minn Kota electric trolling motor is also a good way to work channel edges.

When bait fishing, a single-hook rig to present a squid and live killie, or squid and fresh sand eel, or squid and spearing combo is a good choice. Use a three-way swivel; one leg attaches the main line, another to a 24- to 30-inch leader to the hook and the third leg to the sinker. Make the rigs ahead of time and store in Ziploc bags with a 24-inch leader to the sinker, but no loop. The sinker-attachment loop is tied in after you decide the water depth to fish that day.  Some fluke sharpies prefer a sliding fishfinder. The hook leader is the same length, but the fishfinder is captured by a small barrel swivel attached above the hook leader.

Drift with the rod pointed about 45 degrees to the water with the reel in free spool or with the bail open. At the tap-tap of a fluke, drop the rod tip, free spool a short length of line for about a two or three-count, and then lift the rod to set the hook.

If your bait rig is not getting hits while others around you are hooking up regularly, check the bait. If the squid strip is dirty and muddy looking, it is digging into the sandy, muddy bottom. Correct this by increasing the length of leader between the three-way and the sinker, or add a short leader between the fishfinder and the sinker. A drop-down of 6 to 12 inches is about right for shallow water, a bit longer for deeper water. If your rig has a lot of metal hardware on it, such as spinner blades, a heavy three-way swivel, large sinker snap and a lot of flashy beads, you can remove at least some of this stuff. The added weight is dragging the bait through the sand making it look unattractive.

Successful fluke fishing is usually a matter of figuring out which of today’s options will reveal where the fluke are located, and how to get the best bait to them. These tips should put a few extra fish in the box when New Jersey’s season commences on May 22. 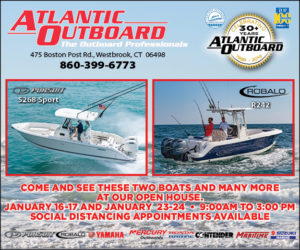