“Do you know whose recipe this is,” asked Point Pleasant, NJ party boat skipper Captain Bob Bogan of The Gambler as I bit into the ling cakes he had prepared. “It’s Milt and June Rosko’s,” he said procuring Milt’s definitive edition of The Complete Guide to Saltwater Fishing.

For over 70 years readers of The Fisherman and other publications have benefited from Milt Rosko’s masterful how-to articles. Oh yes, the ling cakes didn’t last long, his great prose, photos and signature smile have always been accompanied by recipes from his wife June’s kitchen. Readers of The Fisherman have devoured each bite. Milt grew up fishing, and by the age of 7 was joining his father aboard rowboats and tow boats moored in Johnny’s Landing in the Highlands. After marrying his high school sweetheart June and a stint in the service where he participated in atomic bomb testing, Milt embarked on a 45-year career in management at Anheuser-Busch where he also became a fishing and writing machine. “I really just wanted to help some of these new anglers who when I went fishing made so many mistakes and were not catching.” he said.

A staunch conservationist, Milt was a proud member of the Rod and Gun Editors Association of Metropolitan New York for 45 years. Capt. Bob Bogan was a guest of Milt’s at one of these events.  “Milt was never one to shy away from making his point, his copy always provides solid, how-to, where-to and when-to information and hits at commercial interests and the absurdity of modern fisheries management,” Capt. Bogan said of him.

Or, as Milt said himself in the following passage to me.

Time marches on, and as I turned 89 years old on July 19, I’m dismayed as to how recreational saltwater fishing has changed since my dad introduced me to it.  I have taken the time and effort to write, so that everyone from families with young children to adults were better prepared to enjoy their outings.

At the time I began dating June Whitmeyer, a lovely young girl I met when we both attended West Side High School in Newark. I began taking her fishing, and we then began the task of our taking photographs of the expeditions.  We highlighted the techniques used to enhance our catch. June and I married and will celebrate our 65th wedding anniversary on November 1.

During the span of years, I was pleasantly surprised at a banquet on March 18, 1966 to receive recognition of my accomplishments by the New Jersey Travel & Resort Association.  The unique plaque I received still graces the wall of my office at home and reads: “In recognition of his dedicated and unselfish contribution to New Jersey Fishing and for his continual interest, informative writing and personal interest in all segments of New Jersey’s fishing that has helped make fishing in New Jersey the great recreational attraction it has become.”

That was 53 years ago and while it clearly recognized my efforts unfortunately, New Jersey’s politics began to dominate, and government over spent. Mismanagement has taken New Jersey from being a great state to now the most politically and financially irresponsible state in the entire United States.  It would serve no purpose for me to go into these details as New Jersey still has excellent freshwater fishing.  It has excellent hunting for deer and bears, pheasants and quail, ducks and geese.  But saltwater fishing that should have been controlled was destroyed by commercial and political interests. I once met with a Director of Fish and Wildlife aboard a boat and the man held the fishing rod upside down!

Milt’s first magazine article was published 65 years ago by Hal Lyman and Frank Woolner in Salt Water Sportsman, and he has since written hundreds of articles for publications including The Fisherman, Field and Stream, Sports Afield and Outdoor Life.  Books by Milt Rosko include The Complete Book of Saltwater Fishing, The Surfcaster Guide to Baits, Rigs and Lures, The Complete Book of Shark Fishing, The Striped Bass Book, and Fishing the Big Four. These are just the modern titles as Milt has penned many others through the popular Garcia Sports Library Collection in the 1970s.

When I first started working at The Fisherman one of the first people to make an appointment with me was Milt. We talked for a solid two hours in the office and I have to say editing his articles was automatic. The consummate gentleman, Milt has always been able to stay ahead of the curve; in fact it was Milt who approached me about 10 years ago with an idea for tracking recreational and commercial fishing boats through GPS and electronic data, a concept that eventually came to fruition as Electronic Vessel Trip Reporting required of commercial and for-hire vessels today.

It has been a pleasure to be an editor of his, an avid reader of his works and above all a huge fan of this outdoor writing icon, who is still as sharp as a live-bait hook. He is owed a debt of gratitude. 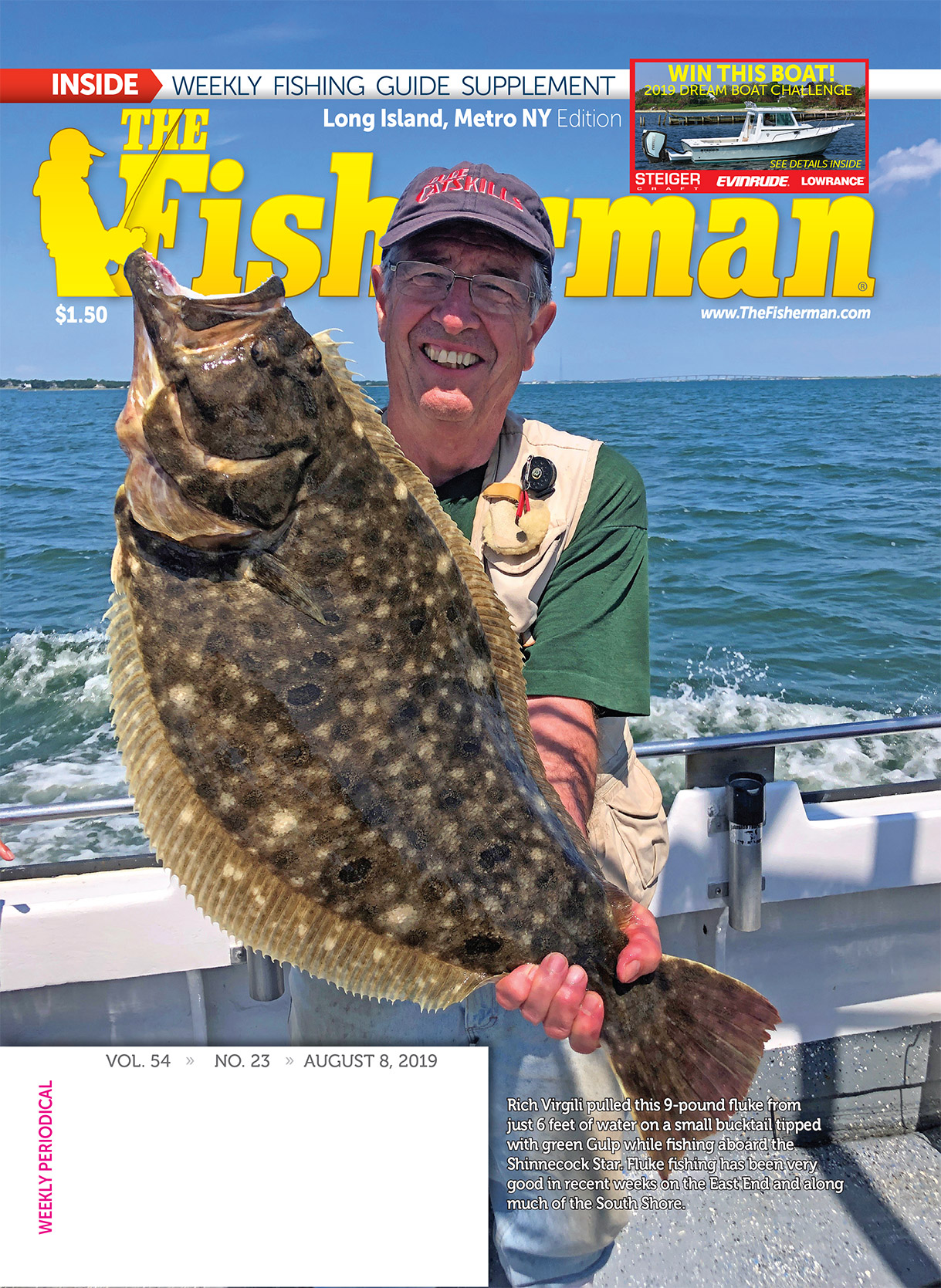