Call the Massachusetts Environmental Police at (800) 632-8075 to report a fish kill in the state.

Natural fish kills are generally the result of low oxygen levels, fish diseases, or spawning stress. Depletion of dissolved oxygen is one of the most common causes of natural fish kills. Water holds less dissolved oxygen at higher temperatures; in shallow, weedy ponds oxygen can be especially low as plants consume oxygen at night. Spawning of fish including sunfish and bass in late spring and early summer occurs in shallow waters along the shore. These densely crowded spawning areas can become susceptible to disease outbreaks, especially as water temperatures rise. The result is an unavoidable natural fish kill, usually consisting of only one or two species of fish.

To be sure there isn’t a pollution problem, it’s always best to report fish kills. When a fish kill report comes in, a MassWildlife fisheries biologist determines if the kill is a natural event or the result of pollution. In general, pollution impacts all kinds of aquatic life; therefore, the most important piece of evidence for the biologists is the number and variety of fish associated with the incident. When pollution is suspected, MassWildlife notifies the Department of Environmental Protection, who then conducts a formal investigation of the water and affected fish to determine the source of pollution. 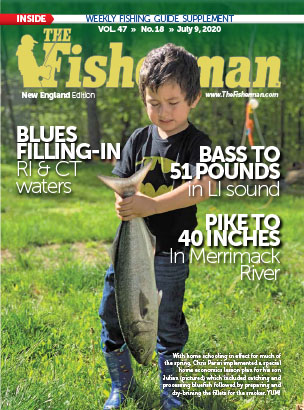