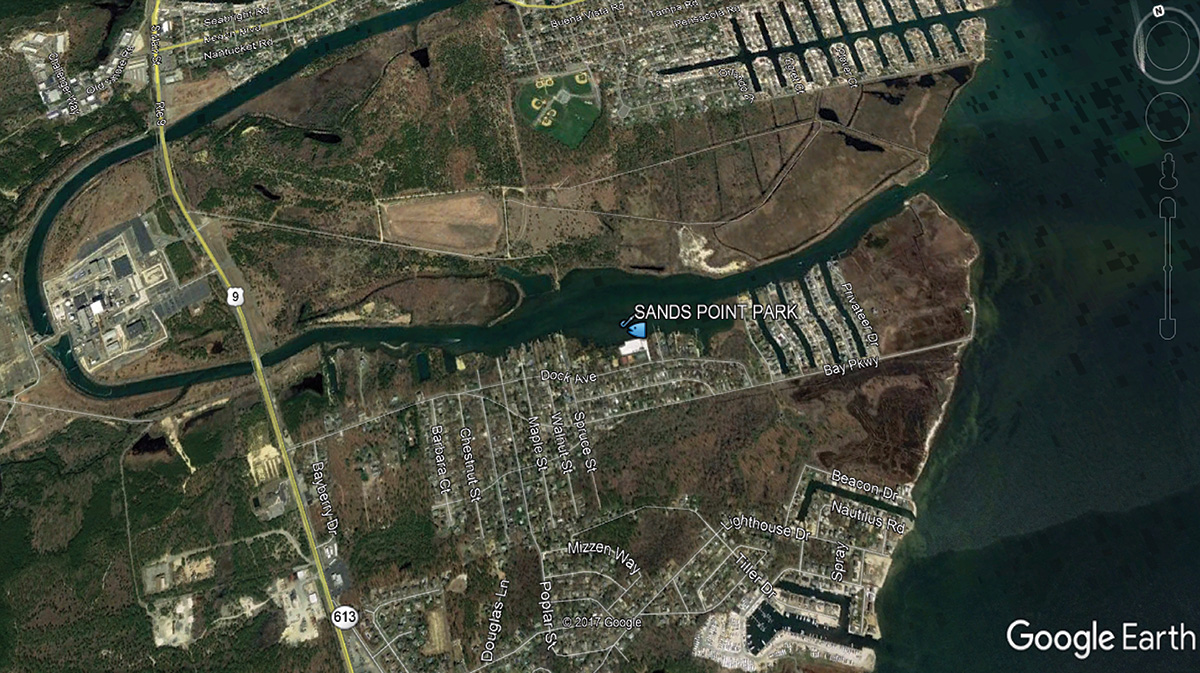 March 1 cannot pull in soon enough! That’s the train of thought among those familiar with the early spring striper fishery in Ocean County’s Oyster Creek, particularly in the outflow section as the warmed water wends its way to Barnegat Bay.

The kick off of the Ides Month is the opening of the back bay and tidal river striper season, and to say the “Power Plant” garners its share of cabin fever fishing pressure would be an understatement. The overpass on the swim on the northbound side of Route 9 is oftentimes a shoulder-to-shoulder scene, with the more independent opting to prowl the brushy banks searching for casting space.

In what may be the best kept secret except by those in the tight-lipped know is that Sands Point Park, located directly on Oyster Creek along Dock Avenue, is just two, maybe three minutes off Route 9 in Waretown; it offers not only a 200-foot-plus fenced fishing bulkhead complete with rodholders and a fish cleaning station paralleling the creek, but also a pier (great for crabbing) and a state of the art ramp that can easily accommodate vessels to 24 feet—and there is no fee to launch. This gives both landlubber and boat anglers access to the New Year’s bite that continues through the spring season. 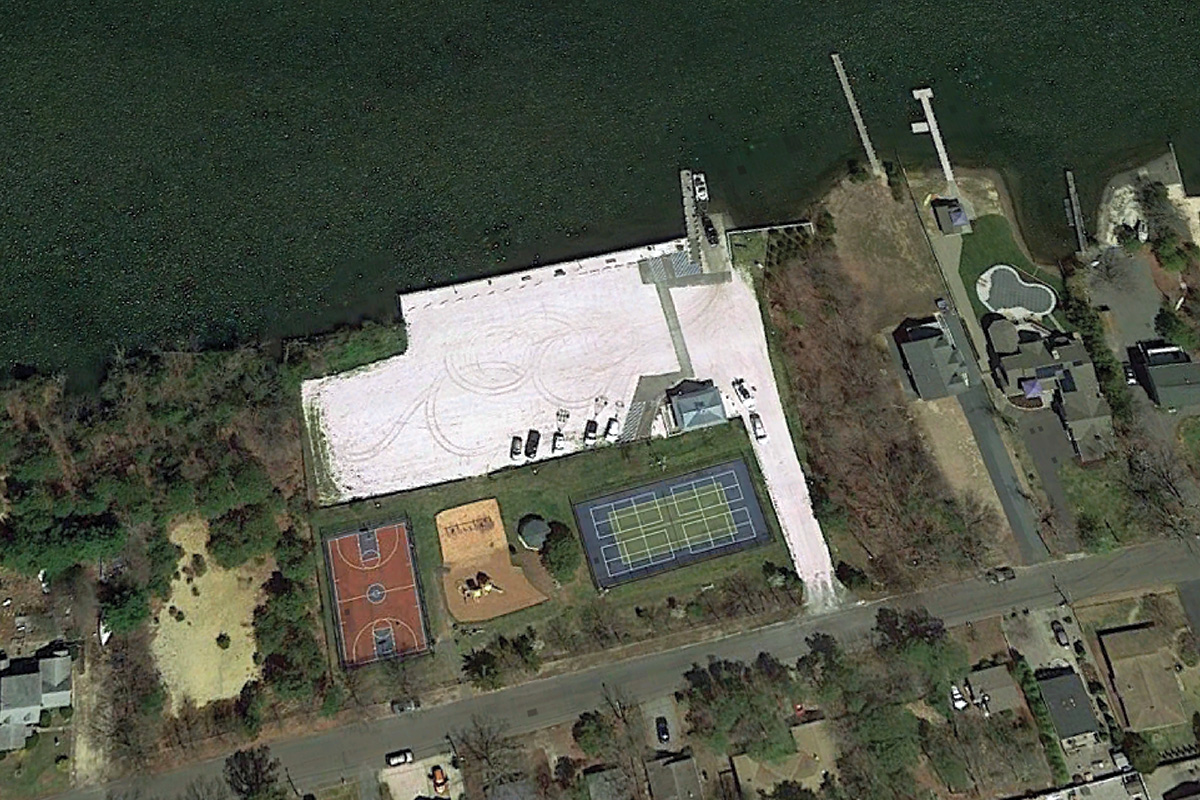 Truly a case of hiding in plain sight, if you will.

With the grand opening in 2010, Sands Point Park is under the auspices of both the Township of Ocean and the state of New Jersey. It was funded with monies from the Sport Fish Restoration Fund and I Boat NJ, and is patrolled by both the Ocean Township police and conservation officers from the NJ Division of Fish & Wildlife’s marine law enforcement division.

The grounds are meticulous and are fastidiously maintained by the Ocean Township Dept. of Public Works. There is a spacious, modern restroom facility, pickleball and basketball courts, a playground, gazebo, benches, and picnic tables, making this venue ideal not only for the angler and crabber, but as a family fun day destination as well. The huge parking lot can easily accommodate 30 or more vehicles with space for a dozen or so of those pulling trailers.

This is an ideal put in sight for ‘yakking anglers as well.

The location is approximately 1.4 miles below the Route 9 overpass at the power plant outflow, and the waters are influenced by the warmed infusion, although not to the extent as farther up closer to the source.

Observes Joe “FishNut” Theil, an active early season Oyster Creek prober who prefers the lower part of the swim, “I’ve noticed a temperature difference of 4, sometimes 5 degrees in the creek off the park from where I keep my boat in Beach Haven West, and that’s where we go for the first taste of striper action in the spring.”
Linesiders are the headliners once they become legal March 1, and sizes will vary from foot-longers to weights in the teens, and every year it seems a 20-pound or heavier bass is dragged from the creek.

“Bloodworms or sandworms for bass early in the season,” heartily advises Liza from nearby Creekside Outfitters in Waretown. Those who eschew the use of bait, live or otherwise, coax strikes with plastic shads, bucktails/grubs (or Otter Tails) or plugs. Another outstanding lure in the hardware lineup is the X-Rap by Rapala in the Glass Ghost pattern. Liza reminds anglers to keep the area clean; there are trash cans onsite but they’re often filled, so anglers should be diligent to carry out what they carry in.

The winter flounder become legal quarry the same date as the bass, and flatfish aficionados ice their two fish limits both from boat and bulkhead. Flatties reach respectable sizes here, with fish to 15 inches not uncommon. They’re suckers for sandworms, with bloods and clams also effective. It’s all about getting the chum in the current, with bulkheaders lobbing crushed clams and/or mussels from the platform and then getting their baits in the slick.

Bluefish have been known to hang out in the creek all winter, but figure late March/early April for the rod bending fireworks. The past few spring seasons have witnessed the phenomenal invasion of blues to 15-plus pounds, with a few close to the 20-pound mark being decked or netted. Fresh or salted bunker chunks, metals, plugs, bucktails—all will elicit the slash ‘n grab.

One can expect a pick at good size white perch during March and April, with surprises in the forms of speckled seatrout, redfish and weakfish also on the bite in the hospitable early spring surroundings.