When I was growing up in Sea Isle City, inlet location was typically taken for granted. The geologic history of inlet migration wasn’t something we thought about, but understanding shifting shoals in our inlets was if we were to cross them safely.

Then, our island itself became a shoal! The Ash Wednesday Storm of 1962 covered 90% of Ludlam Island with three separate storm surges on top of high tides. Riding out the storm and participating in restoring public works infrastructure motivated my high school senior English class research paper about beach erosion. What I found helped forge my lifelong interest in the marine environment.

Before New Jersey’s barrier islands were populated, inlets between them migrated either north or south depending on which side of Barnegat Inlet they were situated.  North of Barnegat, they progressively worked their way north as erosion wore away sand on the north side of an inlet and littoral drift carried sand up the coastline where it was deposited on the south side of the next inlet. The inlets would only move so far north, then sand in and close off. Eventually, a huge storm would breach the barrier island at about their original location, and the migration process would start all over again.

At the extreme northern end of the coastline, an elongated spit would form. South of Barnegat, the same inlet migration cycle occurred, only in the opposite direction, towards the south. So recorded an 1878 report, History of the New Jersey Coast.

Evidence of the natural process on the north is Sandy Hook which was created by accretion of sand dropping out of the northward littoral drift. Once barrier islands and coastlines were populated, manmade structures to keep inlets in their current locations disrupted Mother Nature’s dynamic natural process. The wide Wildwood beach is a classic example.

The beach at Wildwood consists of sand trapped by the jetty on the north side of the Cold Spring Inlet, starving the downdrift Cape May shoreline of sand. Two miles north, Turtle Gut Inlet where Wildwood Crest now sits, was filled in for residential development. Sunset Lake was the bay inside the inlet! Little wonder that the 1962 storm tried to break through there. Mother Nature doesn’t respect property lines! With rising sea levels and subsidence, barrier island residents, in a manner of speaking, are living on borrowed sand.

Years later while serving as staff study director coordinating a national assessment of beach nourishment and protection with the National Research Council, the 1962 storm experience came to mind. I proposed “Sand Against the Sea?” as the title for the final report. Leading engineers participating on the committee of national experts that authored the report didn’t buy it – too negative they said. What a great title it would have been! The underlying question of the entire study in four words!

Now back to fishing; we used the most convenient inlet with the shortest running distance to get to ocean fishing grounds. Thus, we learned the fishing grounds in relation to our inlet. For my family, that was Townsends Inlet. We fished the tautog wreck on the north side of the inlet, and drifted for flounder and jigged weakfish around the pound net to the southeast off Avalon. The China Junk Wreck (named for its cargo of British-made china) off Avalon wasn’t known until it was discovered by divers in the early 1970s. There were also some wrecks offshore that held sea bass.  Since we never used Corson’s Inlet or Hereford Inlet, we never checked out the nearby fishing grounds.

With slower skiff speeds then than now and shallow thoroughfares through the meadows to navigate, it just took too long for ocean-capable boats to use alternative inlets. We talked about using Corson in case Townsend sanded in. But, Corson’s had shoaled so much, the Coast Guard removed the channel buoys. At least at Townsend’s, an Army Corps of Engineers side-casting dredge would come through now and again to pump sand out of the channel.

Today, modern technology enables armchair searches for fishing hotspots. Recreational boats with good seakeeping capability and speed enable us to go farther and get to multiple spots during a single day-fishing trip. So, while scouting my former home waters with the National Oceanographic and Atmospheric Administration’s (NOAA) Bathymetric Data Viewer or BDV (maps.ngdc.noaa.gov/viewers/bathymetry), I also checked for wrecks, obstructions, and bottom features at Corson’s and Herford Inlets as well as artificial reefs. The three fish havens off Corson, Townsend, and Hereford Inlets, and the north two-thirds of the Cape May fish haven are shown by Chart 1.

All but the northern two thirds of the Cape May Reef are within BDV “BAG” Color Shaded Relief coverage, essentially side-scan sonar-like images. “DEM” Color Shaded Relief imaging of sounding data is available for all sites. Limited BDV “BAG” coverage is also available for a narrow band along the shoreline between the south end of Hereford Inlet and the middle of Beach Haven up the coast (see area marked by a dashed line in Chart 1 and the enhanced color image of Hereford Inlet shown in Chart 2).

“BAG” relief coverage within the irregular band is partial, maybe 20 to 30% or so, with widely spaced scan tracks. Detailed coverage is spotty, but is available for some site-specific wrecks, obstructions, and bottom anomalies where National Ocean Service (NOS) field teams provided survey coverage. These include the China Junk Wreck and the Nuphar at Townsends Inlet (see The Fisherman, February 2020). Also within “BAG” image coverage are five of the seven charted wrecks and obstructions at Hereford Inlet, as well as three uncharted bottom anomalies. They are all just outside the inlet, and most offer good light-tackle fishing structure. Chart 3 shows the location of individual objects correlated with the BDV image under a translucent nautical raster chart. There are also several bottom anomalies with 100% “BAG” relief coverage just north of the area shown in Chart 3.

Zooming in on the BDV “BAG” image magnifies structure that isn’t evident at lesser zooms and increases clarity of the scanned objects.  The six wrecks that appear in Chart 3 show these features in greater detail. Background for each of wrecks was not found on diver websites or the Coast Survey’s Automated Wreck and Obstruction Information System (AWOIS). The upper and bottom left wrecks give the appearance of upside-down hulls. The anomaly at top right could be natural or possibly low-lying broken up wreckage. The wreck at bottom right looks highly deteriorated, possibly with remains of cargo inside the frame. But these characterizations are just a guess absent diver reports. Regardless of what they really are, all provide light tackle fishing structure.

Heading To The East

The Evening Star, also known as the “Pig Iron Wreck,” is reported at the northeast corner of the fish haven by njscuba.net at about the same location as AWOIS #1229. The diver website advises that the wreck is thought to be the widely scattered remains of a tanker that grounded and broke up.  East of the southeast corner of the fish haven is the wreck of the 180-foot wood barge Alex Gibson. The wreck of a popular dive site, the barge William D. Biggs #2, is just outside the southeast corner of the fish haven. Also known as the “Green Blinker Wreck” after a buoy which use to mark the spot, the barge was engaged in a salvage operation when the rig settled to the bottom on top of the wooden wreck below. Divers report that little is left of the wooden wreck.

Check AWOIS and diver websites for locations and details about additional wrecks in the waters off Cape May County. All of those in Chart 4 are on my list for prospective fishing trips during a future family visit to Cape May County. 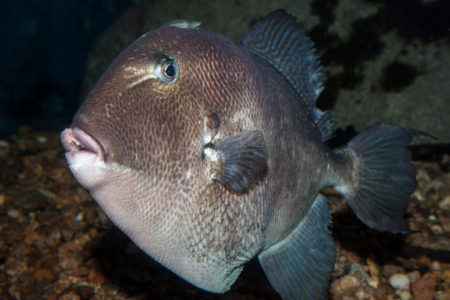 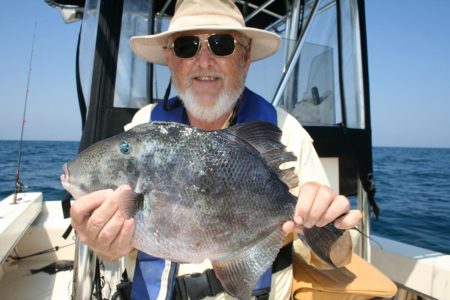 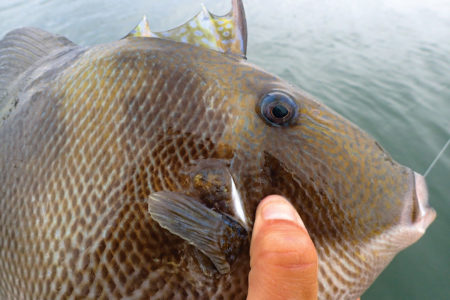