Two ways to win in September

The fall run is when these season-long, marathon-style tournaments tend to really heat up and the Dreamboat and Kayak Clash are no different. Whether it’s photo period or water temperatures dropping past a certain threshold; seemingly all inshore species begin to feed with a sense of urgency, schools get thicker and more competitive, spots that have been barren all summer vibrate with life. If you want to up the ante even further, set your sights on the fish of the month category—scup/porgy for the Dreamboat and hardtails (bonito/false albacore) for the Coastal Kayak Clash.

Quest For The Scup

Whether you call them scup or porgies, it’s impossible to deny that these silvery panfish have had an amazing year. Give the reports section from any issue a quick read and you will see that true ‘hubcap’ size porgies have been landed by anglers throughout our coverage area fishing in boats, kayaks and even from shore. You’re not going to see many articles written on targeting giant scup, most anglers targeting them are just fishing for keepers for the cooler.

I spoke with Captain Greg Dubrule of the Black Hawk, a party boat that runs out of Niantic, CT about putting his fares on hubcap scup, he said: “Location is obviously the most important part of finding the big ones, certain pieces of bottom just hold big fish. Some of these places might be deeper, or more rugged overall. Another thing that can cull out the little ones is current. We have some deep spots with hard current where the small ones just can’t hang—it’s all big ones.” He went on to say that you want to use the best pieces of bait, “cutting bait is no different than butchering a cow.”

“When you butcher livestock there are tough parts that are ground into hamburger and the tenderloins and rib eyes are preferred because they are tender. The tender (I call it snotty) part of the clams is preferred by bottom fish species just like tenderloin,” said Capt. Greg, adding “We try to cut our clams so each piece has some soft ‘snotty’ stuff attached to a tougher section to hold it on the hook.”

The last bit of scup advice comes to us from the words of a friend who is no longer with us, Bobby Jadach, the namesake of the Milford, CT tackle shop, Bobby J’s. Bobby used to tell me all the time, “If you want to catch a lot of porgies, and call in the big ones, you have to chum. Get yourself a little chum bag, fill it up with clam chum and toss it over the side. If you’re in a good spot, the fish will come to you.”

I used to call Bobby every week for reports and he became a great friend. I was really sad when he passed away a few years ago, but his voice lives on in my head and his knowledge is his legacy which I’m passing on to you.

Hardtail season is a blur every year, the fish pop up for the first time in August and then the entire saltwater scene hyperventilates for six to eight weeks and then it’s over. It’s hard not to get caught up in the go-go-GO mentality of seeing those big feeds and hurrying a frenzied cast into the melee. While this is a great way to rack up numbers, if you’re trying to catch the big ones, you need to do some ujjayi breathing and chill out.

I talked to expert angler and Shimano pro-staffer Capt. Jack Sprengel about targeting the biggest albies and after the conversation, we had an entire article’s worth of information which we will be working together to publish in the October print edition. “Two of the biggest aspects to hunting larger albies is to stay away from the big visible feeds and focus on places where the water drops off that inshore shelf. Then start looking for larger baitfish and use bigger lures.” Said Jack, “that’s the best place to start.”

Another trick, passed to me from a few albie hardcores is to sit back and watch for a minute or two. It can be hard not to just wing a cast out there, but if you watch, not only will you see the size of the fish in the school in front of you, but you will also see the size bait they’re on. If you have the discipline, leave those schools eating tiny peanuts and snot bait for the run-and-gun guys, cover water and only stop to cast on the schools that look to be larger fish or those that are flushing big bait into the air ahead of their feeds.

September promises to be a wild month, but with prizes like an Accurate Tern fishing reel and Global Fish Mount for the Dreamboat scup of the month and a $100 YakAttack.Com Gift Certificate for the Coastal Kayak Clash hardtail of the month, it could only be more intense. Best of luck out there and, hopefully, these tips will prove useful in your quest. 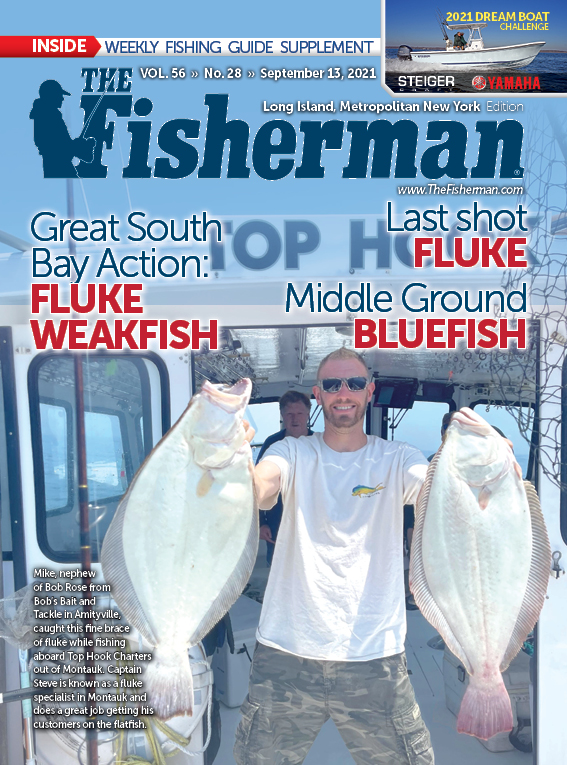