With sand eels in the wash, striped bass dig in deep to find that next meal; here’s how to tempt them.

October through December, the surf can exhibit many emotions; from rough and mean to placid, glassy and calm. With myriad species of baitfish inundating the waters, many lure profiles can be put into play to trick up striped bass. While general methods include working topwaters and plugs in the mid-water column, dragging the bottom of the sea floor dials you into bass laying low and just as eager to bite.

Sand eels are a dominant bait in the late fall months. The slender slicksters root into the sand, popping their heads out as false dawn approaches, eventually exiting their burrows and flittering along the sea floor when the sun peeks over the horizon. Stripers play a game of whack-a-mole, clipping them off by the hundreds as they undulate along the sands.

Slim metal lures, namely Ava jigs with a tube tail, effectively mimic sand eels worming around on the sea floor. Generally size A007 to A47 should be in your arsenal, with or without black, green and yellow tails, to adjust to the ferocity and clarity of the surf. If encountering rough surf conditions, say 4- to 6-foot quartering at 25 knots, cast up-current catching up to the lure where it’s in front of you and reeling in at a sweep, maintaining direct contact with the bottom. Most hits occur in that 10 to 2 o’clock position frame in front of you. The Ava jig slides across the bottom but must maintain constant contact moving in a forward direction to properly present the lure to work effectively. Dragging other metals like tin squids and AOK T-Hex lures can be worked in a similar manner.

Calmer seas and offshore winds often sit upon us in the mid to late November and December time frame. Pre-dawn and sunrise hours are particularly exceptional times to mimic sand eels, but you can throw lighter offerings in calmer surf. Fish rubber baits like Tsunami sand eels or 1/2- to 3/4-ounce leadheads tipped with Fin-S fish and Zoom Super Flukes. Rubber baits are best when sloughs are in close, or when you can wade out onto a sand bar and cast to the slope. Cast out and allow the lure to sink to the bottom, reeling in super slowly to scrape the bottom to doppelganger sand eels extracting themselves in the morning sun.

When other baits such as peanut bunker, mullet, rainfish and spearing are flitting about, bucktailing and bouncing with leadheads can be deadly effective. Pop-twitching the bottom, Smilin’ Bill bucktails kick up sand, alerting bass. Tip the buck with pork rind, Fat Cow Jig Strip or Berkley Gulp 6-inch swimming grub for added attraction. Fly-casters can even get in on the bottom game, utilizing a sinking line and quick stripping the fly along the sandy sea floor.

While many bass will be on an aggressive, visual feed during the fall run, there are always plenty of linesiders hunkering down on the bottom, looking to pick off an easy meal down deep. Get slow and low, gear up to drag the bottom this fall and see what you come up with. 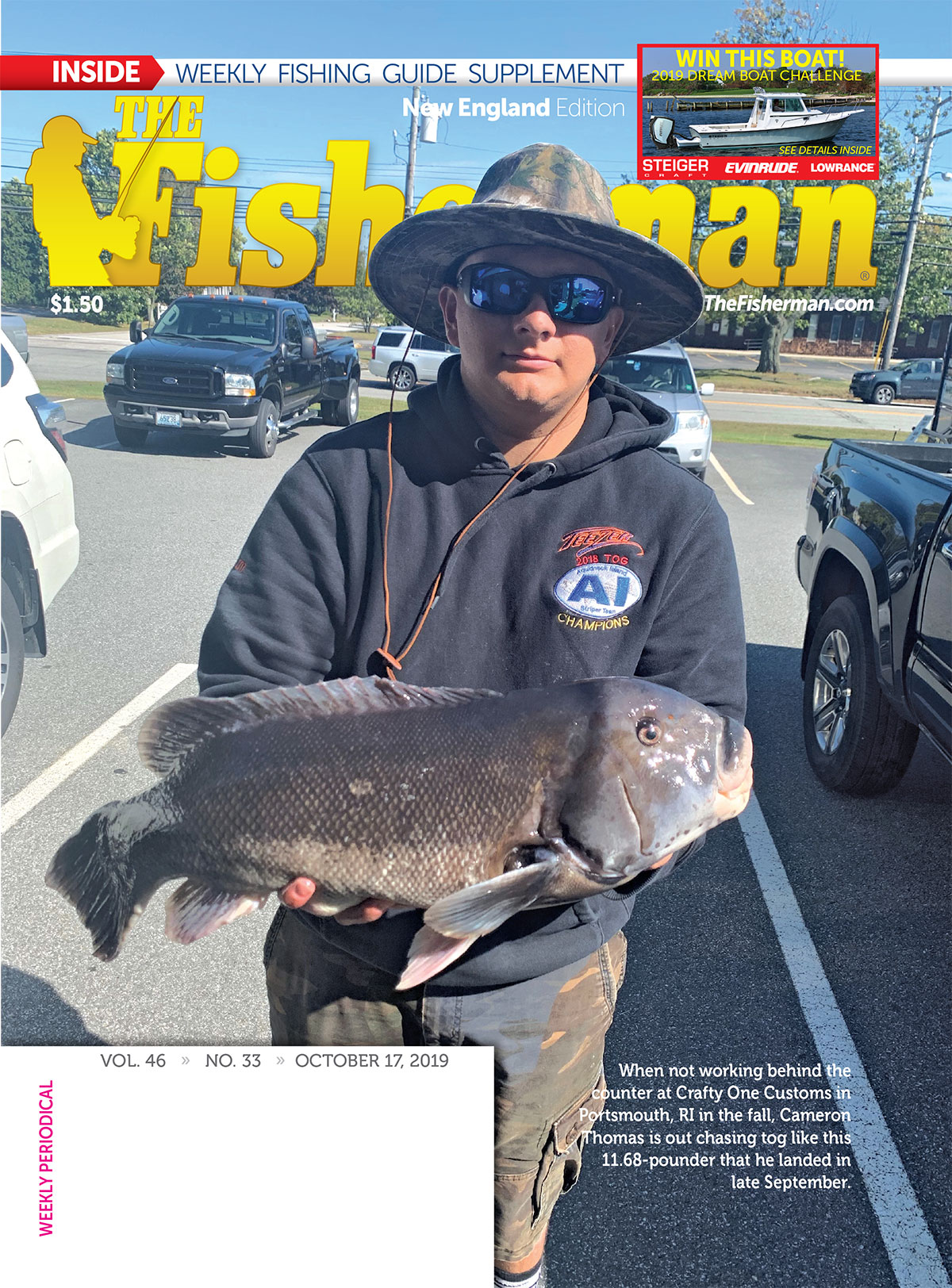