I remember the first bag of swim shads I bought; I was just 22 and found them at a Wal-Mart.  They were made by Storm, 6 inches long and in their ‘bunker’ color. I also remember the first fish I contacted with one. It was the week before Thanksgiving and I was fishing on a beach in southeastern Massachusetts, hoping for one more striper but the predawn and early morning bite had been non-existent. I pulled the bag of shads out and clipped one on, within five casts I felt a jolt, and then nothing. I reeled in to find a perfect bite radius right behind the hook. At the time I was surprised to see bluefish in November that far north, that wouldn’t surprise me now.

Swim shads have come a long way since; the design has not changed much other than little cosmetic flourishes and profile adjustments, really just to make them unique between brands. But the real changes have come in how they are equipped. In those early years, they featured a bronzed jig hook that was flexible enough to deflect with your thumb. In the few years that followed their debut in surfcasting, their effectiveness became quickly apparent. The first big fish I saw taken on one was a 50-pounder, caught by Gary Pearson that walloped the 9-inch Storm in the Canal. They also proved themselves as one of the first ‘dummy-proof’ lures for the surf: clip one on, reel it in and you were fishing effectively.

The company that really took the bull by the horns was Tsunami. I don’t remember the exact year, but when their 5-, 7- and 9-inch shads came out, the serious surfcasting sect was singing their praises. Most of the positive chatter focused on the hooks that were practically tuna grade and would – most certainly – not bend out under the strain of a giant striped bass. But also because they swam very well, offered a wide gamut of sizes and were available in a curated panel of colors that covered just about all of the wants and needs of a striper fisherman. The 9-inch version would go on to become a certified killer in the Canal, affectionately called the ‘rubber duckie’ in some circles. The 7-inch found its permanent home beside bucktails in the bags of surfcasters all over the coast. And, of course, the smaller sizes are so ubiquitous with early-season and over-winter striper fishing that no one would dare leave without them.

The 7-inch Tsunami swim shad should be a staple in every surfcaster’s bag. For me, it’s not a bait I’m likely to throw every trip, but when I’ve found myself faced with a slow or timid bite, there have been several occasions where the 7-inch shad, fished slowly along the bottom has been the key to unlocking the bite. Another situation where this little paddletail gets it done is a deep stretch with a moderate sweep. Casting these shads up-tide and then swinging them deep through the current provides a natural presentation that gets a lot of attention in a part of the water column that can be hard to access with plugs. They are also a great bait for a fast and furious blitz, with a single, fixed hook they facilitate easy release and you can fish them deep or super-fast to get big hits on the surface.

I mostly reserve the 9-inch shad for the Canal and, I’ve already highlighted the effectiveness of a big shad in the Big Ditch. But for those of you who don’t have the opportunity to fish there, the 9-inch shad will shine in places where the conditions are similar to the Canal. Big, fast inlets will be a perfect place to swing the big shad, add some bunker schools of the equation and the fishing could get ‘stupid’ in a hurry. Also, areas where major water bodies intermix would be a great place to bounce the big one. I’m thinking places like or near Breezy Point, Sandy Hook, Orient Point, Beavertail in Rhode Island. And any time bunker are around, the big shad has a place in the bag.

I couldn’t wrap up this short data-dump on swim shads without talking about the Heavy Shads, also from Tsunami. We call them ‘fat shads’, they are a portlier version of the original in 5- and 7-inch sizes that have a larger weight molded into the head. This allows you to fish a smaller shad in heavier currents, and the results are amazing. In any place with hard currents, these heavy shads get down fast because of their increased weight, but also because of their reduced water resistance. You’re still fishing a big target but you’re doing it much more effectively and the hits are the kind that you feel in your gut.

Natural action and depth diversity make swim shads a valuable tool to keep in your surf bag all season long. 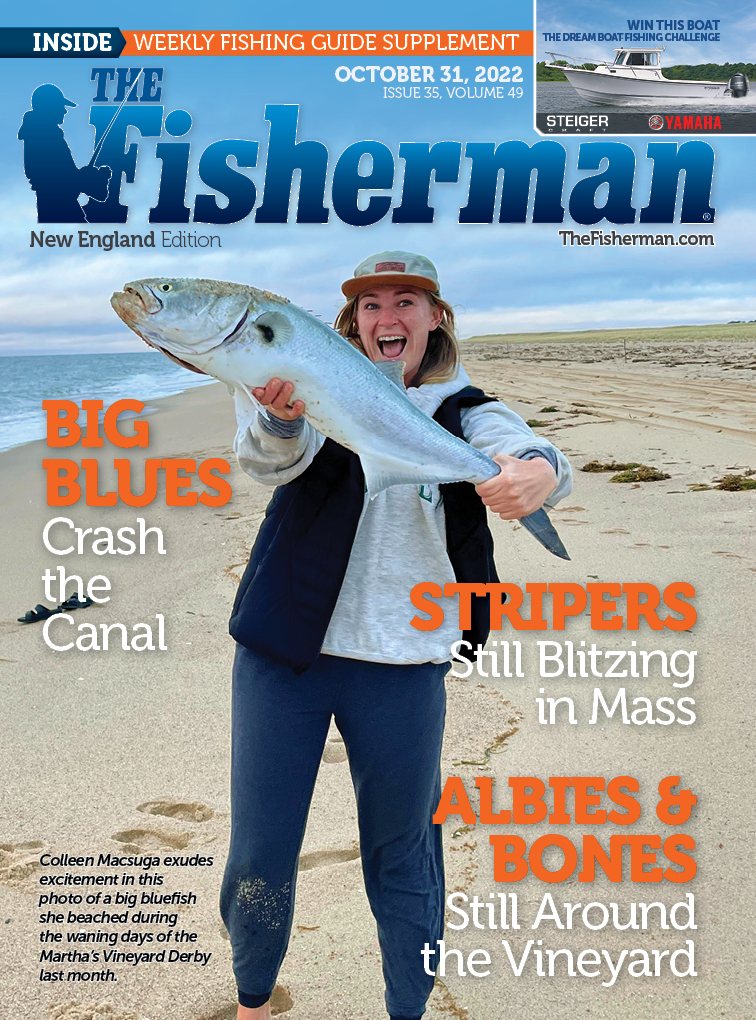 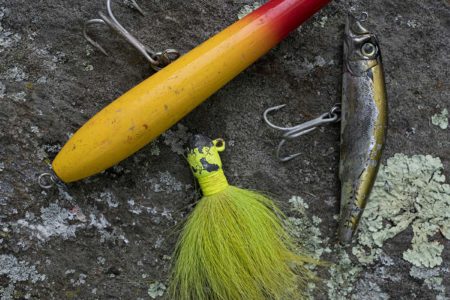