A short trip from New Orleans to the  back country is a great diversion from  the French Quarter madness.

On the morning of January 7, 1973, the New Orleans Fire Department received a call for a fire at the Howard Johnson’s Hotel at Loyola and Gravier Streets. What first responders were not aware of was that the fire had been set by a deranged gunman who had already shot two police officers. It was an event that also played out on national television and held a terrorizing grip on downtown New Orleans.

When New Orleans fire lieutenant Tim Ursin climbed the ladder towards the 11th and 18th floors where the fires had broken out, he had no inclination that they might’ve been deliberately set. He certainly couldn’t possibly have known that they were set specifically as a trap to gun down uniformed personnel. Lt. Ursin, then 29, was one of the first firefighters to respond; he was also one of the sniper’s first victims during that 13-hour hotel standoff, a bullet taking off part of his left arm and sending the firefighter tumbling back down the ladder.

Forty-four years later, Ursin still carries a vivid and tangible reminder of that ordeal, a hook below his forearm where his left hand used to be. Instead of lieutenant, he’s now most often referred to as “Captain” (perhaps more affectionately as the self-proclaimed Capt. Hook) a light tackle fishing guide operating out of Shell Beach, LA on the island of Delacroix, about an hour’s drive southeast of the city of New Orleans.

At age 74, Capt. Ursin claims to run the oldest charter service in the area and can accommodate up to five anglers on each of his two center console boats. He also provides a wonderful day-long excursion from the standard New Orleans fare!

It’s safe to say that everyone wants a taste of New Orleans and the famed French Quarter at least once in their life. And the older we get, once perhaps is quite enough. My wife Michele and I spent a long weekend in the French Quarter at a Bourbon Street hotel in between outdoor shows in 2015, and found ourselves a little played out by the raucous nightlife after awhile.

Meals were terrific and people-watching of great interest, but the endless party and spring break atmosphere had us restless to get out of town for a few hours. A $50 car rental from the local Enterprise had us driving SE on Interstate 10 by 8 a.m., and pulling up near Ursin’s 24-foot Blazer Bay in the small fishing village of Shell Beach along the shoreline of Lake Borgne within the eastern St. Bernard Parish a little after 9.

As we pulled away from the dock and out Bayou Yscloskey towards the mouth of Lake Borgne only minutes away, Ursin told me he was close to retiring from the business altogether, and would eventually pass along the business to his son, Tim, Jr., an equally capable local guide. Lucky for Michele and me, we travelled to NOLA when we did, as were able to take advantage of the senior Ursin’s skills and story-telling. A former pitching prospect, Capt. Hook is a big sports fan and we spent as much time talking about LSU baseball and the New Orleans Saints as we did the local fishing.

And the fishing, by the way, was spectacular! Just minutes out of the slip we were tossing plastics around the pilings for speckled trout on light tackle. In the fall and winter, specks can be caught along the shallow marsh areas surrounding Shell Beach, and a nearby set of submerged pilings beside a breakwater offered ample cover for the trout. Watching Capt. Ursin deftly tie off rigs with one hand, a hook and his teeth was something that prompted a discussion about that fateful day back in 1973.

But the heroic skipper had no regrets or reservations about the event, and has enjoyed putting his charters on fish in the bayou region over the years. He had an incredible demeanor and helped coach my wife on casting with light tackle, which she appreciated (as opposed to me, Capt. Bligh when it comes to instructional) and before long, she was laying into as many specks as I was.

With a few trout on ice, we stored away the gear and headed off into the marshes at the turn of the tide looking for redfish with live shrimp, enjoying the scenery along the way, which included scouting for gators along the banks.

Except for the gators, the scenery is actually quite reminiscent of many of our regional marsh areas in the Northeast and Mid-Atlantic, and actually had me thinking of the fish I might be running past on my way out towards open water. The Ursins have a couple of 24-foot center consoles they fish from, a Hydra-Sports and a Blazer Bay, which are great boats for both open water and shallow-water creeks.

One unique challenge to our way of fishing that beautiful March afternoon on Bayou Yscloskey was that Ursin tied us direct with no leader. The test was no more than 8- to 12-pound mono, direct to plain hooks and jigheads baited with shrimp. On one of our mad dog sessions, Capt. Ursin set the boat in place by gigging a pole into the shallow mud of the main creek that was no more than 30 feet across, tying us up right where another smaller creek emptied in with the tide.

It’s actually a great way to fish, and one that could work equally well in much of our region for weakfish and striped bass in the back up through New England, even black drum in the spring throughout parts of South Jersey and Delaware. A quick pitch into the feeder creek to allow the shrimp to flow into the main thoroughfare; we hooked up with plenty of black drum and redfish, with the light tackle ‘sans leader’ offering a great challenge. At one point I sat back and watched as my wife finally figured out not only how to pitch cast with both spin tackle and low profile baitcasters, but she also learned to properly manage a drag without losing fish (perhaps I’ve made it too easy for her back home with heavier tackle and strong leaders!).

After playing catch-and-release with red and black drum for awhile, Capt. Tim turned the boat back towards Shell Beach; an hour later we were back at our Bourbon Street hotel getting ready for dinner at a romantic little bistro on Dauphine Street called Bayona. I figured a half-day charter in the Bayou fishing counted towards a nice dinner for the missus, but as I found out later she had just as good a time as I did fishing for reds and specks.

If you’ve never stayed on Bourbon Street in the heart of the French Quarter, it’s definitely one for the bucket list. Personally, I’m sure I would’ve enjoyed it great deal more as a younger man; my wife and I pretty much had our “been there, done that” moment after just a couple of nights. We still have a bowl-full of beads tucked away on a shelf in the living room, but I’d prefer not go into details at this time!

There are tremendous dining options in the French Quarter itself, the late chef Paul Prudhomme’s somewhat upscale K-Paul’s is where blackened redfish was made famous, while the equally famous beignet (think zeppole on the boardwalk) is a hit for tourists waiting in exceptionally long lines outside of Café Dumond (Head over around 7 a.m. while the amateurs are still sleeping it off and you won’t have a wait.).

Acme Oyster House on Iberville Street is an attraction for oyster lovers with yet another long line waiting to get in, though locals will tell you that Felix’s across the street (with a line roughly a third to half the size) is just as good. Make sure to pick up a muffuletta at Central Grocery on Decatur Street (an Italian hoagie with olive spread), and if you really want to impress the wife take the St. Charles Avenue streetcar to the Garden District where the Commander’s Palace restaurant is another bucket list item; established in 1890 it’s one of the top restaurants in the country, and is where both Prudhomme and Emeril Lagasse got their culinary start.

On the day of our fishing trip, we took a cab from Bourbon Street to the Enterprise rental location on Canal Street (504-522-7900) for their 7:30 a.m. opening, and were in the car and on the road in no time (Enterprise brought us back to the hotel when we returned.). Rates with Capt. Tim’s Escape Fishing Charter trips range from $475 for one or two people, to $775 for five; price also includes ice, fuel, tackle and fish cleaning. Before you go, you’ll need the fishing license, which cost us $10 apiece for the charter fee for three days of fishing (www.wlf.louisiana.gov/licenses/fishing).

If you want to bring fish back, check with your hotel or a couple of the local restaurants nearby; in 2014 a new law was passed in Louisiana that allows participating retail food establishments to prepare certain recreational gamefish. The restaurants however have pretty strict regulations that have to be followed to participate in Louisiana’s Catch and Cook Program. 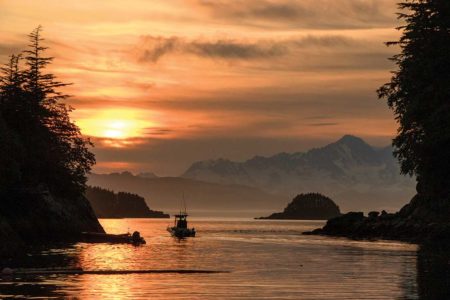 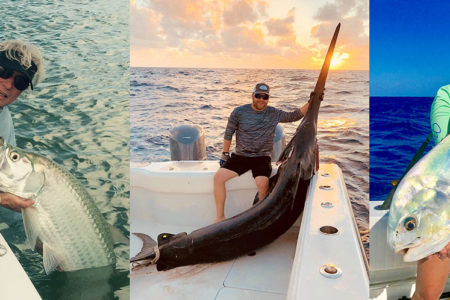