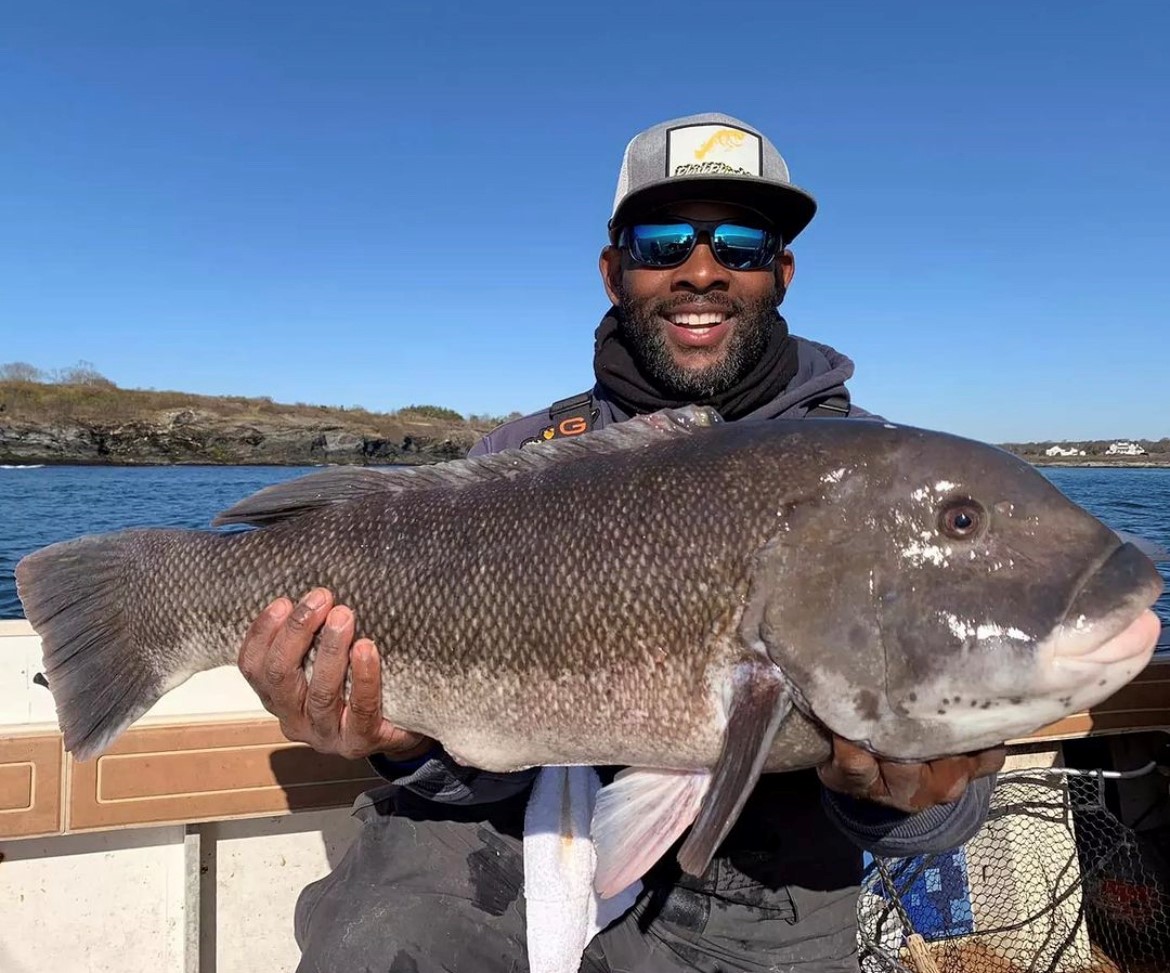 Here’s Garrett Weir with a 17-pound “Dream Boat” tog taken the Wednesday before Thanksgiving from Rhode Island waters. The parade of behemoth blackfish continues in Rhode Island, there are several teen-size tog in this week’s report. An influx of bait across these same waters seems to have pulled some keeper cod in close as well. In Massachusetts there were some ‘rec-sized’ tuna taken on Thanksgiving Day and the Cape freshwater fishing stayed hot for another week. Blackfishing is officially closed in Connecticut, but the holdover striper fisheries are firing up to take their place and salmon catches are on the rise in the Shetucket River. If you’d like to get in on the salmon action check out THIS STORY by Mathew DiGiovanna from our November issue. We may be on the doorstep of December, but there are still countless options for the New England angler.RHode