Wrapping up the 2021 Coastal Kayak Clash – Here are the Final Standings and Winners! Congratulations to all! 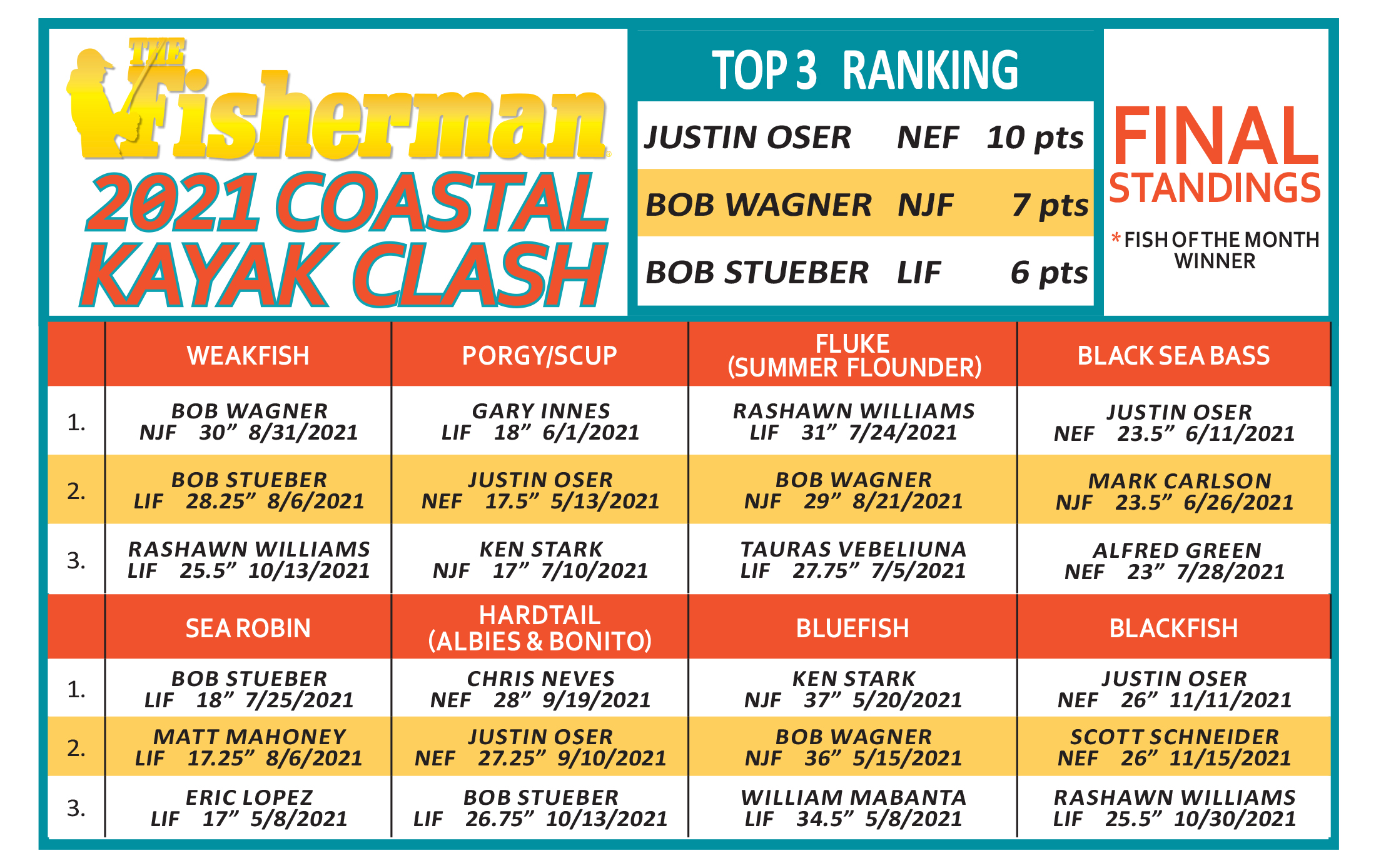 Whether you’re running a tournament or participating in one, all anyone wants is for the event to be competitive, challenging and engaging.

Kayak fishing is one of the fastest-growing niches in the sport and a large percentage of its devotees are hardcore anglers. If you’re not familiar with the Coastal Kayak Clash and how it works, allow me to enlighten you. There are eight species categories; black sea bass, tautog, bluefish, fluke, weakfish, porgy/scup, sea robin and hardtail (false albacore or bonito). Under each category there are three lead spots. The first place spot earns three points and the third place spot gets one point. The points system is based on inches length, and anglers must record each catch with a photo to be eligible.

The object of the game – much like the Dream Boat Fishing Challenge – is to place in as many categories as possible to build a cumulative score of combined points.  But there’s one wrinkle – you can only hold one position in each category.

As you can see, this tournament is unique in that you have to be proficient in catching many species of fish and species-specific anglers often find themselves standing clear of the podium.

The prize outlay would be tantalizing to any fisherman. To begin with, we give away a $100 gift card to YakAttack.com every month to the angler that lands the largest ‘fish of the month’ – each month is assigned a fish and CKC anglers battle it out to win the monthly prize. This makes for a pretty interesting tournament within the tournament, as anglers vie to topple the monthly leaders. This is a fun aspect of the tournament to follow; in September, Justin Oser posted a 27.25-inch false albacore on the 10th, Chris Neves posted a big fish that challenged Oser’s leader but had to be adjusted because of the way the fish was measured, leaving him an inch short! It took him nine days to find another suitable specimen and he bested the leader with a 28-inch fat albert that took the category and the September prize.

We saw a similar battle break out in November when our competitors were duking it out for blackfish supremacy. When the dust settled, Justin Oser would steal the show with his 26-inch tog that beat out Scott Schneider’s 26-incher only because it was caught four days earlier! Sometimes timing really is everything.

All those battles add up to a bigger brawl that leaves just one angler standing on top of the mountain. The grand prize winner paddles home in a Hobie Mirage Outback kayak with a WideTrak ATB Kayak/Canoe Cart to carry it on. 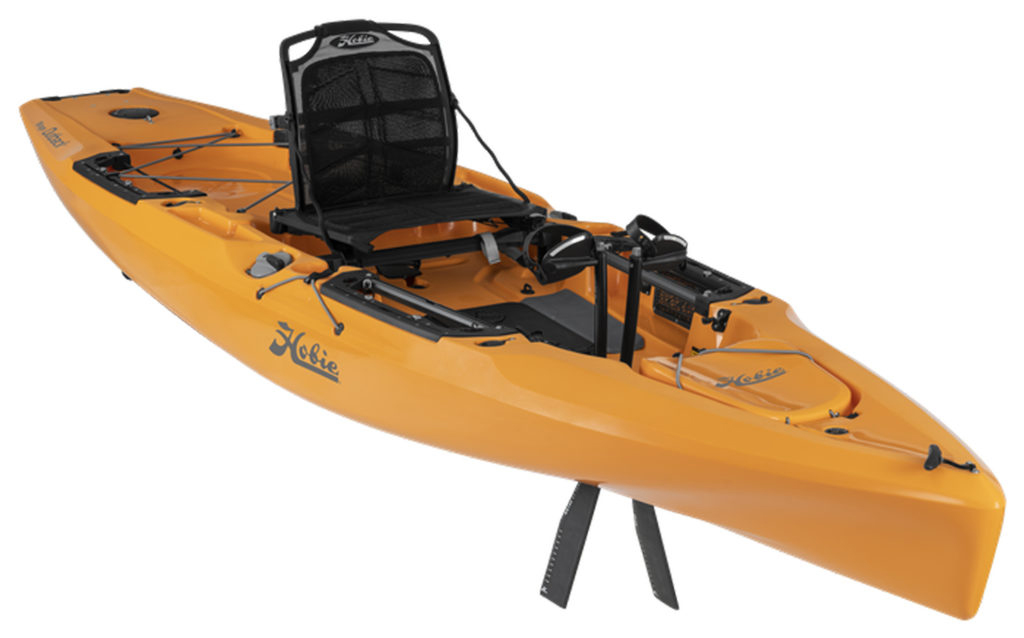 The leaders in each category also take home a combo consisting of a PENN Clash II spinning reel, a Fenwick HMG Inshore rod and two spools of Berkley X9 to fill it with. On the last day of the 2021 event, we had Bob Stueber in third place with 6 points, Bob Wagner in second place with 7 points and Justin Oser leading the way with 10 points! All in all eight anglers took home prizes, with some of them netting multiple prizes!

THE MAN, THE MYTH

What some of you may not know is that our 2021 Grand Prize Winner, Justin Oser, took third place in the CKC last year. Justin is a Massachusetts native living in Lowell. He’s an avid angler that spends a lot of time fishing in his kayak all over New England. I asked Justin how it felt to notch the big win in 2021 and he said, “Winning the 2021 Coastal Kayak Clash is an amazing feeling. The amount of work and anticipation that came down to the final moments of the tournament makes the win that much better. This was a tight race and it feels great to win, especially with the increased number of names I saw run through the standings board this year!”

He went on to say that he really enjoys the competition adding, “This is a highly competitive tournament, full of talented kayak anglers. I didn’t really think I had a good shot until November when the majority of the species in the tournament had moved offshore. The large area The Fisherman Magazine covers, leads to different fish being available regionally at different times of the year. Bob Wagner had shown that he was a great competitor with the number of points he was able to put up this year in categories I couldn’t place in. Had he put up a tog larger than mine, he would be answering these questions, not me!”

We went on to talk about the fact that so many anglers were participating and really trying to win; Oser said this made it hard to feel comfortable, even with a three point lead.  “The amount of movement I saw in the last two months on the leaderboard for tautog was scary,” Oser said, adding, “That 26-incher that I caught is the largest I have ever caught, boat or kayak. I was fortunate enough to experience the best tautog fishing of my life this year. This also meant everybody else was more than likely experiencing the same bite.”

“The tog race this year was significantly tighter than last year with every fish on the board being bigger the largest one recorded last year and I narrowly took 1st place over Scott Schneider (last year’s 1st place tog winner) by a narrow margin of four days and the same size fish,” Oser said, explaining “This left me watching, refreshing the browser every Thursday morning multiple times worried that I would see a larger fish had been caught.”

When I asked Justin if there was anything he felt was instrumental in his win besides the number of hours he spent in the ‘yak, he said, “There are several pieces of equipment that I used this year to make this win possible. First, I have to say without my Hobie Outback, none of this would be possible. The hands-free aspect of this kayak is the best thing possible for the way I fish, whether it was chasing the albies while having the bail open trying to make the perfect cast or stemming the tide for tog, porgies and sea bass. The second most important piece of equipment I had this year was the Humminbird Helix 9 that I won in last year’s Clash. Using the side scan, I was able to find pieces of bottom that were not on either of my chart chips, which ultimately helped me land multiple tog over 25 inches this year.”

As you can see, the Coastal Kayak Clash is a competitive tournament that’s gaining speed and popularity. If you’re a kayak angler and you enjoy some good, conservation-minded, competition take Justin’s lead and sign up for the Clash. It gives you a reason to fish harder, to get out more often and to learn how to pursue multiple species. In addition to all this, you will be pitting yourself against some of the best in the game and you just might beat one of them.

Here’s to hoping we see your name on the leaderboard in 2022! 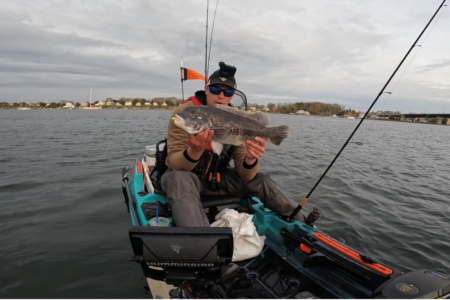 GLIDING INTO THE WINNER’S CIRCLE… THE 2022 COASTAL KAYAK CLASH 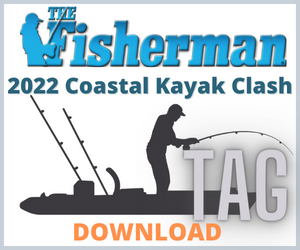 Gliding Into The Winner’s Circle… The 2022 Coastal Kayak Clash

And the winner is…