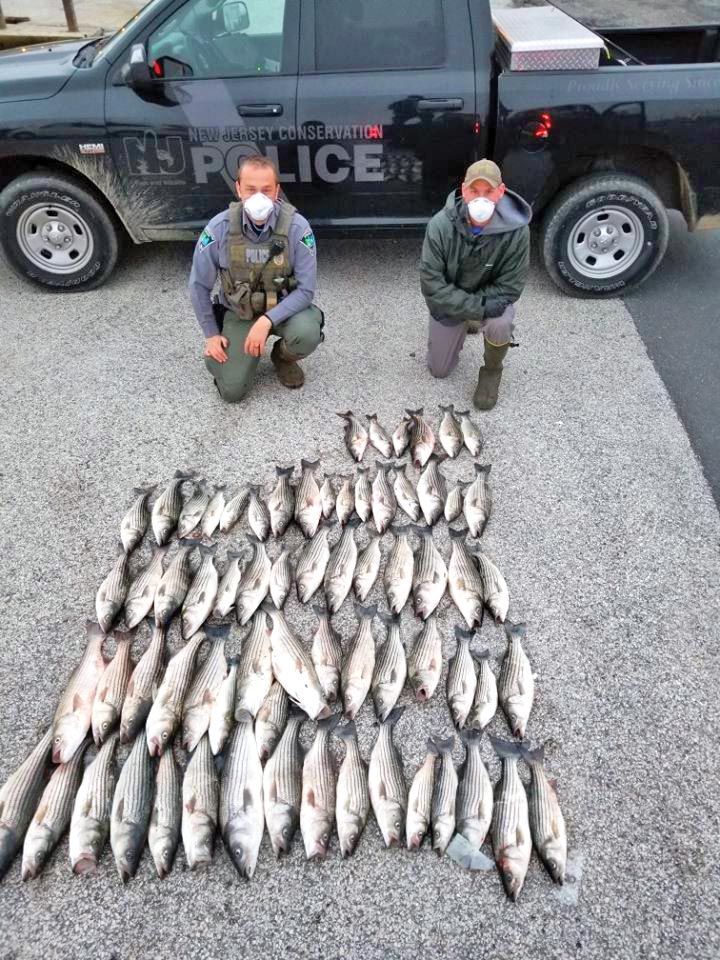 On March 30 in the middle of the COVID-19 response, New Jersey Conservation Police busted a pair of fishermen behind Atlantic City in possession of 66 undersize Atlantic striped bass.

“The accused were caught by NJ Conservation Police Officers after they returned to a private dock after fishing all night from a small vessel,” the New Jersey Division of Fish & Wildlife (NJDFW) reported in a follow-up press release.  “Earlier in the evening, they drew attention to themselves when officers observed them running their vessel at high rates of speed from various fishing locations under the cover of darkness and fog without any navigation lights. Despite the conditions, and losing sight of the vessel on multiple occasions, officers utilized their intimate knowledge of the area to relocate and ultimately inspect the vessel.”

According to NJDFW, charges for undersize and over the limit violations were written, which carry a penalty of $100 per fish/per violation, adding up to a potential of $12,800 in penalties for each angler. “Additionally, the men were charged with unsafe operation of a vessel, operating a power vessel without valid registration, and failing to have appropriate vessel safety gear,” NJDFW noted, adding that the fishing gear was also seized for evidence and that conservation officers will seek forfeiture due to the severity of the violations.

The 66 striped bass were found to be between 13 and 24 inches in length and were donated to the Atlantic City Rescue Mission. As is standard NJDFW operating procedure, the names of the two scofflaws have not been released.  Not yet anyway.