On September 9, the New Jersey Marine Fisheries Council (Council) met via webinar.  It was sparsely attended even by “zoom” standards, and near as I can figure from the online “queue” mechanism I was the only member of the media in attendance.  Yeah, I know, I really need to get out more.

There was a little bit of shark fin discussion at the start of the meeting (see my September 20, 2021 Editor’s Log: Mako Pork).  Council member Kevin Wark, a commercial fisherman out of Barnegat Light said the new shark fin regulations at the federal level are a bit onerous, considering that commercial fishermen will have to cut fins off of legally harvested sharks at the dock to throw them into the harbor rather than selling legally as they do now.

“They can’t cut them at sea because that would constitute shark finning,” Wark noted, adding “The madness of throwing away a resource because you’re trying to collapse a market in Asia. It’s pretty much nonsense at this point.”  He’s got a point; I mean, if you’re legally allowed to sell the shark meat, isn’t it wasteful to just toss the fins?

Council also announced that the annual meeting of the Atlantic States Marine Fisheries Commission (ASMFC) was going virtual due to the ongoing COVID-19 pandemic.  Originally slated to be held in New Jersey, the 80th annual meeting of the ASMFC slated for October 18-21 will go online once again; shame, I know some Jersey boys who were really looking forward to some real “public comment” again.  Get details at ASMFC.org.

Council members on September 9 carried along a rather lengthy conversation about some of the coastal fisheries managed collectively by the ASMFC and Mid-Atlantic Fishery Management Council (MAFMC).  For example, scup (porgy) and black sea bass are two times the target biomass, and the fact that the regulations never really seem to change to better from worse is not lost on the Council.

“The average person is going to look at this as, quite frankly, ludicrous,” noted Councilman Pat Donnelly, adding that the fact that sea bass and porgies are twice the target biomass and seeing cuts, where summer flounder is closer to the threshold and seeing potential increases for 2022 is strange for the layman.   “That defies reason to me,” Donnelly said.

Ah yes, the silver lining; according to the latest summer flounder management track stock assessment, the fluke stock is not overfished and overfishing was not occurring in 2019. Spawning stock biomass was estimated to be about 86% of the biomass target, and the 2018 year class was above average at an estimated 61 million fish, the largest recruitment estimate since 2009.  As such, MAFMC/ASMFC approved a 25% increase in the recreational harvest limit on fluke for 2022, from 8.32 million pounds to 10.36 million pounds.  What this means for next year’s season, size and bag limit remains a mystery.

As for the ever-static sea bass and porgy harvest limits, Joe Cimino, the Marine Fisheries Administrator with the New Jersey Division of Fish & Wildlife explained the intricacies of the “management world” involving catch and discards in the recreational community.  “Sea bass and scup have tremendous discard issues,” said Cimino.  Of course, discard is another term for “mortality” from catch and release.

Using Mr. Donnelly’s “layman” reference, I once suggested in a meeting with a NOAA Fisheries staffer a method of eliminating six months of discards in the recreational black sea bass fishery.  Intrigued, the gubment official leaned towards me in anticipation of my ground-breaking solution.  “Since we’re tripping over these things when the season is closed, how about you just open it up and let us keep a couple?”

He was not impressed.  I dunno, sure made sense to me; waste not, want not!   Next week, details on bluefish, sheepshead and speckled trout discussion from the Sept. 9 meeting. 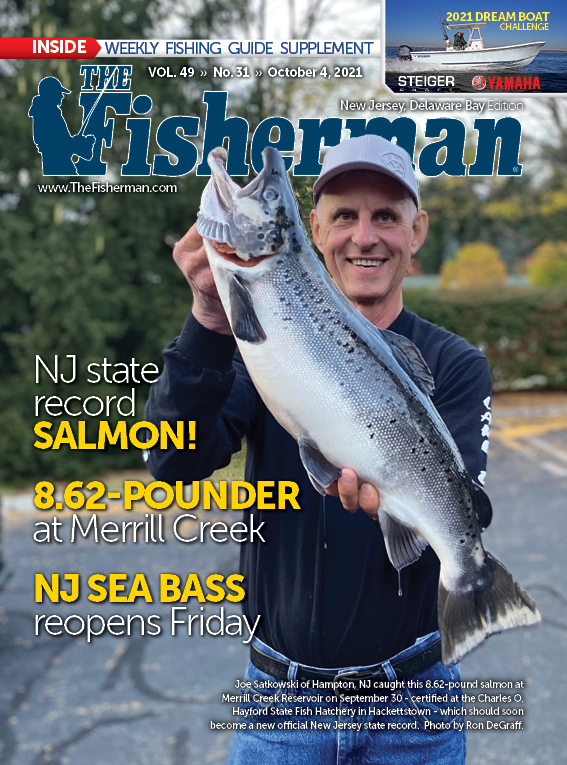