The first few weeks that follow Labor Day can be can be an exceptionally frustrating time to be a New Jersey surfcaster.  The obvious of course is that what we expect with the arrival of “fall” is an onslaught of fall fish; with the heavy crowds having dispersed for the summer, I show up at one of my favorite spots from last season and the bass and blues should be there waiting for me, right?

Nothing is ever that simple, and should it ever become so, I hope you’ll agree that that’s when surfcasting will have lost much of its reward.

I love the early trips, fishing varied spots at both the top and bottom of the tide, reading the water and scouting out bars, sloughs and cuts which might hopefully produce later in the season.  I can hope that those first tell-tale schools of v-waking mullet might hold a gamefish or two and will have the mullet imitations with me just in case.  But I don’t expect some spigot to be turned on.

These early trips over the next few weeks are rewarding in ways that don’t always include a bend in the rod.  Bump into a few old friends along the beach, feel the change air temps on my face, and beam into the dawn on what is clearly the most beautiful fall sunrise I’ve ever seen; everyone one of them.  Each and every one that arrives.

Or the flash of bait along the inner bar, the first cascading waves of bait sweeping along like a carpet, as my eyes dart fore and aft in search of any clear-cut signs of a predator.  I guess you can all them shakedown trips, tackle testing, and callous-building for the fingers before the big game events.  There are of course the split-tails on the prowl, a few Spanish mackerel and bonito, with the hope of adrenaline rush albie blitzes.  Suffice to say, those days begin again at any point right now.

But remember, fall has not actually arrived; that doesn’t happen officially until the sun crosses the celestial equator moving south, signifying the start of the colder months of the year for the Northern Hemisphere and warmer, spring months in the Southern Hemisphere.  That global, celestial event – what we call the autumnal equinox – will occurs on Thursday, September 22.  If you wanna add a little lunacy to your earth axis plotting, the new moon will take place just 3 days after that on September 25.

Keep in mind that the Harvest Moon is the name of the full moon which takes place closest to the autumnal equinox; that occurred on September 10.  According to the Old Farmer’s Almanac, the harvest moon earned its name because of the moonlight that occurs early in the evenings, leaving farmers with more time to harvest their summer-grown crops. The full moon of September is also referred to as the Corn Moon.

Our next full moon will occur on October 9, the Hunter’s Moon.  And after the autumnal equinox on September 22, days become shorter than the nights, as the sun continues to rise later and nightfall arrives earlier. This ends with the winter solstice on December 21, after which days start to grow longer once again.

So how does any of this effect these “in between days” in which we find ourselves now, stalking the beaches and waiting for blitz conditions to begin?  It doesn’t really.  Except for offshore black fly days, walking the September surf in light baggies just feels good on the skin; fish or not, a trip to the beach with rod in hand is simply good for the soul.

So when exactly does the fall run begin?  In my mind, it’s well underway. 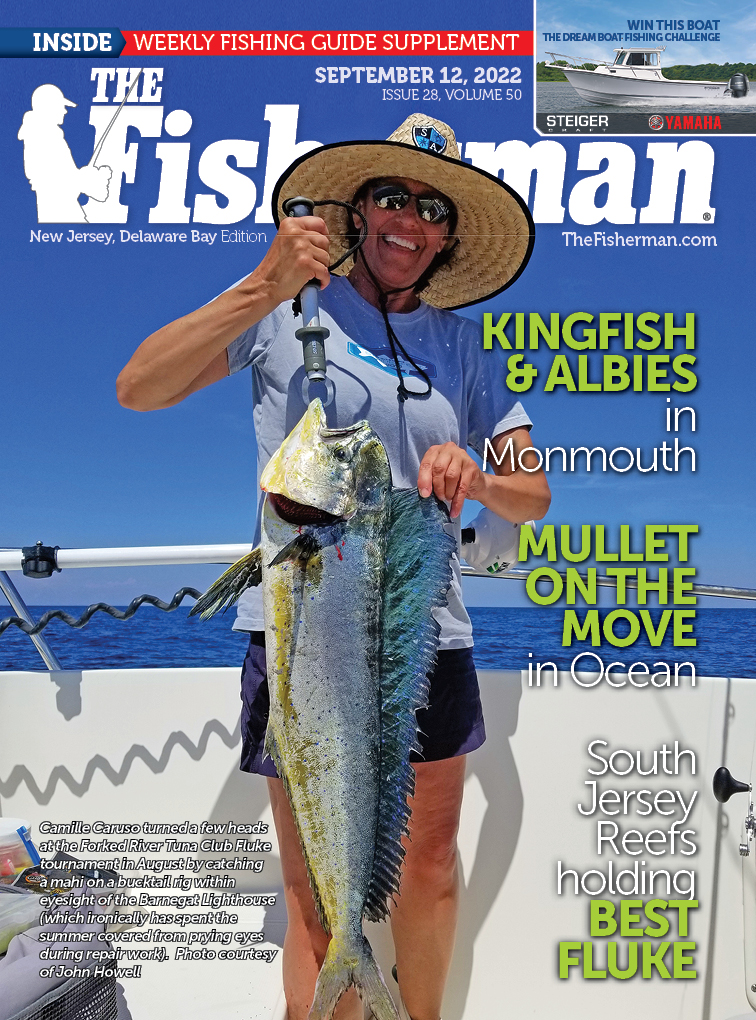