After a few quick searches of the term Keyboard Warriors, a couple slightly different definitions ones came up, I came to the conclusion that the one listed on collinsdictionary.com is the most accurate based on what I’ve experienced. It reads a person who uses social media to express outrage or criticism.

I’ve noticed this criticism and outrage pretty much throughout the existence of social media and recently it’s been hitting an all-time high with the frequency of it happening. I’ve never been the one to partake in answering these individuals on social media but it’s about time something should be said. Whether it’s the lack of knowledge they possess or they don’t want to admit they’re wrong or they just like to start trouble, it’s absurd either way.

For example, I’ve seen some lack of knowledge/hypocritical comments made recently on an online post about trout stocking Belmont State Park. Picture this, when trout spend their entire lives sitting in a tank being raised at a hatchery, they’re not very inclined to travel too far. Due to the lack of volunteers and time restrains on the hatchery stocking staff, they most effective way to stock these fish is by giving them a toss in the lake out of a bucket to scatter them out for the anglers to catch. If they’re simply dumped in they will sit in one spot and won’t spread out for better fishing opportunities for the anglers looking to catch them. Some of these keyboard warriors felt as if they should input their thoughts on the matter without actually knowing anything about the proper methods of stocking trout. And if you do have advanced knowledge on the topic, you’ll know fish are socked by bush planes and water cannons in other states which would make the throwing fish out of a bucket technique small potatoes on the stocking scale. Maybe those who don’t agree with these techniques should volunteer their time and help stock all 2,000-plus trout that go into body of water one by one.

Let’s not forget that fishing itself is passive activity and with the act of fishing, a mortality rate exists for all fish hooked and released. Whether it’s one percent or 10 percent of the fish caught and released dying afterwards, it’s inevitable. Oh and let’s also not forget that those anglers who are slandering others anglers for what they think is cruelty to fish are also the same ones who will go out fishing and impale a fish with a sharp hook through their mouths and proceed to let them go afterwards. This is all beside the point that the DEC has these fish stocked to be harvested by anglers shortly afterwards. Most Long island lakes cannot sustain trout populations due to the temperature of the water once the summer comes around anyway—these fish are stocked for human consumption.

It seems that this trend has been growing more and more recently. Are people following what others are saying and just jumping on the bandwagon? That seems to be the case. Maybe if you feel the need to say things like this to people who are doing the right thing over social media, just take a step back and look at the activity you’re participating in yourself. Those making negative comments where they don’t belong should think and educate themselves before they speak. I have no problem with anglers taking the trout the regulations allow them to or releasing them either—it’s entirely up to the person fishing. But if you feel like you need to criticize others for participating in proper methods of stocking fish over social media haphazardly, take up another activity like Tiddlywinks. 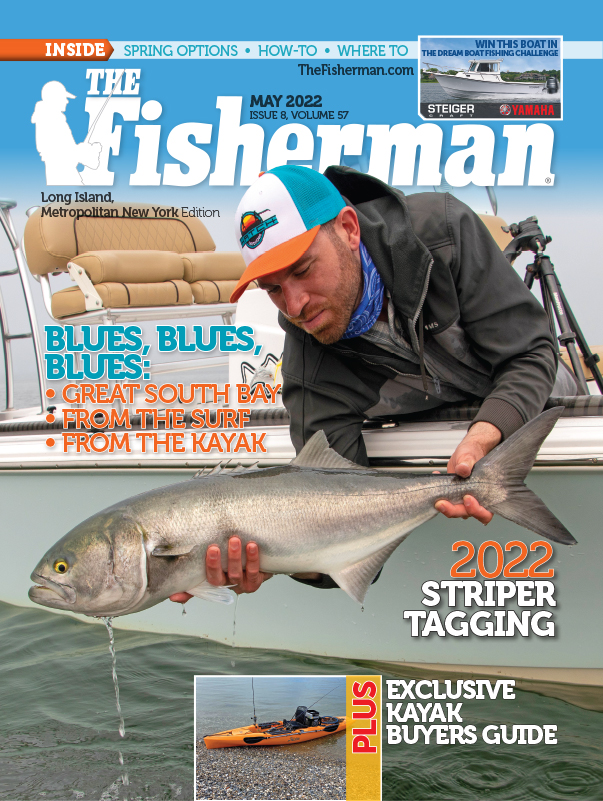