Our next full moon comes on Monday, September 20.  By that point, I fully expect our mullet run – be it a short sprint or full blown marathon – to be in full gear.  In our Inshore spotlight this week, Bob Michelson does a great job of breaking down the science and life cycle of this amazing bait fish.  As anyone who has watched these v-wake schools of cigar-shaped goodies moving gracefully through the surf can attest, “amazing” is an accurate description, especially if the stripers are around.

It was mullet that turned the striped bass world on its ear on September 21, 1982 when the late Al McReynolds tied into the long-standing world record striped bass at the Vermont Avenue jetty in Atlantic City.  That 78-1/2-pound striper was caught on a 5-½-inch black-back silver Rebel Windcheater, a vintage version of which you can probably find on eBay.  Like that classic lure, McReynolds too is gone, having passed away in May of 2020.

The local surfcasting legend – himself as vintage as a classic old plug – was a man of the mullet.  I first met Al in our Beaver Dam office in Point Pleasant in the early 2000’s, a brief stopover on his annual trek from New England, hot on the tails of mullet.  He had become somewhat of a nomad in his later years, running the coast in an old Chevy, stopping every September 21 on that A.C. jetty to pay homage to “the catch” before barreling south to his winter home in Florida.  It was there in Naples that he passed away.  The last time we spoke was by phone sometime in May of 2016 when he told me how much he enjoyed chasing species other than stripers.

I have friends who have moved to Florida, but still come north every season for the run.  I’d always thought that it was the lure of the striped bass that brought those birds back home, but have since learned it’s just as much about the mullet.  Many folks may be MIA for days upon days during the run, cast nets, coolers and aerators in the bed of their pickups as they race back and forth along the beach looking for mullet.  Some stock up for the season, others netting for local tackle shops.

I once viewed our mullet run as very much like a calendar entry – September 15 to October 15, set your watch by it. But in recent years the good ol’ mullet days have been significantly reduced, the first telltale v-wakes sometimes occurring in the first half of September and other times hardly at all.  And while I’ve clumsily thrown a cast net on top of schools with success to score while livelining the Barnegat Inlet rocks, I’ve found far greater pleasure by matching the hatch. 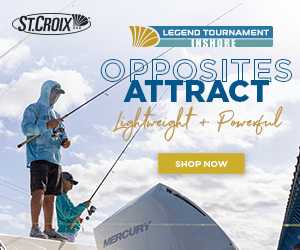 Years ago I followed the advice of The Fisherman’s Fred Golofaro when packing a plug bag during that tiny mullet window, with the sinking blue Little Neck popper by Super Strike becoming my “go to” favorite for mullet feasting stripers, especially when cheating those onshore winds.  Then there are the stubby metal-lip swimmers on a slow retrieve, as well as the Tsunami Talking Popper or Yo-Zuri Hydro Pencil – each will get a slot in my plug bag for the next surf rotation, along with some mullet-looking swim shads.

There’s no telling if this mullet season will be a good one, and if so how long it will last.  But my wife knows when I suddenly disappear, though my truck is still in the driveway, she can assuredly find me in the garage reassembling the plug bag for the first innings of the fall striper games.  And sometimes, choosing the starting lineup is almost as satisfying as the first pitch.