Living through the information age has its positives and negatives. There is a strange level of satisfaction that comes from always being able to access the information you need. Important stuff like who played Sue Ellen Mishke on Seinfeld or whether or not that word your wife challenged during your last Scrabble game was legit. The downside is that all of these outlets that disseminate the daily information we get in our emails and social media feeds is under immense pressure to capture and keep your attention. This leads to sensationalized stories and instances where these outlets will make an entirely new story out of one sentence of new information.

For those that don’t read along carefully, this can lead readers to believe that things are happening much more regularly. The appetite for eyeballs has also lead to the weaponization of information, where outlets will tailor stories to fit a larger narrative, people love to hear news that they already believe or would hope would be true and so many of this new version of ‘news’ sites do just that. (Yes even the one you like best.) But a fishing magazine is not the place to discuss such things.

One of the hot-button issues we’re seeing popping up in our feeds these days is the explosion in shark sightings across the Northeast. These days every fin that clears the surface of the water is at risk of landing on the evening news. I have even seen one particular news story that highlighted an abundance of bunker along a New England beach and suggested that ‘this beach might not be safe because the abundant baitfish could attract sharks.’ But imagine the headline possibilities, “Baitfish invade local beach, prompting shark concerns”, or “Shark-watchers on alert due to baitfish on local beach.” The sad thing is, those headlines would draw thousands of clicks and would definitely keep a percentage of beach-goers on dry land. But these headlines also attract thrill-seekers and camera-wielding neophytes hoping to go viral.

Shark news is big news for these outlets because it draws a more universal audience, there’s no political charge, but there is fear and fear is one of their most effective vehicles for capturing and keeping reader attention. You may remember that I wrote a story in last year’s August edition entitled, “The Realities of Sharks and Surfcasting”. In that story I interviewed two shark experts about the perceived increase in shark activity along the Northeast coastline.

They both pointed to the increase in technology and the side effect of the information it provides as the true culprit when it comes to the burgeoning belief that there are more sharks around than ever before. Whether it’s the fact that nearly every person walking around these days carries with them the ability to shoot high definition video in their pocket, or the staggering amount of drone footage that is shot every single day by amateur photographers or the ever-increasing number of acoustic receivers that are being set up in new places leading the public to believe that sharks are showing up in “new” places every year.  In actuality, the sharks were always there, we just had no way of proving it before.

But there is no refuting that the shark numbers seem to be on the rise. The recent increases in certain species of inshore sharks such as black tips, spinners and threshers is probably a byproduct of climate change. As Northeast waters continue to warm, more southern species are going to move in and find the conditions favorable for summering in our waters. In addition to all this, social media has driven a cult-level angling community into the mainstream, as shorebound anglers post more and more shark content every year, driving more and more anglers to hop on the bandwagon.

It’s a complicated weave, but the fact is, there are more species of sharks inshore than there ever were and their presence is being shoved into our faces every day. Videos of shark fins, shark catches and even people being really stupid near sharks gain immediate attention on social media and inspire catchy headlines for ‘news’ outlets. But the increasing occurrence of interactions between people and sharks in the Northeast probably has more to do with the fact that more people are purposely interacting with them than it does that there are more dangerous, scary, vicious sharks swimming around looking for trouble.

The secret to not getting bitten is to give sharks plenty of space and even more respect. If you choose not to do that, you’re going to have to own the consequences. 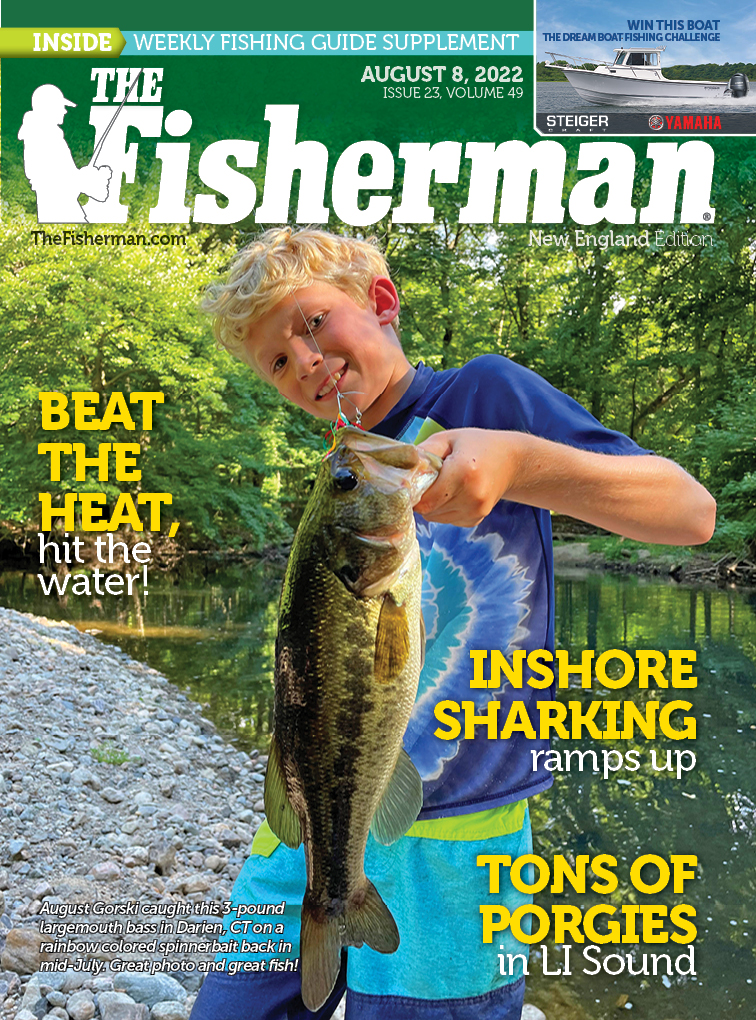