With the 2022 Manhattan Cup approaching, I can’t help but think back to the 2021 event that I attended last year with the crew from The Fisherman Magazine. I had never fished in the tournament before so I didn’t know what to expect. For all those who aren’t familiar with the Manhattan Cup event, this will be its 21st year now. The event was started to support wounded veterans of war. Part of the rules for all boats participating is that at least one veteran must be part of the crew. Ironically we had Fisherman contributor Al Ristori on our boat in 2021. Al has been writing for the magazine for decades and what some may not know is that he served as well. His knowledge and wisdom was held in high regard by our entire crew.

The event kicked off with a hearty spread at the Liberty Landing marina venue in Jersey City, NJ. This is where the staff from the magazine got assigned our captain and veteran for the trip. We road in style on this trip in a 38-foot Tiara so at least if the fishing wasn’t good, we’d be comfortable. After filling up and participating in the fishing comradery with the other captains, we headed for the marina, where he hopped aboard and headed for our destination.

We planned to bunker chum up stripers or bluefish in the bay with a chum slick and then send down the rigs with baited circle hooks. As soon as we threw anchor, I remember Fisherman electronics editor John Raguso who was part of the crew, cast a bucktail out and hooked into a keeper-sized fluke immediately. I also mention Captain John because part of the Cup is dedicated to his eldest son Chris who died in the line of duty in 2018 on a mission near the Iraq/Syrian border. Chris’s story and many others inspire us to do the Manhattan Cup year after year.

While the fishing portion of the trip for our particular boat wasn’t spectacular, I’ll remind you of the work comfort I mentioned earlier. On the way back to the marina, we got caught in one of the wildest rain/lightning storms I’ve ever seen. Some of the bolts seemed to be striking way too close for comfort. A tornado warning was also issued through our phones. I was most grateful that we had ourselves a comfy cabin to ride out the storm in instead of some of the center consoles participating in the event.

Back at the venue (thankfully dry), we all sat down to enjoy a well-deserved meal. Over this meal, we told stories of the day, had some laughs, and appreciated what was taking place.

Two moments stood out to me during the event. The first would have to be when all the veterans were called up and were given beautiful spinning combos donated by Folsom Tackle. Some of these veterans spoke about what the event meant to them and it was genuinely moving. And I can safely say I’m speaking for everyone in the room that day. The other moment will forever be etched in my memory when my late mentor Fred Golofaro was awarded a Lifetime Achievement Award. Fred did tremendous things for the industry over his years of being involved.

The 2022 Manhattan Cup will be taking place on June 3rd. The Fisherman crew will be back minus one. But I’m confident that minus one will be there in spirit. 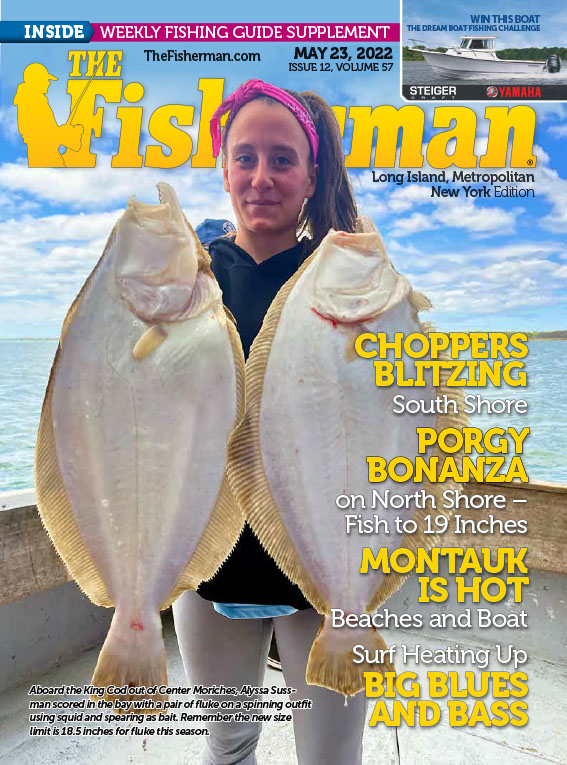