I’ve found myself doing these short fluke runs on my boat when I got the chance this summer. Usually these trip are about two hours long and focus around certain tide windows that I have found the fish to be most active. These quick trips fit into my schedule and produce about 10 to 15 fish with a couple of keepers every time on average, which is a great ratio. The best part of it is doing all the fishing on light tackle with small bucktail jigs and resealable baits like Gulp and Fishbites making for a quick clean up as well.

This one particular trip I was doing the usual run for some evening fluke. I had near-perfect conditions and the tide was right where I wanted it. I set up on a good stretch of water with some up and down humps that have produced in the past. My first drift resulted in a fluke just short of the keeper mark which was a good sign. The next drift produced another fish that was a little bit smaller. Sometimes it’s not all about catching keepers for me but more about just putting a bend in the rod after a long day. I guess I could say after I broke the skunk for the trip on the first drift everything was just gravy on top of that. I genuinely enjoy a good boat ride too.

Being content already, I probably would have been happy going home after that second fish but the angler in me wanted to catch some more. It was the next fish a couple of drifts later that really made the trip more than worthwhile. I set the hook and reeled up the fluke like any other—the fish was not big—probably around 16 inches if I had to take a guess. Everything seemed normal as I swung it in the boat but then when it hit the deck I had to take a double take. The fish did that familiar fluke flop and when it did I noticed that it flopped from brown side to another brown side! Aside from a white patch near its head, this fish was double-sided! I’ve seen a couple of these fluke abnormality pictures floating around before but I had never caught one.

Then I recalled back to a John Tiedemann article published in June of 2021 called Freakish Flatfish: The Odder Side Of Fluke & Flounder. After catching and releasing the unique flatfish, I went home and reread the piece about these abnormalities in flatfish. It turns out the fish I caught had ambicoloration. According to the article, “in addition to having normal dark pigmentation on the upper, ocular side – rather than being completely white – the blind side also exhibits coloration that closely resembles the ocular side.  In most of these cases, there is apparently nothing on the upper surface of an ambicolorate flatfish to indicate that the fish is abnormal on the other side.” The article also touches upon other abnormalities that flatfish may exhibit.

After reading once again, this event still had me thinking what the actual odds of catching one of these fluke are one out of 1,000 or maybe even one out of 100,000. If it’s 100,000 maybe I’ll try my luck at the local casino sometime soon too. If you happen to catch one of these ‘fluky’ fluke yourself, feel free to shoot a picture over to mbroderick@thefisherman.com for a potential social media share or feature in the photo gallery. 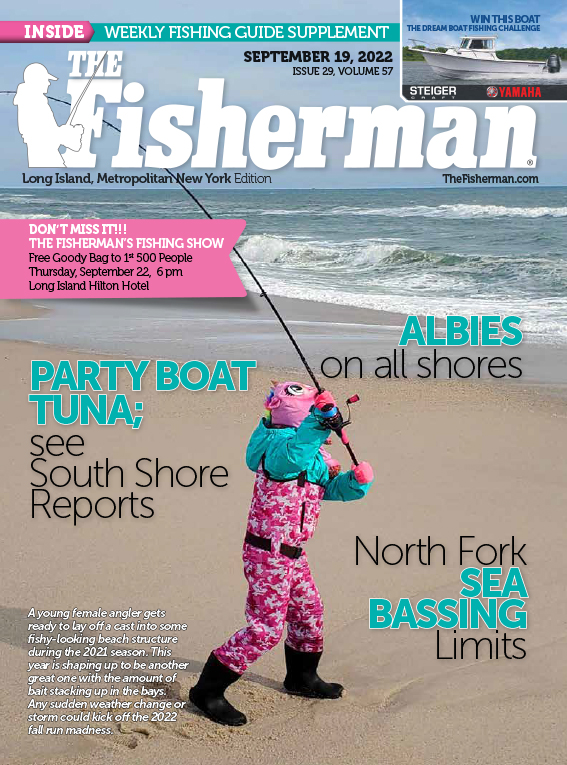