Every year, tiny young of the year baitfish, crabs, and worms produce big feeds along our shores. Striped bass, false albacore, bonito, and other species all frequently focus on these “micro baits”, at times leaving anglers frustrated and searching for answers.

With frothing blitzes all around it may seem that the fish would eat just about anything. When fish are focused on small bait, however, it pays to offer a tiny alternative to more traditional lures and flies. Though there is an ever increasing array of small metals and resin jigs it pays to have a secondary option on hand. I believe the best medium to match small food items is the artificial fly.

I understand that we don’t all fly fish, but don’t worry, you don’t have to perfect your double-haul to present a tiny offering. Casting eggs offer an alternative for those who want to show a nearly weightless lure to fish blitzing at a distance. There’s been plenty written and said about casting eggs over the years though, so rather than reiterating that I’d rather make a simple point: every fly/teaser we’re about to cover can be presented either with a casting egg or a fly rod. Which one you choose is mostly up to personal preference, though as a diehard fly caster it pains me to admit that the casting egg and spinning rod have advantage any time fish are blitzing out of range of the shore.

Though I’d long been familiar with Enrico Puglisi’s other patterns, it took longer for the Micro Minnow to fall onto my plate. It was western Connecticut guide Ian Devlin that made the introduction, on a day when striped bass and frigate mackerel were feeding heavily on tiny young-of-year bay anchovies. Devlin finds that the EP Micro Minnow, with its fully compressible soft-fiber design, is less inclined to bounce off the open mouths of feeding fish than epoxy bodied imitations of the same baitfish. I wasn’t fully sold at first but in time was missing and losing fewer of those smaller-mouthed hardtails than I had been on Surf Candies and EZ Body Minnows. It also has a translucency and subtlety that stripers find irresistible and has proven indispensable during the summer “raft-feeds” that have become common in recent years. 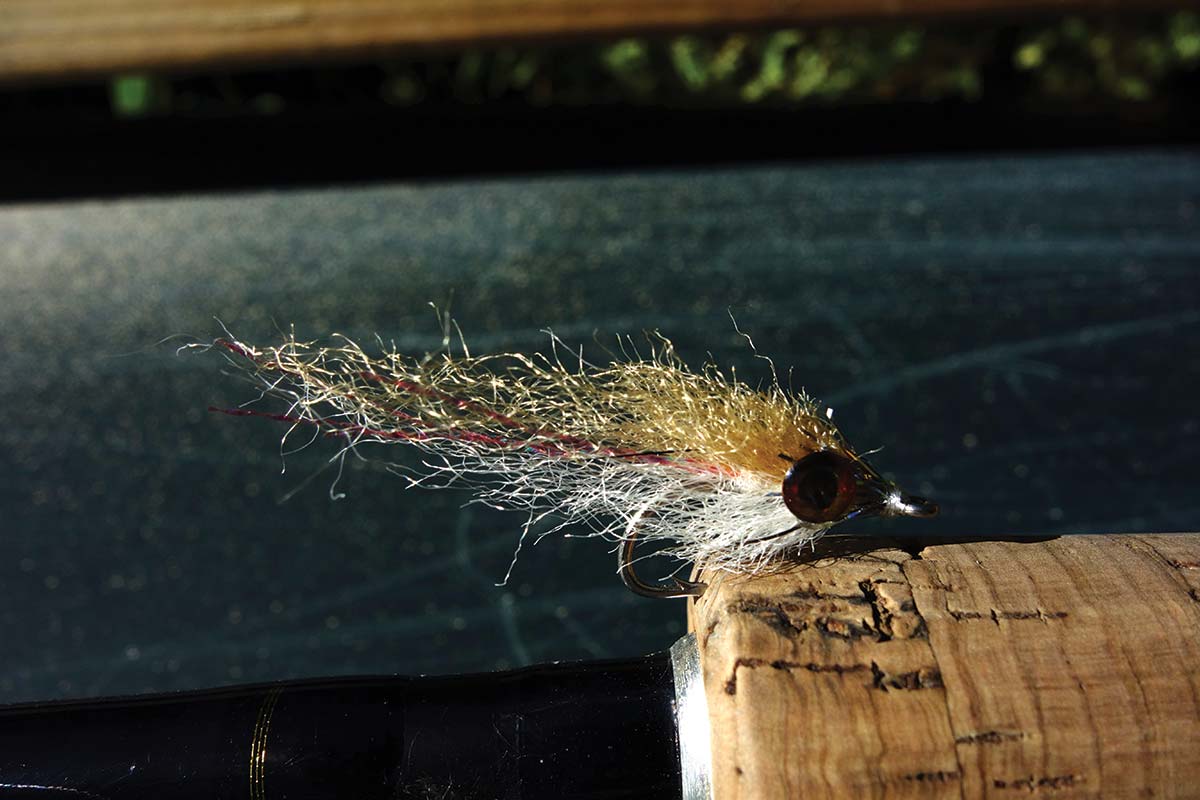 The Flash Peanut came about after dealing with hordes of stripers feeding on extra small menhaden, ones less than an inch long. At times there are simply too many of these micro peanuts around and it becomes impossible to get any gamefish to notice a lure or fly of any kind, but often enough the bass are actually singling out baitfish before making the decision to strike. Often smaller “wolf packs” of bass can be seen within the larger blitz chasing individual peanuts.  The frantic juvenile menhaden are often seen leaping repeatedly trying to escape the pursuing bass. I’d encountered plenty of these feeds and found them very frustrating until the idea of the Flash Peanut materialized. These young of the year bunker were little more than flashy tear drop shapes with eyes. Using the tying methodology of Enrico Puglisi’s Peanut Butter but swapping the EP Fiber for silver micro-flashabou, adding a little polar flash and tying on a size 6 hook, I tied an extremely downsized peanut bunker pattern. It quickly proved its worth the next time those yearling peanut blitzes materialized. The Flash Peanut should be cast accurately to those aforementioned wolf packs of bass and retrieved at a slow, steady pace. 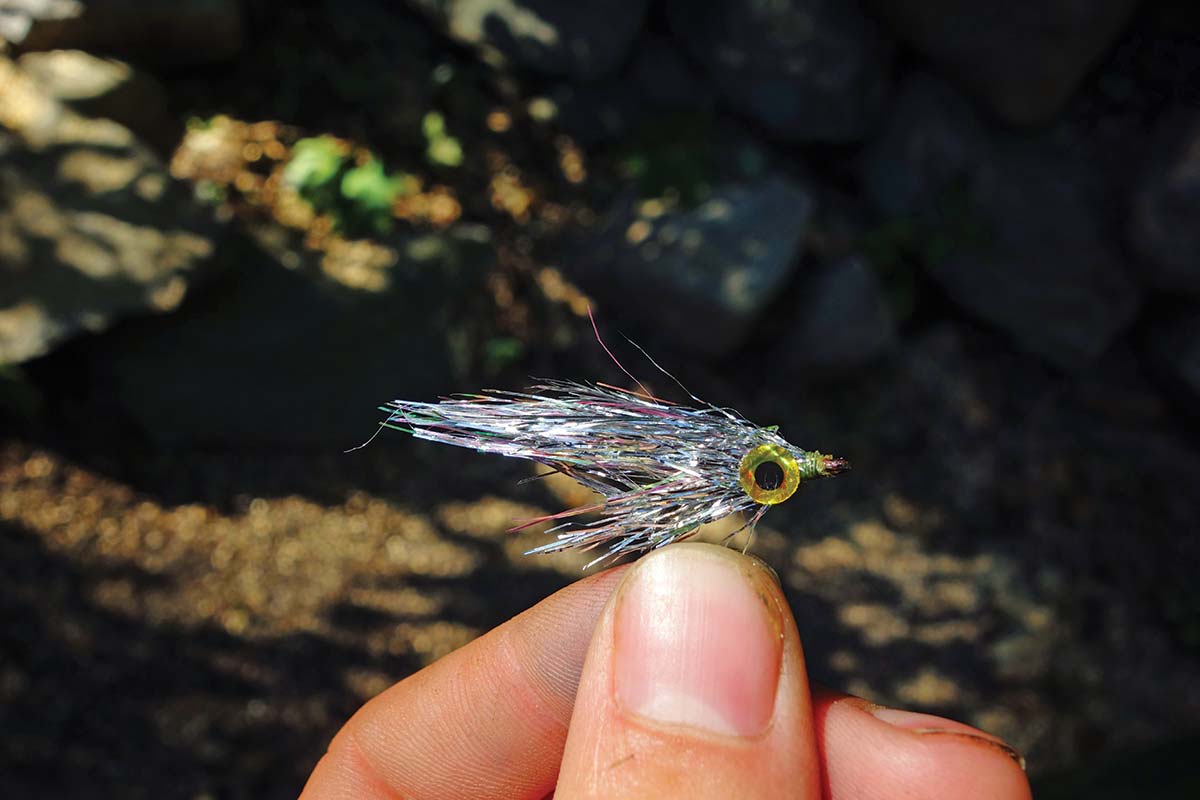 One late night on a Cape Cod tidal creek, in the first week of September and on a new moon, I stood surrounded by popping and boiling bass without a single take before I finally snapped and turned my headlamp on. The surface was alive with squiggling red worms…cinder worms! Familiar with the famed worm swarms (not hatches as they are inaccurately called, cinder worm swarms are actually a breeding event rather than a hatch), I knew bass could be exceedingly selective during these events. I had some red shad flies in one of my boxes and they worked, though not as well as I’d have liked. I vowed never to be without worm flies again. Rhode Islander Captain Bob Hines’ Cinder Worm pattern is a simple pattern that can be tied or purchased in a variety of sizes and colors to match the natural worms. It has proven itself time and time again during worm swarms, be they the predictable ones or the ones I stumble into at odd times and in odd places. 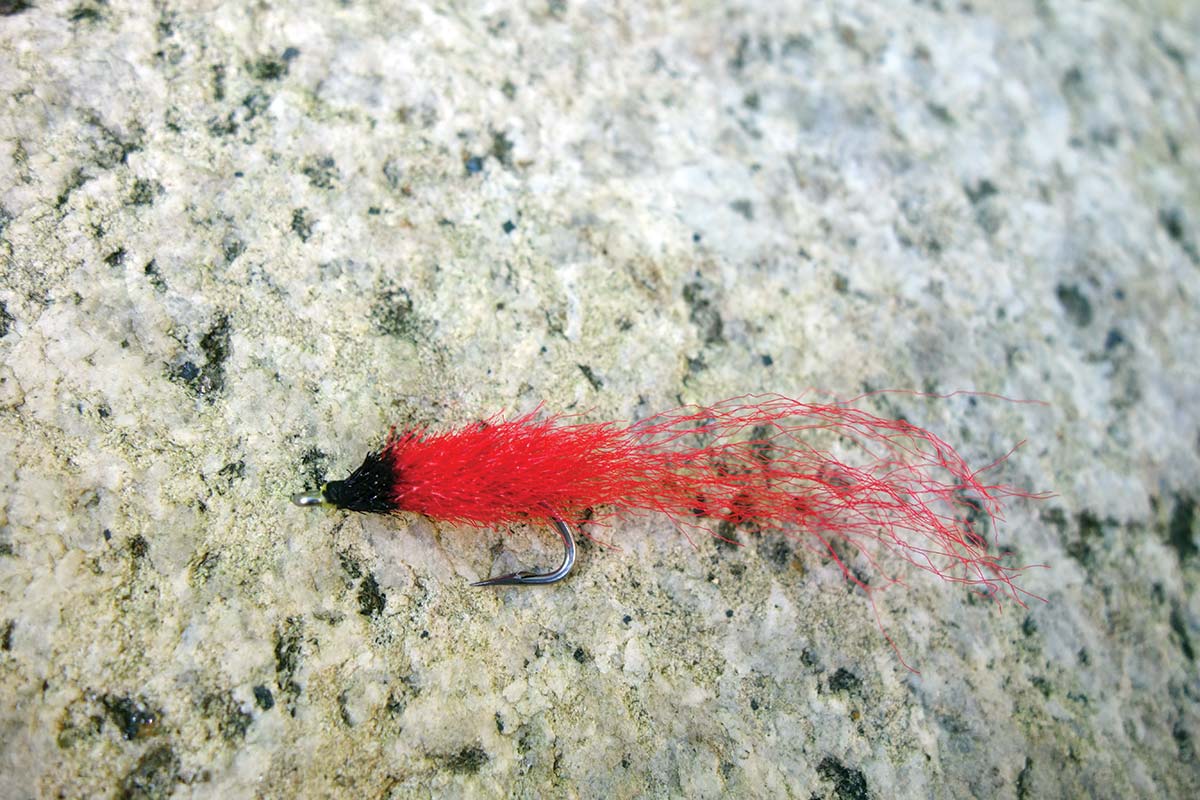 Homer Rhode, Jr. was plying the shallow waters of the Everglades toward the middle of the 1900’s when he came up with his Homer Rhode Tarpon Streamer. That fly was later adapted to what is now broadly known as the Seaducer. Though developed for snook and tarpon, the fly has great utility matching micro bait in the northeast; particularly tiny crustaceans. In such diminutive sizes as 6, 8, and even 10, the simplistic Seaducer is a fabulous representation of small grass shrimp, krill, or even hatchling calico crabs—all baits that bass of surprising size will sometimes key in on. I tie mine in tan, white, orange, and black, and fish them with a subtle darting action. The takes can be gentle and deceptive, but that doesn’t always reflect the size of the bass. 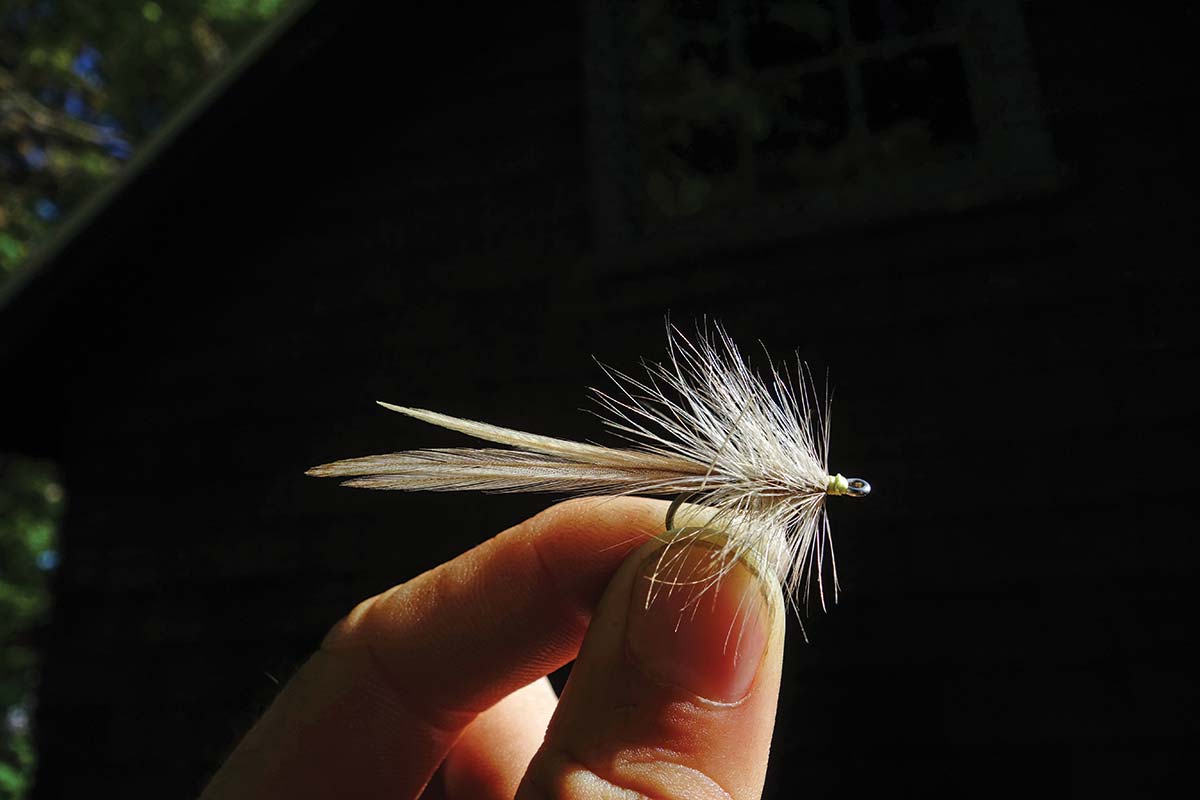 Perhaps as important as carrying all of these flies and being able to fish them on your gear of choice is simply being observant. It is all too easy for an angler to see breaking fish, get fired up, and sling large stuff at them. Sometimes they just aren’t going to take it. There are ways to tell if bass, albies or other major saltwater targets are feeding on small bait. Look for fish that are packed up side by side and making big, coordinated feeds. Also take note of gentle swirls and dimples in the slick water ahead of a rip. Pay attention to what you see in the water or jumping out of the water as well. This awareness is a simple factor that differentiates the angler that catches from the angler that doesn’t. Micro bait can drive you mad or it can be your best friend, it’s just all about reading the situation and carrying the right offering. Keeping vigilant on the water, getting creative at the vice or in the shop bins, and not being afraid to fish tiny offerings can save you from a lot of skunkings.