Hatchett Reef, also known as Four Mile River Reef, is a very fishy place. Located at 41.2684° x 72.2665°, it’s marked by red N “6” on its south end and green C “1” on its north end. About 2/3 mile south off Hatchett Point and the popular local summer destination of Sound View, it’s a half-mile long and runs north/south. It’s also located about 2-1/4 miles northeast of the eastern outer marker of the Connecticut River entrance (bell R “8” Fl R 4s). Hatchett is 16 feet deep on both ends with a high spot of 5 feet at midpoint, so obstructions here aren’t an issue. The reef is more of a bar composed of sand and gravel, so you won’t lose a lot of terminal tackle here, either.

The bar doesn’t begin at the red nun, however, and extends a couple hundred yards south of the marker. A distinct rip line makes up here on each tide, and the shoal and turbulent water combine to attract small-baitfish schools, which in turn attract bluefish and stripers. Early mornings and evenings are well known to produce surface action, and anglers score on predators with a variety of techniques, including casting tins, surface plugging, fly fishing and even light diamond jigging.

The alley of water from the mouth of the Connecticut River to Hatchett Reef also attracts false albacore. The current moving in and out of the river provides minute forage for schools of silversides and bay anchovies, which are primary prey for albies. If you’re heading to or from port in the Connecticut River during little tunny season, it’s worth cruising along the outer markers looking for working terns and those tell-tale slashing surface blitzes of albies, which sometimes hold for hours on the up-current side of the outer rip.

Just off the northwest corner of the reef sits a scow or small barge, marked at 21 feet deep on NOAA charts, and resting in about 28 feet of water. The structure is a rectangular, compartmentalized steel skeleton about 50 feet long by only about 15 feet wide, and reportedly runs north/south. There’s no superstructure, so loss of your anchor or terminal gear is unlikely. This may be a good nearshore spot for porgies or sea bass, although there’s probably not enough structure or hiding places to attract lots of tog. You can easily identify the wreck on your electronics due to its straight lines.

On the nearby shoreline, Hatchett Point is rocky and bouldered, but the water near the structure is deep enough for a motor. During light or offshore winds, and using caution, the point is an excellent place to idle into to cast big flies, surface plugs or live eels among the structures. Tog and porgy anglers sometimes nudge in and anchor over the rocky bottom in about 15 feet of water to shelter from a brisk north wind in the fall.

About a 1/2 mile south of Hatchett Reef’s south end hide small, scattered reefs of 50 to 60 feet deep, which pop up from surrounding depths of 80 feet. These ledge structures aren’t easy to find, but once found, they’re worth a shot for porgies, sea bass, bluefish and tog during the day, and drifting over at night with live bait for bass.

Hatchett Reef is an easy run for any boat from the large state ramp under the I-95 Baldwin Bridge on the CT River, which is located at 220 Ferry Road in Old Saybrook. For small boats, a closer and much straighter shot is from the Four Mile River ramp, located off Oakridge Drive on Route 156 and addressed 99 Old Cart Path, Old Lyme. However, parking here is limited, the ramp is shallow at low water, and at high water there’s a clearance issue for larger vessels due to the railroad bridge at the river mouth. Check it out at mid-tide to be sure you have proper draft and clearance. 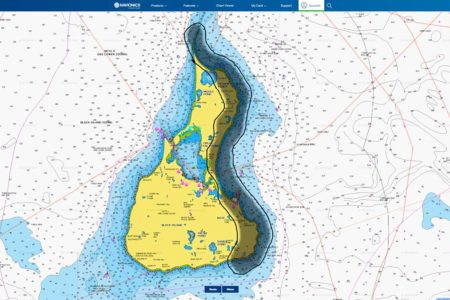 Sandy points, rocky beaches and bowls, strong-running currents and even a jetty; the east side of Block Island has it all and more. 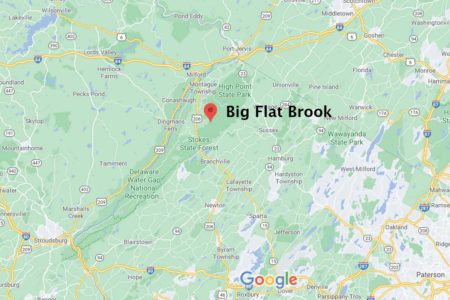 Hot Spot Of The Month: The Big Flat Brook