My how the Canal has changed in the 23 years I’ve been fishing it! When I first started fishing there, the ink had barely dried on my temporary driver’s license, and there was a serious mystique that surrounded The Big Ditch. The best anglers were like ghosts and they kept everything to themselves. You wouldn’t dream of setting up closer than 60 feet away from the next angler down and you usually gave them more like 200. I can’t imagine what those ghosts would have said about me writing this hotspot piece back then… I’d be scared. But in the day and age where every guy with a surf rod also has a Canal bike, and crowding is just part of a typical trip to the Canal, I feel like I can give away a little of what I’ve learned.

The Cribbin has an unusual name and haven’t been able to find an old timer that knows its origins. Google says ‘Cribbin’ is an Irish surname, perhaps an Irish Canal angler made this stretch of steep bank his home turf in the early days of fishing there and the regulars just called it by his name, because he was always there? I suspect we will never know, but if I’m right, I wonder if Old Man Cribbin would have ever guessed that it would keep his name for so long. 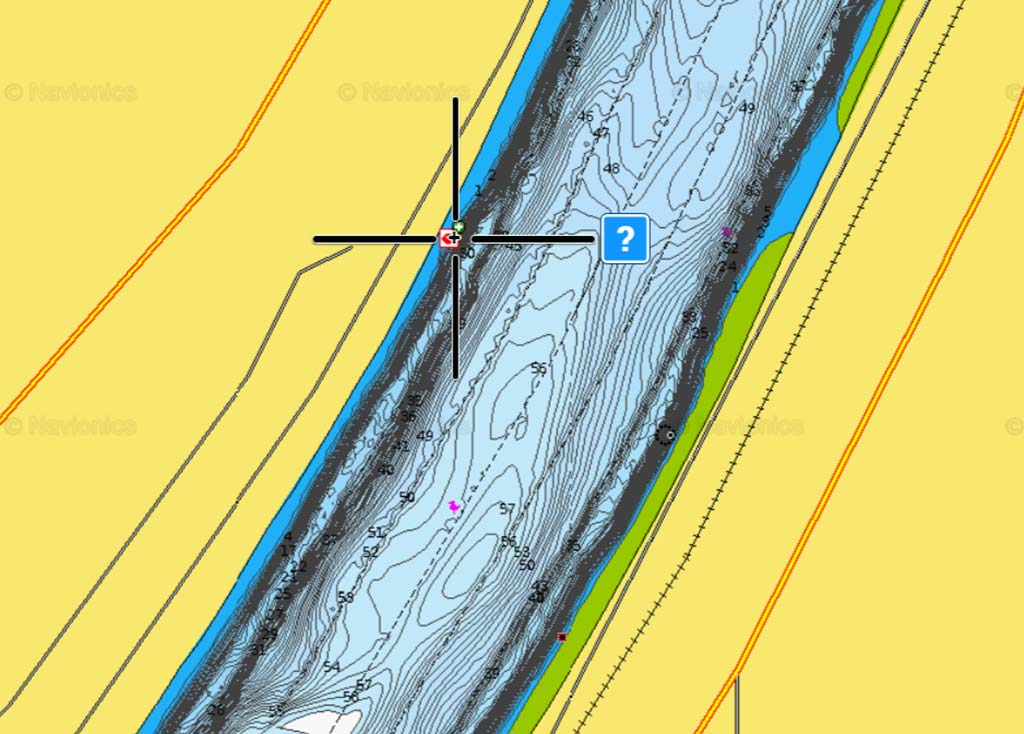 Some people refer to this location as ‘Highbank’ which derives its origins from a famous handwritten Canal map that has been making the rounds in many forms for at least as long I’ve fished there. In either case, the Cribbin is the highest point on the access road on the mainland side of The Ditch and also features the steepest and most treacherous descent to the water. It is marked by two cement retaining walls, each sporting hand-painted murals—one showing seagulls, the other the phases of planting a tree.

Fishing in the Cribbin is often very good, but be warned, it’s protected by many snags and is not a great place for heavy jigging—although it can be done and will produce results. I, almost exclusively, fish the Cribbin with plugs. There is something about this location that makes it special though, if you really pay attention to the shoreline, you’ll notice that there is a pronounced shelf of shallow water that runs from pole 200 to about 210 and from like 230 to at least 250—I’m trying to do this from memory so don’t hold me to the exact numbers. But the space between is that high embankment and the shelf descends 15 to 20 feet into the Canal.

Now consider how often the mackerel swim in tight to the bank and think about how well-protected they are when they’re swimming on top of that shallow shelf. But what happens when the bottom falls out? As soon as those macks (or any other baitfish) encounter the steep banks of the Cribbin, they are exposed and have to run a 250-yard death sprint to find the safety of the shelf again! You may also notice that there is a slow back eddy here which, I’d have to believe, makes feeding easier for the stripers. This is why so many anglers brave the loose stones and Billy goat climbs of this storied location.

I typically give the Cribbin a shot later in the tide, when the water has risen enough to cover the surrounding shelves. On numerous occasions I have sighted bass in tight to the rocks from the road and scurried down to cash in. The Cribbin will also, very often, produce fish on bright sunny mornings when many other locations have shut down completely. Even if you don’t see any signs of life, sliding down the dusty rocks to the waterline for a few casts is always a good idea. I recommend casting a Magic Swimmer parallel to shore (if there aren’t other anglers nearby) and fast-cranking just outside the bubbleweed on the shoreline. I have seen some big fish taken this way.

The Cribbin is one of those classic Canal spots with a long history of producing good fish. It’s a good spot to look for standing room when the crowds are thick and it’s a great spot to find fish late in the east tide. Just be very careful if you decide to make the climb, if you fall down here, you’re probably not stopping until you hit the water!