Winter flounder, Pseudopleuronectes americanus, is the most abundant species of flounder found north of Cape Cod and throughout the entire Gulf of Maine, although its numbers south of the Cape have been dramatically diminished in recent years. This species is also known as sole, lemon sole, Georges Bank flounder and blackback flounder.

Winter flounder can be found in estuaries, out to the continental shelf in the Northwest Atlantic, and range from the Gulf of Saint Lawrence in Canada south to northern North Carolina.

There are eight species of flounder in the Gulf of Maine alone, with several additional species found south to North Carolina. Winter flounder are easy to distinguish from their cousins by using several easy identifying traits. This species is a right-eyed flounder, with very full, robust small puckering lips extending out just in front of their eyes, and have a straight lateral line. No other species of flounder found in the Northeast have these identifying features.

This species have an oval shape and thick full body with delicious, and sweet filets of meat. The color of winter flounder varies widely depending upon where you find them, including any bottom type ranging from mud to sand and even ledge habitat. I have seen and photographed this fish in every possible bottom cover and in practically every shade of color that matches those bottom habitats. Winter flounder also use camouflage to hide from predators to blend in on the bottom, and will cover themselves with sand or mud to increase their chances of survival from predation.

Their colors range from muddy to reddish brown, olive green, or dark slate, all the way through to a black colored topside. Their bottom is white, and the dorsal fin often has a touch of pink, red to yellow coloration.

Winter flounder live to be between 15 to 18 years of age and can grow to more than 2 feet in length. This species will spawn from the winter through spring time, primarily in shallow inshore waters. Frequently, they may return to the same general area where they were born to reproduce. Females will typically deposit between 500,000 and 1.5 million eggs, depending upon the size and age of the fish. They will deposit their eggs either on a sandy bottom habitat, as well as algae mats at night, and may spawn approximately 40 times each and every spawning season.

Now here is when things get very interesting – newly hatched larval flounder have one eye on each side of the head and swim vertically in the water column just like every other fish. At this stage they are so small you cannot see them with the naked eye. Five to six weeks after they hatch, larvae settle to the bottom to begin their metamorphosis into juveniles. After spending several weeks growing and living on the bottom, their left eye will move to the right side of their body and that is when they start to look like the flounder we all know and love – love to eat, that is.

The rate of growth and how well they survive as larvae and juveniles depend on several factors, including water quality, temperature, salinity, availability of food, and water quality. Winter flounder usually feed during the daylight hours because they depend on sight to locate prey. Their small mouth size will limit what they can eat.

Winter flounder will feed on clams, worms, small invertebrates, and shrimp. Striped bass, bluefish, summer flounder, and toadfish, other large fish, invertebrates, birds, winter skate, and marine mammals will feed upon the on both the larval and juvenile stages of winter flounder. Atlantic cod, spiny dogfish, and monkfish eat the founder as adults.

When fishing for winter flounder, I like to use a double hook flounder jig spreader. Many times, I have pulled in two fish at the same time. It is also important to keep the bait clinging to the bottom in order to attract and hook this species. Depending on where you are fishing, you may need to go heavy on a lead weight to hold the jig and bait on the bottom if in a strong current. My preferred bait is sea worms, but I have also heard of fishers using clams for bait as well. 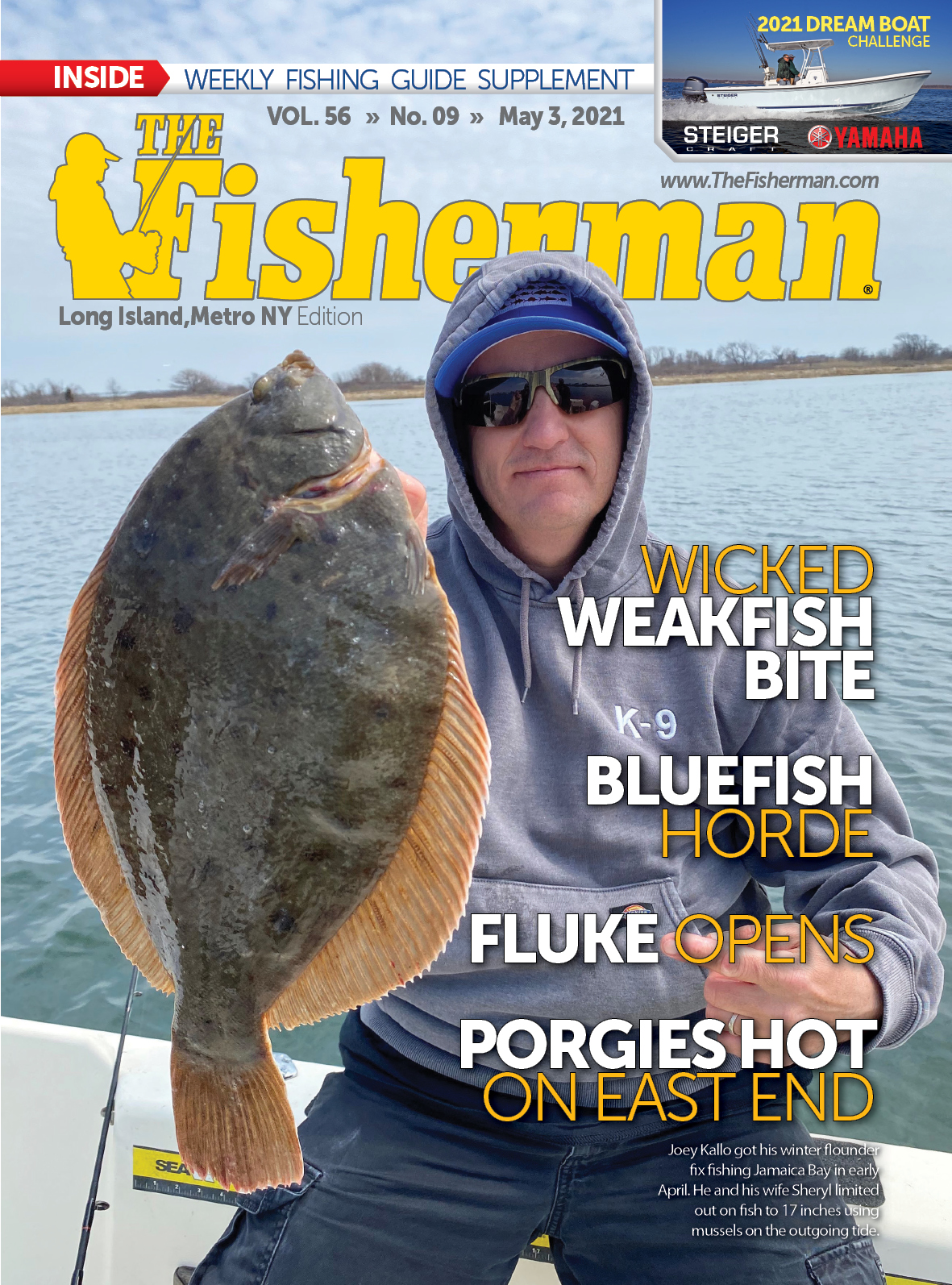