There are a number of changes in striper behavior that need examination. For one thing our bass are summering much further north than has been the custom. Above Boston the fishing was unusually good clear into the Maritimes where the Atlantic salmon is king. Much to the distress of local sport fishermen and wildlife officials, bass are being found far upstream of the salmon rivers and being caught by salmon fishermen with salmon smolts in their gut. This development is raising concern over the viability of the salmon fishery with so much predation of juvie salmon, which would normally go to sea and later return as adult spawners. Readers here have to understand that in the Maritimes the salmon, not the striper, is king and finding stripers many kilometers upriver above saltwater in salmon habitat is reason for distress.

For example, on the Southwest Miramichi they were found above Rocky Brook and in the Cascapedia 45 kilometers or more above the estuary.

One observer of the Northwest Miramichi who completed the ASF survey on Striped Bass sightings said, “I have never in my life, I’m 74, seen the concentration of fish that were in the Lower Northwest branch of the river. During one encounter I caught three fish over 3 feet long on three consecutive casts. All were over the slot limit so one can only imagine what was in their stomachs.”

In Labrador, fishermen were finding dozens of striped bass in their nets in Forteau Bay even though they had never seen them previously. The source for these numbers of stripers has not been determined. In addition, we can only speculate on whether they are United States stock or hail from some local river. Keep in mind that this is wild country where less is known. Central Maine, I am told, had record-setting striper runs as well.

My count from Maryland to Maine was 40 stripers over 50 pounds. Of these only two were verified surf-caught, which is not unusual. However, the count is becoming difficult to validate because of a growing reluctance to broadcast positive results, social concerns over the killing of breeders, and regulations that end an angler’s fishing after one fish. Point of interruption: In all fish and game management, when you kill your limit – hunting or fishing – you are required to stop participating. Therefore, if a person kills a 50-pound fish, he is done striper fishing. Continuing on a catch and release basis is not a legal option because the next bass could be hurt and releasing it could only lead to its eventual death. This has the effect of shortening blitz fishing thus reducing the take of “fifties.” Such changes influence the overall results of the count, really not that important, other than we like to know.

A couple of Hudson River bass made the mark in early May, while the New Jersey spring take fizzled. Still, Jersey fall monsters, swilling on bunker, made up for the poor spring. Coastwide June is always the best month.

Block Island waters did produce the customary lion’s share of outsize linesides, although this year, coastwide, there was nothing that made 70 pounds reported. (I can’t work with rumors.)

We did have two fish that topped 60 pounds from boats, and that too was a smaller number than usual. There was an interesting report of a bass by Kyle Dawson of a 49.88-pounder, which figures out at 2 ounces short of the magic 50 mark. I have seen such heart breakers before. In the late 1970s my wife beached a 49-pounder in the old Chatham Inlet. Such marginal numbers tempt the devil.

The Cape Cod Canal provided its usual 50-pounder for shore fishermen. The Canal is the new hotspot because of access problems, seal problems, and Park Service policing issues that have relegated those who once fished the Outer Cape to the Canal. It is better fishing, less regulated, and nearer for mainland hungries who fish in waders.

While I am diligent in my annual report of moby stripers, take the numbers here with a grain of salt. Facts seem harder to come by, which makes me wonder if the real number was 10 or 90. This is not your father’s striper count where they caught 225 50-pounders in 1967. There is a little more voodoo in today’s results than when the Schaefer Contest was awarding pins for these monsters. Also, there is less sale of stripers going on today. Keep in mind bass sales are not as robust because of limitations from Marine Fisheries and seasonal closures. Many factors can influence the 50-pounder results. Such fish are, on average, 21 years old and a lot can happen to them in those years along the way.

Fishing was impacted by a particularly active hurricane season. Inasmuch as striper fishing is largely done from boats, they get pulled at the first sign of those warning flags at the Coast Guard Station. Just when boats might be brought back, along comes another monster storm and many anglers, tired of waiting for clean fishable water, throw in the towel. Those remaining might have stretched into November but it got so cold so early that even the hunters were sitting in bars. It was not a good fall fishing season, and that raises the dickens with the count because anglers get horsed during the fall migration.

The Maryland young of the year survey was 13.2 last year, which is slightly above the 64-year average of 11.7, which implies a healthy population growth for the striper fishery. No measurements of Hudson or Delaware River spawning success are carried out. Nor is it known what part of the overall fishery comes from these two rivers. Implications are that both river basins contribute to the striper fishery. The young of the year index is more important than the fifties kill. The former is what is coming and the latter is what is gone.

A striped bass takes at least 17 years to reach the 50-pound mark, which means fish born in 2000 are just reaching the magic number this year. That year’s index (50.75) is the second-highest recorded in the 60 years of the survey. Theoretically this means that there was a high initial success rate on the fish born that year, which means we could see more 50-pound fish in our waters this coming season and going forward. Again, this is only theoretical as there are a great many additional factors that weigh-in on the survival rate and weight of a fish at the time of capture, but you can’t catch that which was never born so hopefully it points us in a positive direction in 2018! 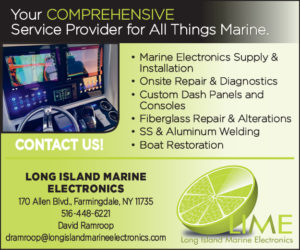