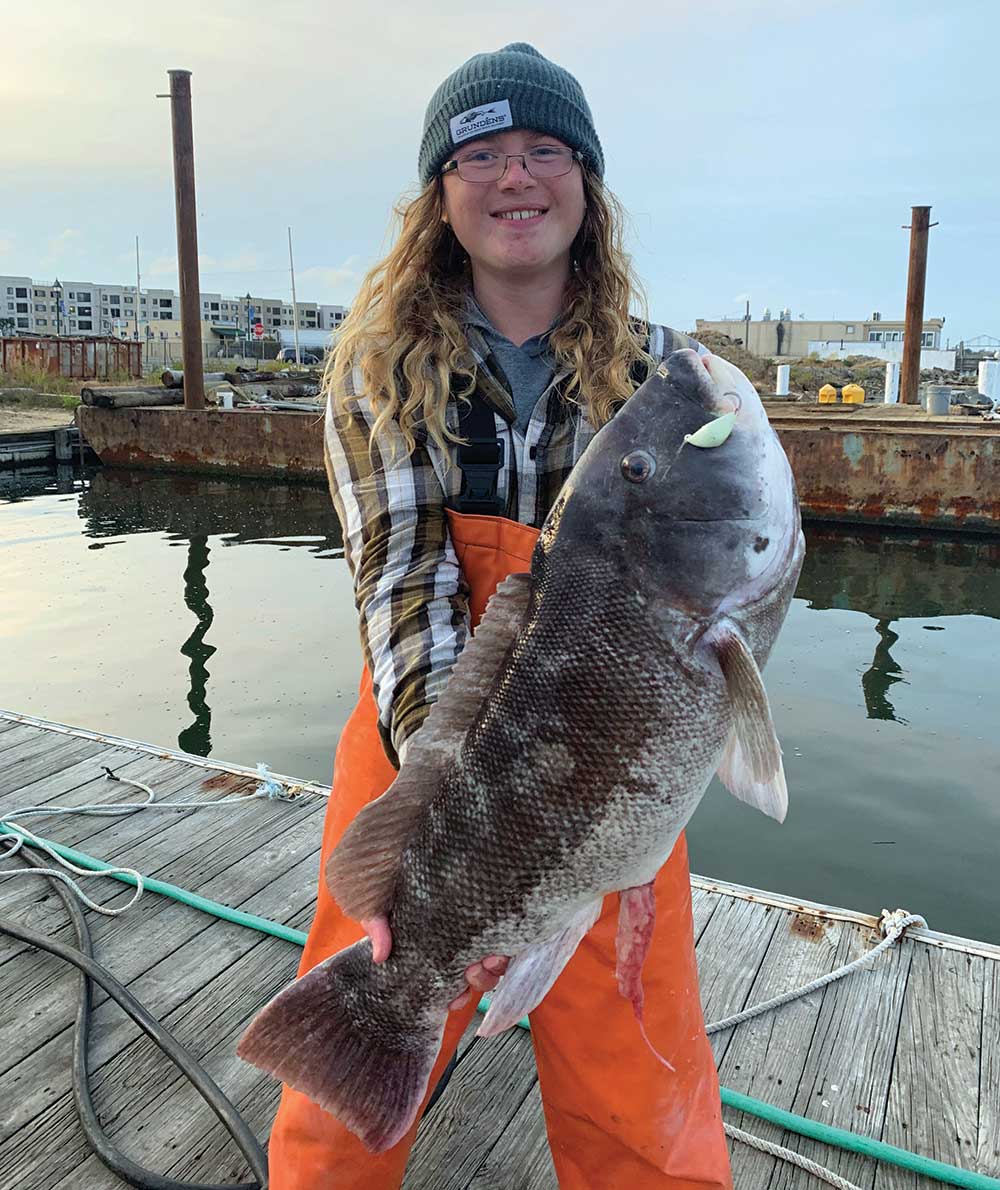 David Weakley, a 16 year old avid saltwater angler from Long Island, was recently notified that his 14.3-pound blackfish has been officially recognized by the IGFA as the Junior World Record for the species. The big tog was caught on a wreck in 65 feet of water outside of Jones Inlet on October 29, 2019. It was caught aboard his 20-foot Mako Aphotic while fishing with Capt. Bob Schmitt of Sea Rogue Charters, who netted the fish. It was taken on a 1.5-ounce Bottom Sweeper Blackfish Jig tipped with half a green crab. David used a spinning outfit spooled with 15-pound braid and a 30-pound test top shot. The fish put up quite a fight, making an initial powerful run, followed by two more hard runs before succumbing to the net. The fish was revived and successfully released after weighing.

While most of the young angler’s fishing is done on Long Island, he spends time every winter/spring chasing sailfish, grouper, pompano and other species down in the Florida Keys. His favorite type of fishing is bottom fishing, targeting wrecks, rockpiles and reefs for sea bass, cod, scup, fluke and his favorite – tautog. He is also a big fan of deep drop fishing for tilefish. In 2019, David caught his personal best in three categories – 38-pound tilefish, 13-pound fluke and his record tog of 14.3 pounds.