A wahoo lure is moving forward at 14 knots. A wahoo strikes that lure at 42 knots. What is the combined force on the system? Sound like a high school physics problem? Sure does, but that is a question that many anglers ponder AFTER the fish breaks off and it is too late to make any adjustments.

Few species on the east coast strike harder and faster than the wahoo. Known worldwide as Ono, Peto, and others, they are found in tropical and subtropical waters and have a mean reputation for finding a weak spot in a leader system and exploiting it! As if their speed is not enough their razor blade teeth have claimed way too many anglers’ lures. Lastly, they are downright delicious!

So how do we build a leader system that can hold up to violent strikes and a mouth full of razor blades? We overbuild it and compensate for those forces. It should also be mentioned that this system is for high-speed wahoo trolling while targeting ‘hoos.

The system consists of three main components: the lead, the shock leader, and the lure’s leader to the hook. Let’s begin with the lead.

It can be difficult to keep a lure from skipping on the surface at speeds of 12 to 14 knots, so trolling lead (cigar weight) is the answer and typically from 24 to 48 ounces depending on conditions. The trolling lead should have heavy 49-strand cable running through it with chafe gear on both ends, and a 400-pound ball bearing swivel attached to one end. Why the 49-strand cable in the lead? The answer is simple: wahoo love to hit the trolling lead! Trust me, I have teeth marks on mine to prove it, and if rigged with monofilament you can kiss the entire rig goodbye before you realize what happened.

The second component in the system is the shock leader. There HAS TO BE some sort of shock absorption in the leader system, and this is attained through the use of a heavy monofilament section that can stretch during a strike and absorb some of that force. It is quite simple to make, but as stated earlier, it must be overbuilt. Chafe gear crimped at the ends, like tubing or thimbles, will reduce the wear on the loops, and a high-quality heavy ball bearing swivel should be attached to one end allowing the lure to be connected to the system. The length of the shock leader is determined by the size of the boat and the experience of the crew. I run a 28-foot Bertram and use a 10-foot shock leader. Keep in mind that from the lead to the lure needs to be handlined in to bring a fish to gaff, so smaller boats and inexperienced crews should use a shorter shock leader.

Finally, wahoo are not leader shy, and that, coupled with their razor-sharp teeth, demands that the lure and hook system be 49-strand cable as well. The cable should run at least 5 feet ahead of the lure and right to the hooks. Again, think overbuilt. Chafe gear should be crimped to the attachment loop at the head of the lure. The hooks can be rigged in several ways, but our preference is a tandem hook stiff rig of 11/0 J hooks both facing upward and held there with tape or shrink tubing, and locked in that orientation using a rubber hook lock attached to the head of the lure.

This summer, don’t lose a ”Hoo” because your leader system could not handle the ferocious strike and ensuing battle. Overbuild it and bring that fish to the dinner table! 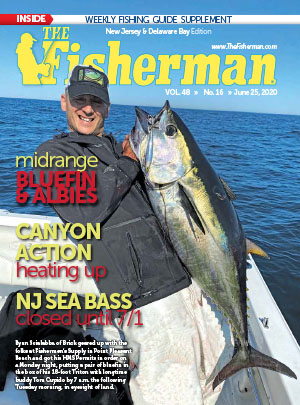 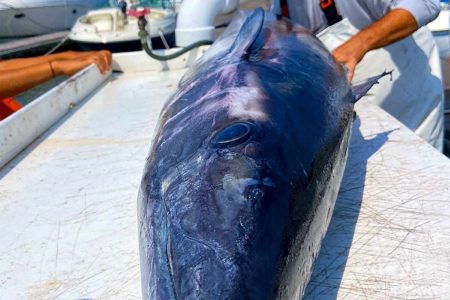 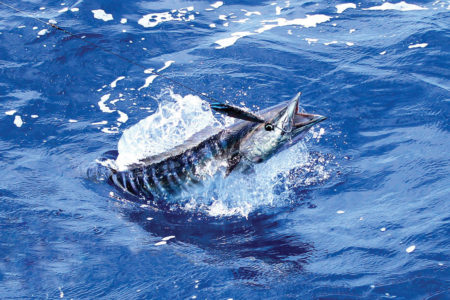 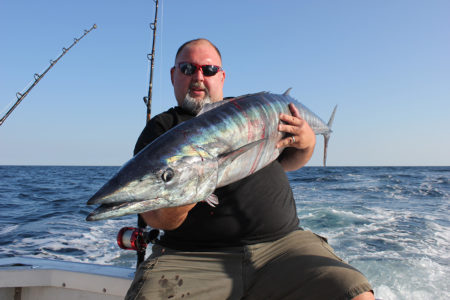