August is “Mahi Month” in The Fisherman’s Dream Boat Fishing Challenge, so get on ‘em!

Up ahead, you see the minefield of lobster pot hi-fliers, a weedline of sargassum or a floating log drifting aimlessly on the current. Without a doubt, mahi are hanging by the structure. As you pull back the engines into neutral and start to drift toward the objects, golden flashes appear through your polarized lenses. Dolphin are hanging all through the water column from the surface down 40 feet or more. The question is – what’s the proper lure to throw and at what depth to get a bite?

Anytime I see structure that has the potential of holding dolphin, I start working the depths from the surface to a foot or two down. Troll with 2- to 3-inch Williamson Flash Feathers, small squids or 00 Clark Spoons, stitching the minefield of flags back and forth, making passes on the outskirts to pull any surface dolphin to come darting off the structure. Weave in and out and if you do end up pulling off a particular pot or in between weedlines, pull the lines in and start focusing on that area, casting lures to better pinpoint and maximize catches.

Live baits produce wild surface strikes. The livewell should be filled with live killies or peanut bunker. Grab a handful, toss them over to the pot or weeds and watch to see if mahi come darting out of the shadows of the structure to chase them around. If so, lance a bait through the lips on a size 3/0 Octopus hook and pitch it right back weightless into the melee. You can draw mahi up from the depths to see what all the commotion is about on the surface.

The dolphin sweet spot is usually from 1 to 10 feet down from a pot or piece of flotsam. Tie on 1/4- to 3/8-ounce leadheads to a piece of 20-pound Seaguar fluorocarbon, and tip the leadheads with pink Berkley Gulp swimmin’ minnows, Fin-S fish or Zoom Super Flukes to get their attention. Let the naked leadhead drop down a three to four count under or by the structure, then twitch it back to the boat. Many times, mahi will be down deeper. Get a little more weight on and work the 10- to 15-foot depths with pink, white or white/pink combo 1/2- to 1-ounce bucktails, also tipped with squid strips, Fin-S fish or even a live killie. Cast as close to the pot line, weedline or floating debris without snagging it, let the bucktail sink down, then engage the reel and start snap twitching it back.

A pot line not only has life near the surface, but the whole fibrous line will have growth all the way down the water column. Sometimes mahi are hanging tight way down along the pot line 20 to 40 feet. Break out some heavier 1- to 2-ounce metals such as Deadly Dicks, Williamson Gomoku jigs and Crippled Herrings that get down fast on the flutter and offer up plenty of flash to attract a strike. Cast past the debris, let the metal jig drop down deep with a five to ten count, then proceed to bring the jig back to the boat, snap jigging it past the underwater structure.

Mahi notoriously hang around any floating or stationary structures in the open ocean. They key is to not just move along if you don’t get hit on one or two tries with casts or passes on the troll, mahi could still be there. Concentrate on working all levels of the water column, allowing mahi to get a visual on your lures, then bring them up into a feeding frenzy. What may seem like an empty piece of debris on first glance, oftentimes produces big time when worked properly top to bottom. 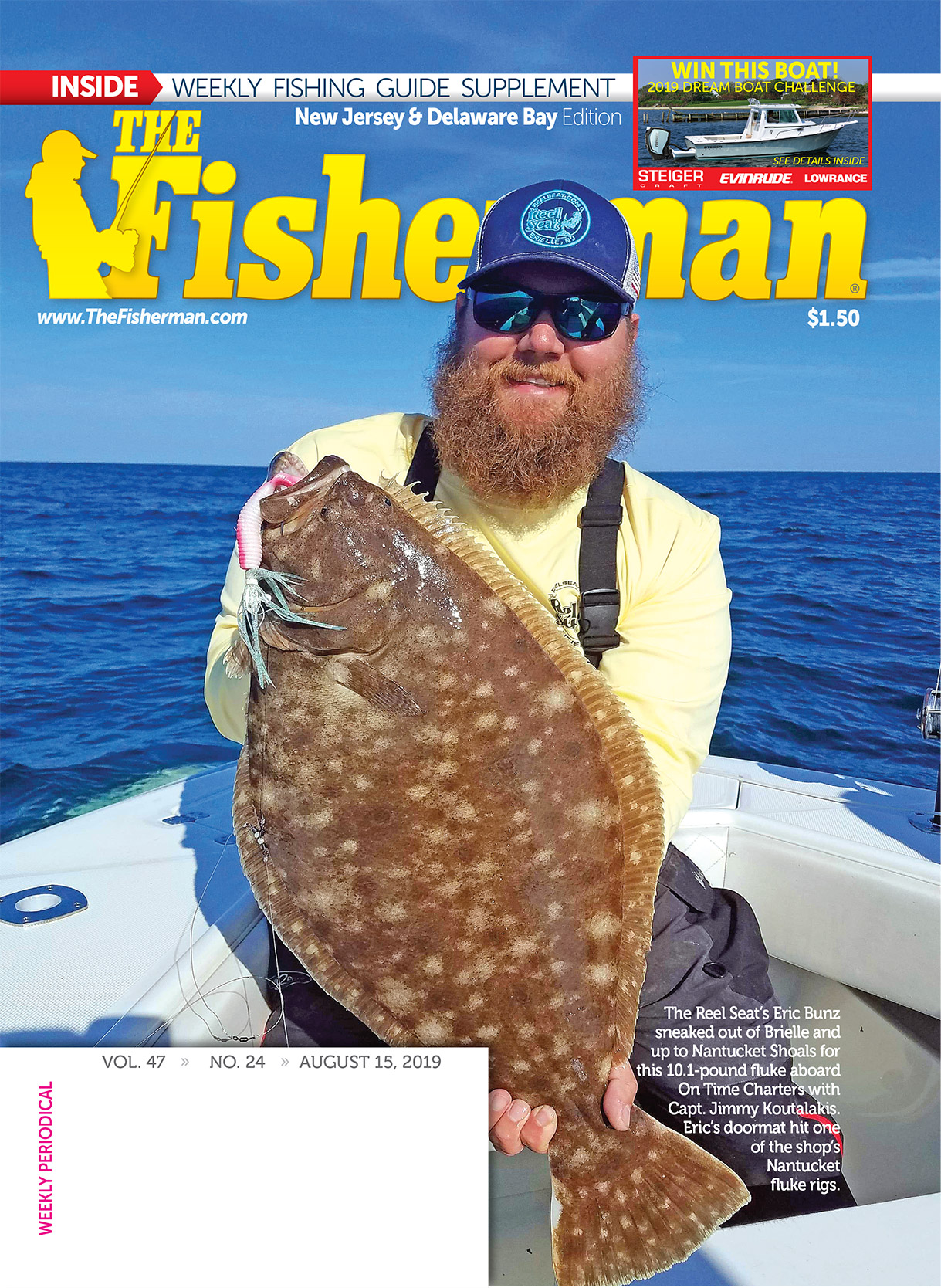 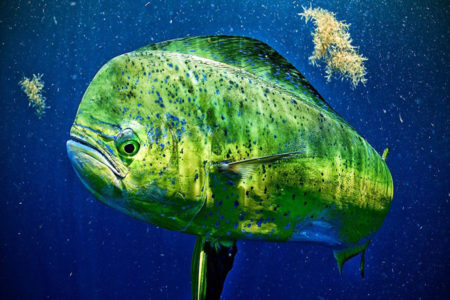 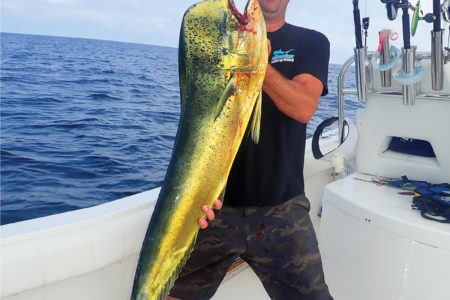 If the last two summers are a developing pattern, this month should be a good one. 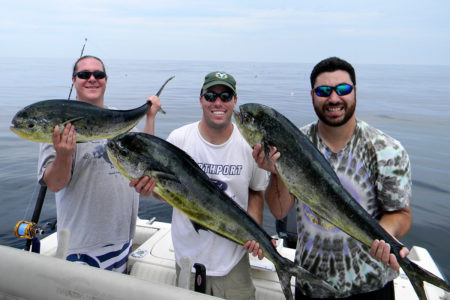