Making the most of the doormat days leading up to the September 21 buzzer.

It’s September and the 12th round bell is about to ring on the fluke season. This late in the game, fluke are pushing even deeper out to 80 to 130 feet of water, setting up in deep channels and on offshore reefs and wrecks.

You’re going to want to adapt your usual bay and nearshore tactics to dial into deepwater ridges and wreck territories at spots like the Garden State North and South Reefs, Manasquan Ridge, Barnegat Ridge North and South, and Ambrose Channel in Raritan Bay. 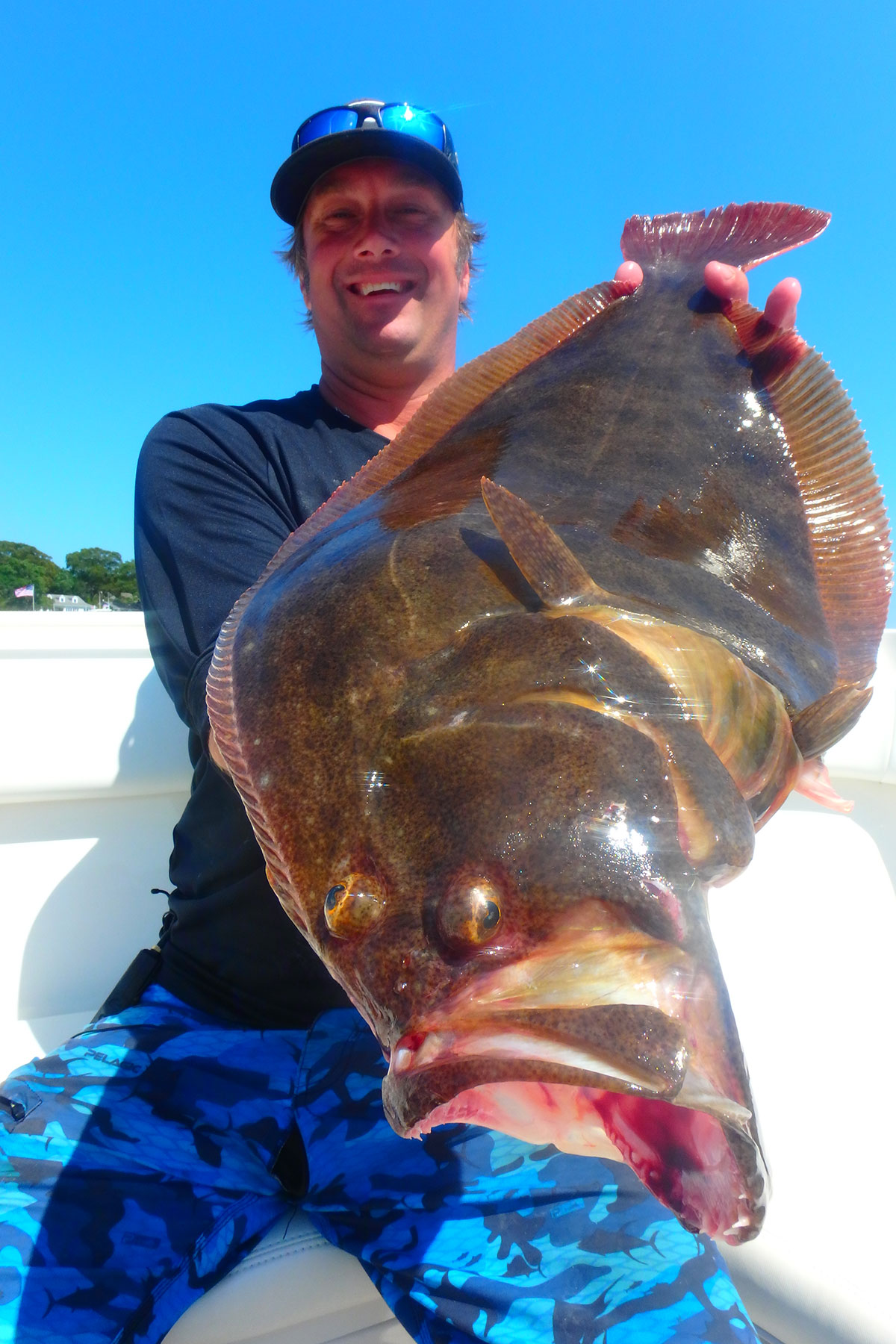 Capt. Austin Perilli of the aptly named Bucktail targets deep water fluke in the Sandy Hook Channel, Raritan Reach and Ambrose Channels off the NJ/NY Bight where waters reach 60 to 100 feet. “Our deep water fluking usually hits prime in September when the fish hunker down to beat the heat of the summer,” said Perilli, adding “The key to finding large fluke in the depths is understanding where the fish are. They may not always show up where they historically would be.”

Capt. Perilli’s deep water doormat fluke rig starts and ends with a bucktail. Starting with a 75-pound Spro Barrel swivel, an 18-inch section of 25-pound Seaguar Fluorocarbon is tied, with a 50-pound TA Clip on the tag end fixed with a pink, chartreuse or white 1- to 4-ounce bucktail tipped with a 6-inch Berkley Gulp! Grub or bait strip of sea robin or bluefish. Then off the bottom eye of the barrel swivel another 6-inch piece of 25-pound fluorocarbon leader is tied with a 3/8-ounce white roundhead bucktail tipped with a 5-inch Berkley Gulp! Swimmin’ Mullet to produce a tandem bucktail type rig.

“Anywhere you can find a little piece in the deep water is a good place to start,” said Perilli. “You want to be spot fishing, picking a structure pile out and hitting it on top, but not doing long, extended drifts over barren space.” Fluke hang close to the structure piles and use them as ambush points to hide and pounce upon prey, as well as feeding off the created ecosystem of the structure that will harbor forage such as crabs, mussels and baitfish.

Big fluke follow the mantra – feed big and feed once. Long bait strips fill that bill to satisfy a fluke’s hunger pangs. A fishfinder slide rig works best, starting with a braid friendly slide clip and a 3- to 6-ounce bank sinker, then a 26-inch section of 30-pound Seaguar fluorocarbon leader, to which a size 3/0 Gamakatsu hook is snelled on with another sliding snell 2/0 Octopus hook about 3 inches down from the first hook.

“The key to hooking deep water fluke on the drift with strip baits is to let ‘em eat,” said Capt. Matt Sellito of the Helen-H out of Hyannis, MA which has become ground zero in recent years for doormat fluke. “If you feel the weight of a flounder on the line that mouthed the bait and is sitting on it, drop it back in free spool, give it a standing five count, then set the hook. Use a slow lift method of feeling the weight of the fish hanging on the bait. If you don’t feel weight, send it back more and feed it to him.”

There are myriad options for strip baits including, but not limited to, salmon belly, little tunny belly, bluefish, mackerel and mahi flanks. Legal fluke belly makes great strip baits, but go big with a 7 to 10-inch slice of the white side or ribbon alone, or put a white strip on first, then sandwich it, topping it with an equal size brown strip to present a realistic image of a small fluke or fluttering baitfish. Also remember that in order to use any piece of fluke belly or ribbon, you’ll need to have the existing fluke rack onboard which counts against your three-fish limit in the Garden State.

“The majority of 10-plus pounders we catch are caught dragging big bait strips,” added Capt. Sellito. “Successful anglers are dragging long salmon belly, little tunny belly and Peruvian smelts all cut to 10 to 14 inches long.” Sellito states the standard Helen-H doormat rig is set up with a #1 three-way swivel with sinker snap for a 10- to 24-ounce bank sinker. The leader length coming off the second eye depends on the drift. Fast drifts require a 48-inch piece of 30-pound fluorocarbon leader, slow drifts go with a shorter 24-inch section. On the tag end of the leader is a two-hook tandem rig tied with 6/0 to 7/0 Gamakatsu Octopus hooks.

Hands down, live baits score some of the largest fluke you will find on the end of your line, and three live baits really stand out among fluke fanatics in September – snapper bluefish, spot, and mullet. Mullet can usually be castnetted en masse in the backwaters as they make their exodus into the surf during September. Snapper blues will be caught with relative ease on Sabiki rigs around docks and bulkheads. Spot can also be caught around the docks on Fishbites baits, but it may be easier to find a local tackle shop that carries them and purchase a few.

For larger baits like spot or snappers, a solid live bait rig consists of a sliding egg sinker of a half-ounce to 3 ounces or fishfinder slide clip with appropriate bank sinker weight, a 75-pound barrel swivel, 36-inch section of 25-pound fluorocarbon leader and size 4/0 Gamakatsu Octopus hook or live bait hook. Scale down the hook size to a 2/0 to 3/0 for smaller baits like mullet. Hook the baitfish through the lips or nostrils to present a bait that looks natural as it swims with the tide.

The key to late season success is to go deeper and to find structure piles. As fluke begin to move offshore for their fall migration to the continental shelf, intercept a few on their way by focusing on deepwater spots and implementing the tactics above. 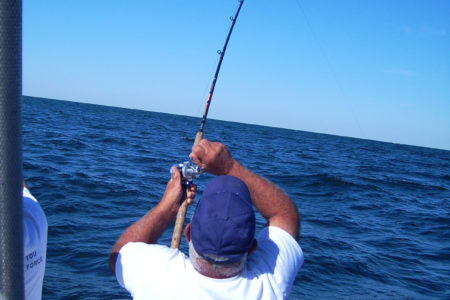 Fluke Tactics: To Hold or Deadstick

If you’re one of those anglers who swear by deadsticking, there are a lot of reasons why you might want to reconsider your technique.