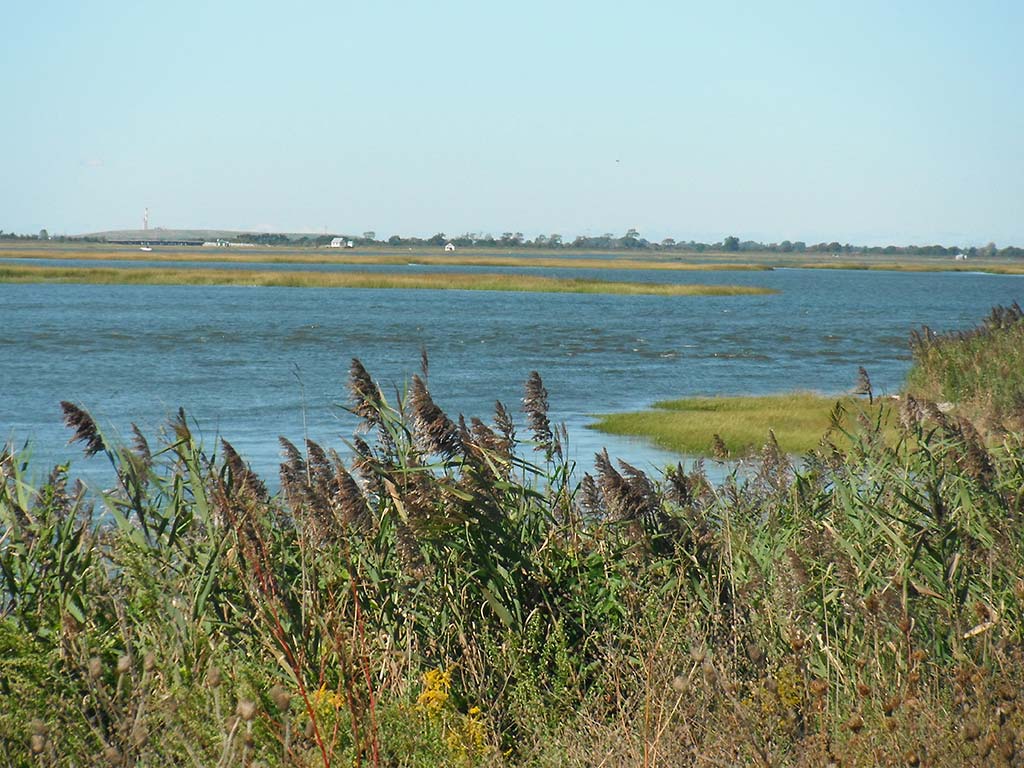 Stars illuminated my path through the piney maze that led to the water’s edge on this cool but calm late May night. Fishing past the midnight hour has its benefits, among them the quiet solitude that often comes with fishing the midnight watch. Senses become finely tuned to every sound that disrupts the eerie silence of a back bay shore, and any disturbance of the placid surface betrays the presence of feeding gamefish. It is the undisturbed nature of this shoreline that forms the basis for my visit here. unmolested by the sound of trampling boots, the lights of beach buggies, and the disturbance of wading anglers, stripers settle here, secure in an environment void of the unnatural sounds of human intrusion.

As I approach the shore, I pause to listen and feel for any clues that might reveal the presence of my quarry. After a few minutes, I begin to cast – there is no rush – patience is a virtue in this fishing, and as in life, listening is often the better teacher. My casts land with a gentle slap meant to attract, rather than startle any stripers feeding on the shallow bar. Soon, a wake appears 40 feet in front of me as a striper cruises into the shallows. As it settles into feeding mode, rooting sand eels from their sandy lairs, its tail breaks the glassy surface, sending me to another time and place, where bonefish tails send adrenaline coursing through my body.

Now the shallow flat before me is alive with wakes and tails turned skyward. It is a magnificent sight and one that few surfcasters have had the privilege to witness. I hold back my cast to savor the scene, knowing full well that my cast, and subsequent hookup, will spook the rest of the fish and send them rocketing off to the security of deeper water. Having absorbed the scene long enough, I directed my cast beyond a good size tail and began slowly retrieving the narrow bodied swimming plug. As it neared the feeding striper, the fish’s tail slipped below the surface and a wake appeared on course to intercept my plug. When the 20-pounder hit, it went ballistic, thrashing wildly on the surface, and sending the remaining bass scurrying off the flat, before making a beeline for the deep water of the channel. Soon, the 7-foot rod, Penn 360 Slammer and 15-pound braid combined to coax the fish back into the shallows where the barbless trebles were quickly removed and the fish sent on its way.

As I worked my way along the shallow shelf, two more tailing fish in the 10- to 12-pound class fell victim to the plastic imitation before the tide dropped and too little water remained on the flat for the fish to feed comfortably. Retrieving my 10-footer from its hiding place along the shoreline, I pushed out on the bar and lobbed darters and bucktails into the rips that made up in the deeper water of the channel. By the time the first hint of a new day was beginning to brighten the eastern horizon, a pair of teen-sized stripers had fallen victim to my Super Strike Darter.

Far from your classic South Shore surf fishing environment with crashing waves on long stretches of sandy beaches, the bay sides of our barrier beach provide opportunities not found on ocean beaches. While there is something to be said for standing toe to toe with a big bass or blues hip deep in the wash, and wind driven salt spray smacking you in the face, the quiet side offers its own set of virtues.

Solitude is just one of the many benefits of these back bay areas where fishing for stripers is not much different than fishing for largemouths in a small farm pond. Stripers will take up residence in areas with little or no disturbance, providing there is an ample food supply. Disturbances come in many forms, including the trampling of feet along a quiet shoreline, the repeated ka-plunk of plugs or baits landing in the same small area and repeated flashes of light on the water’s surface. Free of these disturbances, stripers will often feed more aggressively and linger longer. And for those who prefer to fish in solitude, the backsides and bays of the South Shore offer many miles of untrampled shoreline for those willing to apply a little creativity when it comes to accessing these areas.

These waters also tend to hold better and more consistent concentrations of baitfish and other food sources than the oceanfront, and even the inlets at times. Certainly, there are exceptions such as some falls when sand eels seem to blanket the surf, but over the course of a season, I’ve found it much easier to locate bait on the backsides, especially during the spring and summer. The bays are also the nursery ground for many species, including blackfish, sea bass, porgies, fluke, blowfish and flounder. The young of these species rate very high on the menu of striped bass. Add mussels, crabs, mantis shrimp and grass shrimp to the menu and you have a virtual smorgasbord for even the fussiest striper.

Structure is always key to locating good fishing areas and the back bays are ripe with all types of structure. Channel edges, flats, mussel beds, rips, marsh drains, creek mouths, small rockpiles, manmade structures like docks (especially those with lights over the water), and of course bridges. I have yet to meet a bridge that did not hold stripers, and the shorelines adjacent to bridges have provided me with many memorable nights.

Your senses rise to a new level when fishing these areas deep into the night. The sounds of feeding fish come easy to the ears, and the swirls or wakes of feeding fish are unmistakable to the eye. When a fish strikes your plug not far from your rod tip, the explosion will jolt you out of the deepest sleep-deprived trance.

Ideally, you would carry two outfits when working these areas, but it may not always be possible, or necessary. There will be many nights when a 7-footer with 15- or 20-pound test will cover your needs, especially these days with small stripers dominating the fishery. A rod that can handle your typical minnow-shaped swimmers like Bombers, SP Minnows, as well as the smaller Mag Darter and 4-inch metal lips, is ideal. That rod is also well suited to tossing bucktails and soft plastics. And if your forays last until the eastern sky begins to brighten, you will want to make the switch to small Super Strike poppers or spook-type topwaters.

If there are big fish in the area you are targeting, standard 10- or 11-foot surf sticks and 30-pound braid can be used to deliver unweighted live eels, full size darters, medium and large Danny-style metal lips, pencil poppers and other large topwaters like the Doc. The same outfit can also easily deliver those always effective 5- and 6-inch swimmers. While we have been talking mostly bass, these waters harbor their share of blues and weakfish, and mixed bag action is always a possibility. In fact, these backwaters offer a far better chance of connecting with weakfish than any of the oceanfront beaches.

There are many easily accessible back bay and backside areas along the South Shore, and many more areas that are more difficult to access but provide the solitude referred to earlier. Among the more easily accessed are the backside of Jones Beach from the Work Dock to the fishing piers; Green Island and the marshes surrounding the Second and Third Wantagh Bridges; the backside of Tobay and the backside of Gilgo opposite the 4×4 entrance. Further east, the backside of Robert Moses Fields Two and Four; the mainland shore, especially the Bellport/Mastic area and the backsides of Smith Point and Cupsogue.

The increased use of electric bikes like the Rad has opened up a whole new world of access. A classic example are the coves and marshes that line the south side of the State Boat Channel between Captree and Gilgo. They also border the newly opened bicycle path that borders this shoreline making what was once very difficult access, a piece of cake for those using electric bikes.

Of all the fishing disciplines, surf fishing is as much about the hunt, as the catching. And it is these back bay areas that remain an oasis for casters intent on finding their own fish, discovering new areas and figuring out the intricacies of tide, wind, moon and bait that conspire to produce fish in that location. The opportunity to find the satisfaction that comes with accomplishing these tasks is limited now to areas which are often the most difficult to access. To places where all but the most knowledgeable striper hunters would risk the cost of a tide for the slim chance to add another spot to their list of striper haunts, and far from the jabber that permeates the internet. There is a certain magic to these shores during the deepest part of the night, when stripers prowl less cautiously, and your senses rise to a higher level of intensity. Once found, these areas will reap the rewards of solitude, and more importantly, the satisfaction that comes with knowing you did it on your own.