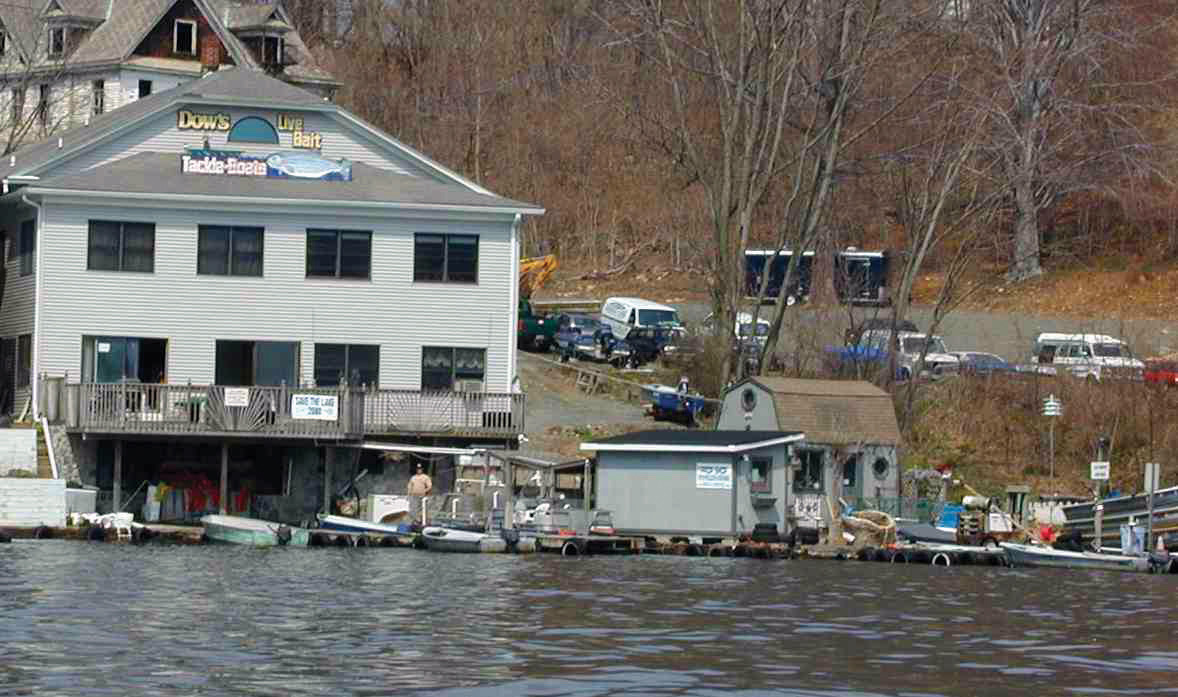 Every young boy lives in the sunrise of life. A gathering of conscious light growing taller like his body. During Matt’s eighth summer, Lake Hopatcong felt like a limitless mystery, potentially rewarding my son and I with fishing success that would impress us as deeply as the lake seemed to fill an entire world.

In July, I motored off from Dow’s Boat Rentals before sun-up, our first time in a boat on the lake. We wanted to catch hybrid striped bass. While fishing a drop-off along Air Castle Isles, we caught a couple, but they were little fish not even 9 inches long. A stiff breeze from the north blocked by that shoreline made fishing here pleasant compared to Pine Tree Point, where we tried first, though Matt wanted to fish Sunrise Point because the man who rented us the boat said we should. Here to the south and east of Matt’s longed-for destination we live-lined herring with no weight added just as the proprietor had recommended, but heavy surface chop only seemed to carry the bait as would a river current. Air Castle Isles awaited right around the corner out of the wind.

When we returned to Dow’s much later, the proprietor met us again. I offered a detailed report; he listened to every word. And then he said, “If you had gone where I said you should go, you might have caught big hybrid bass. A guy caught two 6-pounders there this morning.”

“We’ll go where you point next time,” I said.

As I gathered belongings to hike to the car, I considered well this beginning of a long relationship between my son and me as customers, and the proprietor with his finger on the lake’s pulse. There would be a next time – many in fact.

In August, we got word from him on where to go while I paid for the boat rental and herring bait at the desk. Sunrise Point. As if the sun rises eternally for any who hope, the spot seemed as ubiquitous as the fact of daybreak always happening somewhere on this planet.

“That’s where we’re going,” I said. He said nothing, offering a steady look. I gazed back to confirm no breaking of my promise.

A 9.9-horsepower outboard drives a 14-foot fiberglass boat with all the sufficiency needed on this lake. Our destination less than a mile-and-a-half distant, the journey seemed longer than it really took. Not an impatient passage, but a breaking away from routine. The world is too much with us. We took leave in hopes of catching a dream. Business can’t afford such a bet. The bottom line ties everything down for results, but nature upholds destiny for any who dare conspire with abundance.

Who doesn’t know dreams may beguile in a deceptive way? Catching just that fish imagined is as rare an event as cornering market demand. Matt talked about hybrid bass as Sunrise Point beckoned in view. Not a dramatic-looking spot. A few boathouses jutting out from land protruding slightly. He spoke of walleye also. He had only seen the 9-inch hybrids we caught in July, except for big ones featured in photographs in Dow’s shop. Two big ones mounted on two of the walls. He had seen me and a friend catch walleye on the Delaware River.

We anchored over 25 feet of water. This allowed us to put out two lines apiece baited with live herring and to cast broken nightcrawlers weighted by split shots using ultra-lights, tempting panfish from shallower water. Matt had caught plenty of sunfish, largemouth bass, smallmouth bass, trout, striped bass, bluefish, pompano, some pickerel from age 2 until now, but this morning was another day; his responses to taps on his line hadn’t jaded at all.

I enjoyed bluegills, pumpkinseeds, also. A perch or two. But as I would check on the herring lines, I felt a larger order of possibility. After an hour or so, I heard a loosened drag cricket. One of Matt’s reels.

I lifted. At that moment, the fish took line rapidly, entangling between the spool and pickup guide. The spool had continued to spin when the fish slowed. My fingers began working like lightning to ward off the impending disaster.

“Hold the rod ready to set,” I said under my breath, getting the mess straight with a split second to spare. With line running free, giving the fish some excess so I could tighten the drag about right was a cinch. The two of us set the hook together, and then Matt enjoyed a dogged fight before I netted the 5-pound walleye. He had never before displayed such pride for any catch. 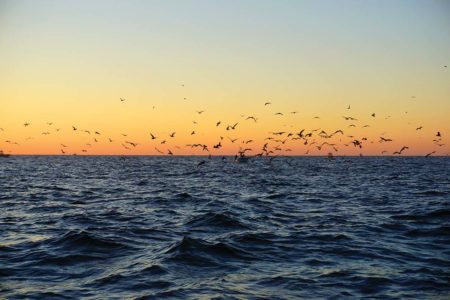 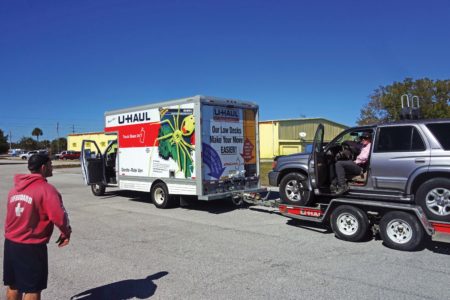