Scenario #1: You make your way out onto your local rock jetty that flanks the west side of a large outflow. The tide is a little over four hours down, and the raging current of a new moon tide has just begun to ease off a bit—the magic window is upon you. As you approach your preferred casting rock for this stage of the tide, you notice a dark silhouette leaning into a good fish just down-tide of where you plan to cast. It doesn’t take long to recognize the shape as Pete, the up-and-coming surfcaster who you’ve shared several tides with this season. Recognizing this friendly face, you approach and offer to help land the bass, which is now finning on the surface several feet away from Pete’s precarious perch. He gives you the okay and you haul up a decent bass of about 32 pounds. Looking down at the fish, you see a JoeBaggs eel jig stuck firmly in the roof of the fish’s mouth. Passing the fish over to Pete, you ask what weight eel jig and he responds with a bewildered, “I dunno?!?! Maybe 1.5 ounces, maybe 2. I can’t tell the difference in the dark and just test a jig to see if I have the right weight for the stage of the tide. Usually it only takes me a few casts, this fish hit right away so I guess I got lucky tonight!”

Scenario #2: Fluke season is finally under way and you decided to do a full-day trip on a head boat with your wife. Approaching the midpoint of the day, the fluke bite has been decent with four flatties in the cooler between the two of you (three by her, of course!) as well as a bunch of shorts returned to grow a few more inches. Your wife also landed a black sea bass that weighed a solid 3.75 pounds to go along with several hubcap-sized porgies and a big sea robin that you landed which will make for a great mixed-bag fish fry tomorrow. Your wife’s success has not gone unnoticed along the rail, and the small group of guys to her left who are all decked out with fancy gear, the hottest jigs and the newest colors of Gulp! have been not-so-quietly debating the key to her prowess at the rail. Knowing the drill, your wife quietly leans over to you and whispers, “I was using a 1.5-ounce Spro Prime Bucktail when we started, but now with the current slowing up I switched to a 1-ounce jig. I have a ¾-ouncer in my pocket, ready to go when it slacks off, too. Maybe you should go lighter, I see you’re still using the same 2-ounce jig that you suggested I start with on the first drift.” You heed her advice and quickly add another keeper to the cooler.

Take a look at just about every single one of my jigs or lures—from needlefish to bucktails to diamond jigs—and you should immediately notice something. On each lure, generally right near the nose or line tie, is a notation made in permanent marker with the lure’s weight clearly listed. Dark lures have the value noted in silver while light colors have it in black. To ensure the marking lasts as long as possible, a dab of clear nail polish covers the number.

On hard baits like lead jigs, chrome-plated diamonds and plastic darters, the weight will rarely change from its original value (so long as the hardware doesn’t change.) However, on even the best-sealed of wooden plugs, some amount of water absorption will occur over time with heavy use. This is further affected by the hook swing and teeth marks that are worn like a badge of honor on an old warrior. I will also note that even on high-end lures, the weight will vary from lure to lure before it ever touches the water. This is true of not only wooden lures which have varying weights by the nature of the wood used, but I have also found this to be true of plastic lures which one might assume would be far more consistent.

One last note in weighing lures which might receive different hook configurations for different applications, weigh them naked without any hardware attached. You want to know the bare weight of the lure and then you can adjust its swim by using different size, style and maker of hooks to best suit a given situation.

For a bonus tip, if you suddenly find that a wooden lure goes from dud to stud, or vice-versa, give it a re-weighing (sans hardware of course); you may very well find that the lure has taken on additional weight leading to its newfound success or failure. 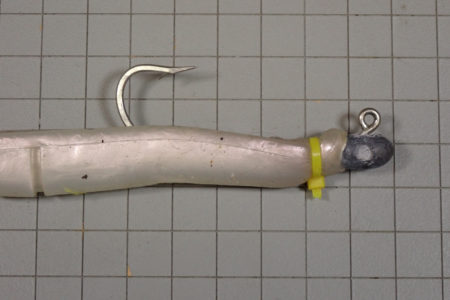 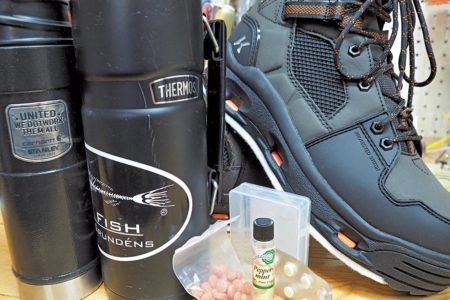 Migraines, mal de mer, sore feet and cold coffee are sure ways to ruin any fishing trip; here’s a trio of tips to combat them all.