The first boat that Gina and I owned was a 25-foot Aquasport walkaround with a single 250 Yamaha hanging from the stern. I had never driven a boat before, and on the day I picked it up I nearly crashed into several boats in the marina. I’m not going to lie, the first two years of us owning the boat were tough.

During the third year, I started to feel a lot more confident.  I began browsing websites and asking questions on various offshore topics. Thankfully, I’m stubborn because I had a bunch of people tell me that based on my questions I had no business heading offshore. Let’s be realistic, most guys don’t like being told that they can’t do something. So, with a life raft, EPIRB, ditch bag and all other safety gear on board it was time to look for tuna.

I can’t imagine how scared Gina must have been. She feared the ocean. I could thank her dad for that from all the tales he told of his days in the Navy. We broke Moriches Inlet and headed towards the Coimbra Wreck. You could not have asked for a nicer day. To this day, I can close my eyes and relive that ride out. Sun glistening off the water and not a cloud in the sky.  After about an hour or so we arrived at our destination, with no whales, dolphins, birds or boats in sight. 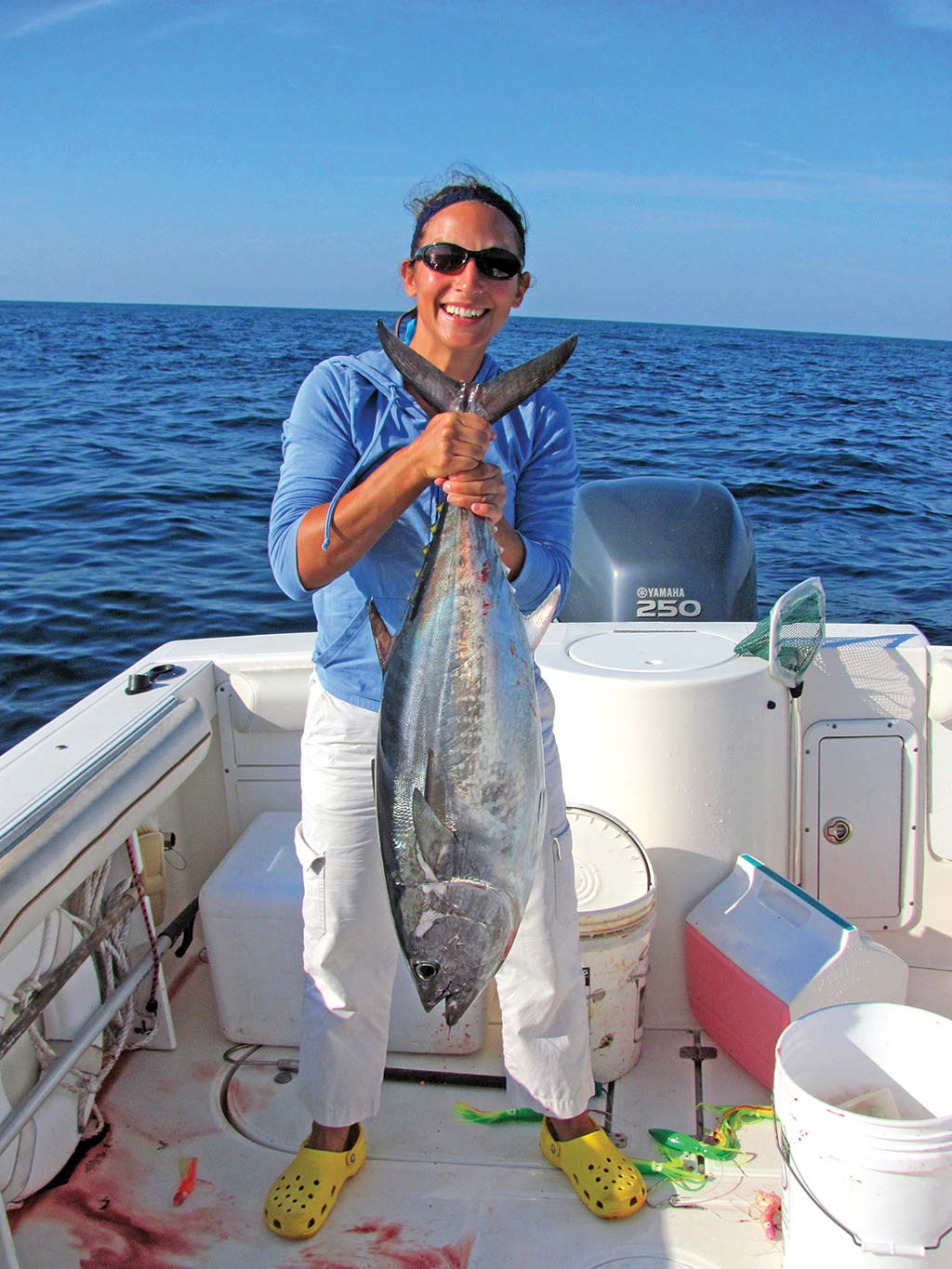 Our spread consisted of five TLD 20s spooled with 50 pound braid. We had one daisy chain, one spreader bar and three squid bulbs. I later found out that the squid bulbs weren’t meant to be trolled by themselves. We didn’t have outriggers so I had purchased a pair of out-rodders. We trolled two lines on each side and one down the middle. By 7 a.m. we were officially tuna fishing.

I don’t know what it is about saltwater fishing that makes you so hungry but 5 minutes after we put the lines out we were already elbow deep into the cooler.  You would think that we would pull out the bagels that we brought for breakfast. Nope, not when you have cold fried chicken on board. As Gina and I stuffed our faces something happened that would change our lives forever. not one but two reels started to scream. We looked at each other and didn’t know what to do. I flung my chicken onto the dash, and started barking orders. Poor Gina, I must have asked her to do five things at once.

Gina began to fight one of the fish while I tried to clear lines. I quickly learned that when no one is behind the wheel the boat begins to turn on its own. Yikes, lines were getting crossed up. I’m moving around the cockpit like a chicken with no head. I clear one line and begin to fight the fish on the other line. A few minutes later Gina screams “I can see the fish,” so I put my rod down and I go over to Gina’s side of the boat. I get my first glimpse of the fish and can tell it’s a tuna. With gaff in hand, I scream out “it’s a bluefin!”

My heart is racing at this point. I have never gaffed a fish before, have one hand on the gaff and I’m trying to leader the fish with the other, making sure I can reach out and stick the fish. Instead, the gaff slips out of my hand.  My brand new never used AFTCO gaff is now floating away. It’s amazing how fast your mind can process a situation. I thought about diving in and going after the gaff. However, I quickly realized the boat was still in gear, the long line was still out and we had two fish still on. Goodbye gaff!

To be honest, landing one of these two fish was now worth way more than what that gaff cost.  Thankfully, I had another one on board. I sunk the second gaff into the fish and over the rail it came. We start celebrating only to realize we have another fish on. In no time, the second fish was coming over the rail.  We did it – we had actually caught our first bluefin tuna!

The day was far from over though, in fact the fishing got silly. Tuna kept hitting those squid bulbs as we were trying to reset them in the spread. I think we ended the day keeping two and releasing another eight. If I was able to bottle up the feeling that we experienced that day, I would be a rich man. 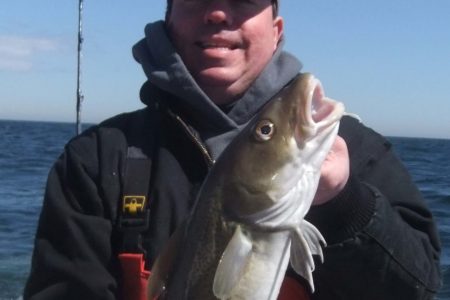 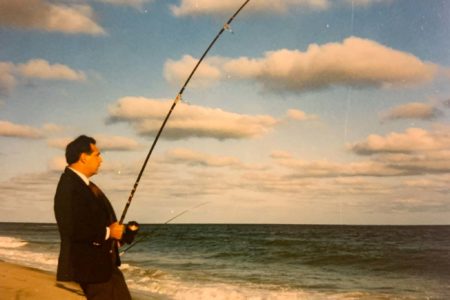