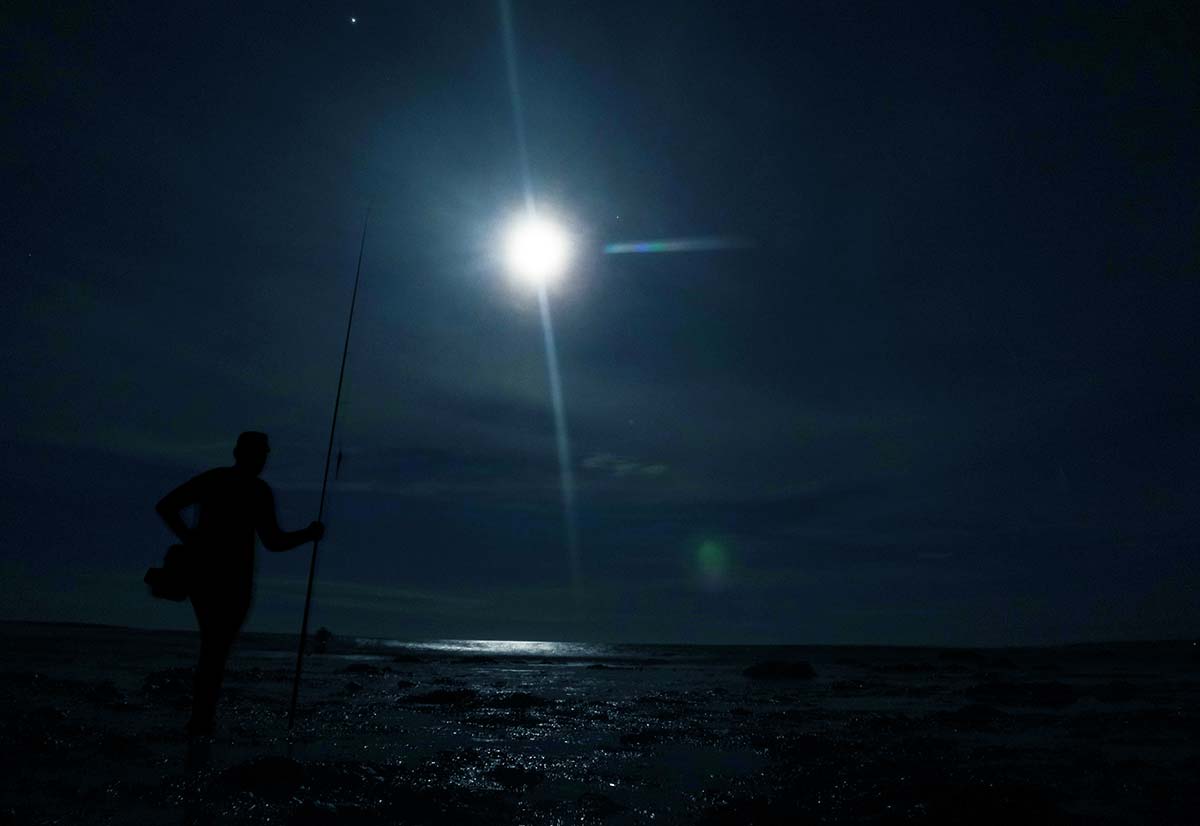 It was midsummer, probably 2006. My fishing partner Dave Parrillo and I were experiencing a lean stretch, and opted for a big move to Cape Cod where we settled on a pretty famous spot, Nobska Point in Woods Hole.  It was our first time fishing there, but anyone with a map would know we were putting ourselves in a good spot.

We arrived at dusk as other fishermen were packing it in, making the deep crossing to the big, flat boulder on the tip of the point to set up for a night of eeling. The first few hours were completely dead, but being that we had grown accustomed to slow nights – and were nearly two hours from home – we stuck it out into the wee hours.

I want to say it was hour three when the first action took place, a subtle take that felt more like a light ‘tick’ than the usual jarring strike of a striper eating an eel. I allowed the fish to pull the line tight before reeling fast, sinking the 7/0 circle hook into its jaw. The fish took off like a torpedo and wouldn’t stop. Visions of a striper well over 50 pounds materialized in my head as I leaned back on the fish and waited for it to slow down. Flipping on his light, Dave said “Dude, you’re gonna run out of line, you need to stop this fish before you get spooled!”

I lifted my cranking hand and hovered it over the spool before touching and applying some pressure. The line parted instantly. I, of course, blamed my partner for making me do something rash. He just looked blankly into the blackness and muttered, “But, you were going to get spooled.” I re-rigged and got back into the game, and within 10 minutes I hooked another freight train. I had tightened my drag before making the cast so I was putting more pressure on the fish from the outset.  I tried to manhandle this one, turn it early, but the line broke. I’m certain that my reaction was unfit for mixed company.

While I was re-tying it was Parrillo’s turn; “I’m on!” His words seemed to wince as he leaned into another freak of a fish.  I stood just behind him, like an umpire, and tried to offer moral support. His rod was bucking wildly as Nobska Light bathed the distant islands in her endlessly searching beam. His rod violently and suddenly whipped back to 12 o’clock – “off,” was all he said.  We were starting to feel helpless.

We traded battles with beast after beast, breaking off seven in total, landing exactly zero fish. We had reserve eels in the car but our bucket was empty. We weighed the options -should we go get more and risk feeding every last one of them to these faceless predators, or just call it a night, save the eels and lick our wounds? When we decided to leave, I felt like I was cheating myself and, as if placed there by some higher power, my headlamp illuminated a dead eel rising and falling with the waves on top of a clump of bubbleweed.  I hooked it on and pleaded, “Let me try one more time.”

It was only two drifts before I felt that tick and was tight to another fish with unbelievable power. The fish ran south toward Martha’s Vineyard, in a last ditch attempt to win, and I announced, “I’m not stopping this fish, if it takes all my line, it takes all my line. I don’t care!” In Dave’s chuckle I could hear the shape of his amused smile.

The fish continued to tear southward at a torrid pace. I lit up my reel and most of the braid was gone from my Van Staal 250. Finally, with maybe 20 wraps of braid left on top of my backing, the fish stopped! I cautiously leaned on her and she came with it. I reeled down and pumped her back again, she continued to follow. I went to work putting 20 yards back on the spool, yet she turned and took it all back with ease. This game of see-saw went on for at least five minutes. But I knew I had to make a move if I was going to have any chance of winning – so I took the 20 yards that she was allowing and then I flipped on the afterburners and gained another 15 in rapid succession!

I felt this massive fish turn, the line went limp for a split second, and though I’d whipped her into submission. She played along at first, then turned back, this time slow and steady while taking drag at an even pace, no matter how I changed the rod angle.  Finally, my leader just gave up. I reeled in to find that my 15-foot length of 50-pound mono was chaffed along nearly its entire length. Friends who fish offshore assured me this was the calling card of a large shark. They even went so far as to suggest that it was likely the same shark each time.

Whatever it was, I can tell you one thing, I have fished thousands of tides since then and I’ve never hooked anything else that pulled like those fish we hooked that one July night at Nobska. If only we could have seen one. 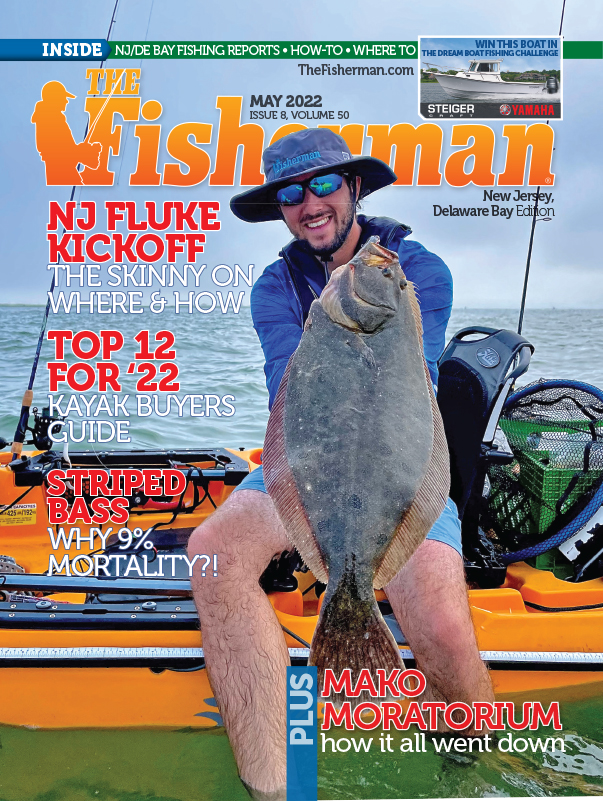