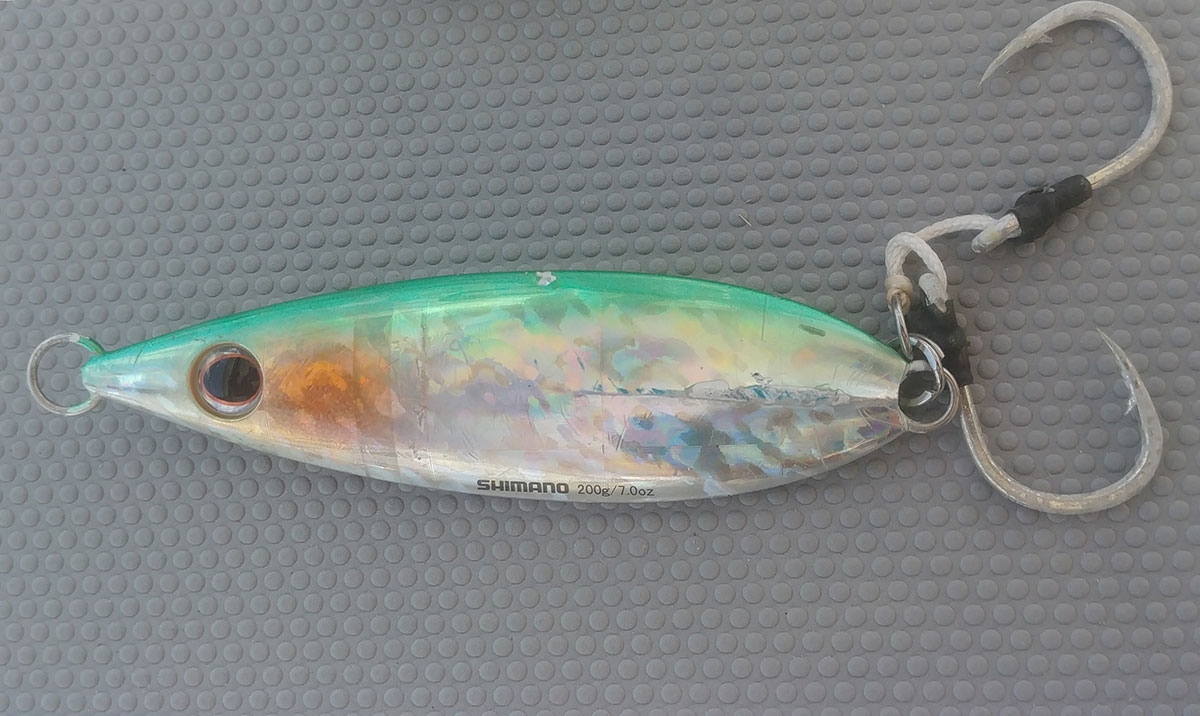 Most fishermen have witnessed, or heard about, unusual coincidences that have occurred while angling.  Numerous tales exist of dropping rods overboard or losing lures to fish only to see them recaptured later.  All of those stories, while statistically unlikely, don’t tax our belief system too greatly.

The following true tale will test your belief system to the limits.  It defies logic, credulity and all statistical measures.  It had my crew and me shaking our heads in disbelief – wondering if we just witnessed it or dreamt it.

The Reel Family, my 33 Wellcraft Coastal, left its dock in Moriches, NY at 3 a.m. Monday July 22, 2019. We had been limiting out on these early morning bluefin trips for the past month, usually returning before noon.   Cruising with radar, clear skies and a decent amount of light from the moon, we arrived at the bluefin grounds, a bit southeast of the Coimbra wreck.  The forecast was a bit ominous with a few early thunderstorms and severe storms predicted for later in the evening.  I was fairly confident, after examining the radar maps, that we would have a decent weather window.  As we cruised out, we could see distant lightning flashes on the eastern horizon but clear skies to our west.

Our usual procedure was to troll up a few fish and then switch over to jigging with spinning and conventional gear.   By 4:45 a.m. our trolling lines were in and for at least thirty minutes we were the only boat at the grounds but we couldn’t find any whales or bait.  By approximately 5:15 a.m. a center console sporting triples on the transom pulled in.  I hailed Triple Play on the VHF and we agreed to keep each other posted if either of us found the bait and fish.  They were heading south and we were looping back to the north and west.  About fifteen minutes later, we spotted whales about a mile to the west and as we trolled over, another sport fisherman pulled in and started jigging.  By the time we arrived at the whales, the other boat was already tight to a fish.  We quickly pulled in the trolling spread and switched over to jigs.  Before I could climb around to the bow and drop my jig, one of my crew was tight to a nice fish.  I am not a fan of multiple hook-ups when jigging so it was lines up for everyone else until we boated a decent 46-inch bluefin.  We proceeded to boat a few more, including a 56-inch fish and an under of 44 inches before things started to get strange.

By this time, there were about five boats, including Triple Play that I called in to the action, and about twenty or more whales and countless dolphins.  Chris, one of my crew, yelled out “I’m in,” our signal for lines up.  He quickly shouted that he hooked a whale and not a tuna and I told him to lock up his spool and break it off before he lost all his line.  As soon as he broke off the jig and leader, a 30- to 40-foot finback whale surfaced and let out a deafening roar, unlike anything I ever heard come from a whale.  We all looked at each other and proclaimed how amazing that was.  Another one of my crew, Craig, commented, “That was just the whale telling you that he will bring the jig back to Dean later.”  We all laughed, certainly not taking the comment seriously.   Over the next thirty to forty minutes, we boated and released a few more bluefins.  I snapped an assist hook on a really big fish after three furious runs and pulled the hook on another good one after a ten minute battle.  There were still plenty of whales and boats around us when things turned from the unusual to the surreal.

John, while fishing off the transom, yelled out that he was hooked up again and then, just as quickly, he dropped what he thought was a decent fish.  As he reeled in his line, the jig that was previously lost into the whale was now attached, hook to hook, to his jig!  No one could believe it – somehow John managed to hook the lure that was lost by Chris, then unhooked it from the whale and we got it back.

While we were all shaking our heads in disbelief, Chris was quick to say, “Great, I got my jig back.” To which I said – “B.S. you’re the last person to have a claim!” Chris pleaded -“What do you mean?  It’s my brand new Shimano Butterfly jig.”  I explained my reasoning. “You lost it, John got it back, but Craig the ‘Whale whisperer’ predicted it was going to be given back by the whale.  So, you lose!”  He realized the futility of arguing with the captain so….

That lure now sits proudly on the Reel Family’s dash, never to see the water again!